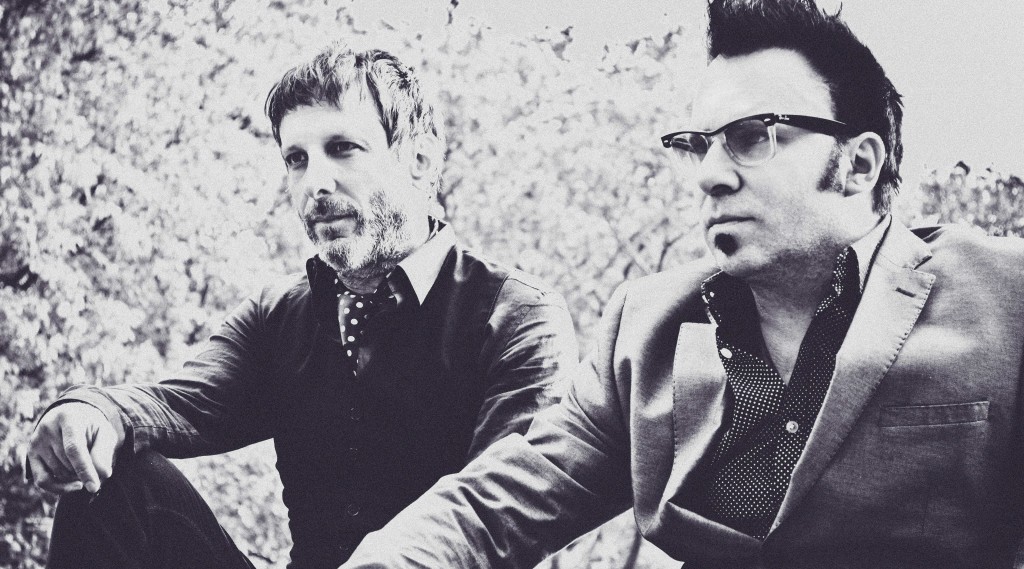 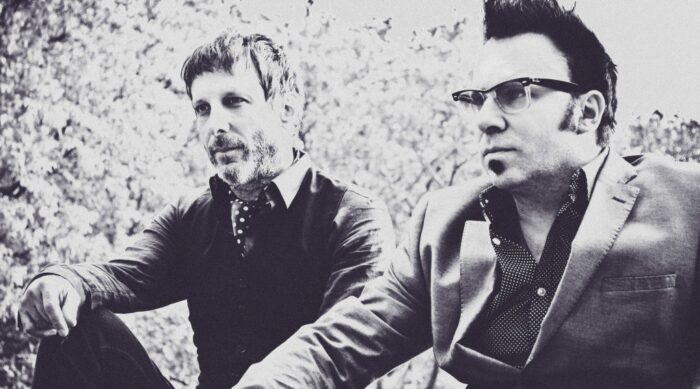 “Seeing Echo and the Bunnymen opened my mind to the possibilities of enveloping the audience in sound.” Louder Than War’s Dave Jennings interviews Mercury Rev’s guitarist Grasshopper ahead of their Manchester show.

Mercury Rev, one of the key alt-rock pioneering bands, are back with an outstanding new album, The Light In You, their first for seven years. The consensus is clear that this is a band back to the top of their game, with their trademark orchestral soundscapes once again to the forefront of the mix. Currently engaged in a tour that takes in Europe, Japan and Australia, we caught up with Grasshopper, guitarist and one half of the constant duo in the line-up as he prepared for the band’s show at the Royal Northern College of Music in Manchester.

The band delivered a show that was breathtaking in it’s visual and sonic impact. Semi-shrouded by lighting effects and dry ice that offered a perfect ambience for the soundscapes that washed over the spellbound audience.  Jonathon Donahue was mesmerising; a tightrope walker who treads the high wire between melody and mystery with a rare skill. He fires up  the performance, visiting each member of the band in turn to conduct and urge them on while Grasshopper is the perfect foil, composed, controlled yet also lost in the sound. The set was the perfect blend with tracks from The Light in You, the classic All Is Dream from 2001 and their career defining Deserter’s Songs alongside great versions of Car Wash Hair and Frittering from debut Yerself is Steam.

LTW: You’ve had a fair bit of time away from the studio, what’s it like to be back again?

Grasshopper: We didn’t really stop – we did a tour in 2011 promoting Deserters Songs. We started writing for a new album after that but then Hurricane Irene destroyed John’s house and we lost everything. It was a horrible time, John literally lost everything and we had to start all over again in 2013, so that explains the delay. It’s great to get the band back out playing, we’ve played a lot of festivals but touring like this is what we love.

There are a range of themes you consider on this album; addiction, loneliness and aging among them. Is this a reflection of personal situations?

The album has an arc to it like the vinyls we loved when we were growing up. We wanted it to tell the story of someone going through some tough times. A lot of it was Jonathon losing everything. Also my mother was diagnosed with Alzheimer’s so she was living with that and I was obviously preparing for her care, so times were tough. Making music was kind of a salvation, hence the album’s title ‘The Light in You’ – it’s to keep making music, keep moving on. Dealing with a lot of heavy stuff you dig inside yourself, you have to find that creative spark. Life goes in cycles and sometimes things get really hard but music is what binds us together – me and John, the band, us and the fans. We all have those albums we go back to in tough times and that’s what we wanted to convey on this record, what we want it to represent.

There’s also songs like Rainy Day Record and Are You Ready that focus on the pure joy of music and namecheck your influences.

Rainy Day Record is about putting on an old vinyl and falling back in love – listening to it again and hearing things you may have missed first time round. We list a bunch of bands that were influential to John and me from when we first met, like The Fall and Talk Talk. It’s something that was really special, like making a mix-tape of your records for a new girlfriend, now I guess you’d make a playlist or something. Just taking the record out of the sleeve and putting it on the turntable was magical, listening to it and studying the artwork, all those things were part of the experience. Jonathon and I still love to listen to stuff together on the tour bus – we even listen to our local radio station from Buffalo on a Sunday – that makes you feel at home.

Are You Ready is like a celebration of meeting this girl at The Scene, which is like a club in New York City, and she’s picking different songs on the jukebox. It’s about falling in love and finding that connection in music between yourselves.

Thinking about vinyl, when you are recording, do you have the vinyl format of around forty minutes in mind, or is that something that’s been lost from the recording process?

We always think in terms of vinyl when we make our records. That’s the format we know and love and the sort of thing that’s influenced us, stuff like John Cale’s Paris 1919 and Lou Reed’s Transformer they last around forty minutes and that’s how we think when we make a record. Sometimes with CD’s, there’s a temptation to fill the full 80 minutes but sometimes bands put a lot of shit on there so working with a vinyl product in mind helps the quality control too.

What’s your feeling after getting back into the studio after such a long break? Are you up for more recording or ready for another break?

I’m keen to do another record quite soon. We may write in January and February as we’re playing shows in America next spring and then we’ll be doing festivals throughout the summer. Winter in the Catskills is pretty hard with snow pretty deep which means you can’t really travel far so in the studio is the best place to be. We write in different ways – sometimes Jonathon comes in with something seventy percent done and I’ll just add to it, other times I’ll have something and other times we’ll write together from the start. We tend to write songs in batches so we have really creative bursts and the songs come to life in the studio as we use it as another instrument. We’ll maybe write the melody on piano or guitar and then have oboes, French horns or strings to play those parts.We just see what works best on that song. We like so much different music – punk, rock ‘n’ roll, psychedelic, children’s music, Broadway musicals, The Beach Boys, The Band and so on. We try to go for those cinematic moments and basically try anything that gives the song a different colour.

How big an influence is the environment of the Catskills on you as musicians?

The Catskills are important to us as when we lived in New York I think our music was a lot more aggressive. You get beaten down by the city and you have to do everything faster as it costs so much. In the Catskills it’s a lot more laidback and bohemian lifestyle so you can take your time. It has the history of being an artistic community with the likes of John Cage, Dylan and Janis Joplin and The Band, who we love, having lived there.  It’s kind of like Brighton over here- you’re away from it all but still close to the city.

You’ve always been an explosive live act with a loyal fan-base. However, circumstances change and touring is hard work. What are your thoughts on the process of touring and playing live now?

Touring is hard work but we still enjoy it. There’s a difference between playing clubs, which tends to be quite pressured in terms of time and doing festivals where you have more time between but a lot more people watching so more pressure that way. We have a great rhythm section and we really want our gigs to be a real rock show. I saw loads of the punk bands like Ramones and Black Flag when I was younger but they always had crappy PA’s which affected the sound badly. The one that had a real impact on me was Echo and the Bunnymen on the Ocean Rain tour. It opened my mind to the possibilities of enveloping the audience in the sound. Jonathon loves the Bunnymen too and we’ve always tried to get up to that standard of live sound.

Mercury Rev certainly demonstrated their live prowess with a visually stunning show of rare power. They remain an essential live experience and the Light in You provides ample evidence that their song-crafting skills remain as keen as ever.

For more information on Mercury Rev please visit their website. They are also on Facebook and Grasshopper tweets as @mercuryrevvd.