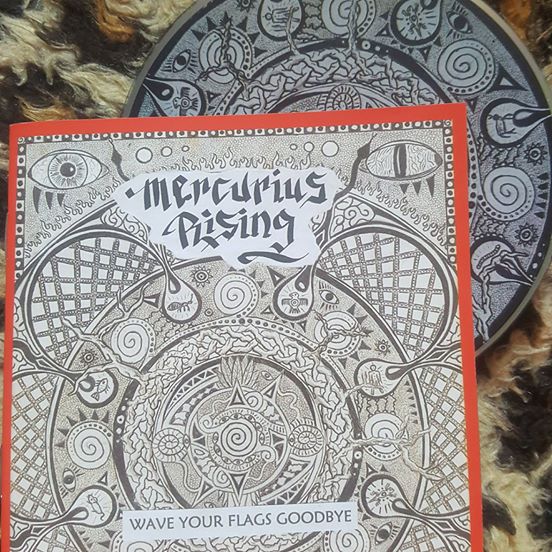 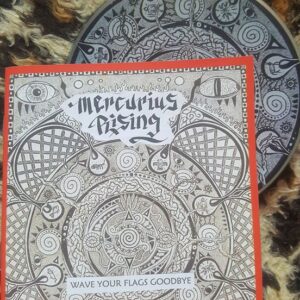 WTF do you call this?  It’s got a folk thing going on – being mainly acoustic.   The saxaphone and harmonica give this a deeper dimension.  The fiddle jumps in every now and then to add emphasis, melody and a touch of melancholy like Mutiny, Kilnaboy and a host of other folk-punk bands.  But then it’s got a ska sort of vibe to it in places, sliding towards the laid back beat of roots reggae, which will go down well with fans of Inner Terrestrials.  At times they have the lolloping gait of the more folky output by Joe Strummer and the Mescaleroes. Vocally, take a boisterous argument in the pub, add an occasional pinch of The Streets, Tim Armstrong’s ranting Rancid style, and a sprinkling of crew choruses and you might be there. There is a rebellious “fuck you” punk attitude to the songs but something in the delivery sounds almost pessimistically resigned to a life of struggle that really brings to mind The Mob. They are singing about their life, their world.

Mercurius Rising are less of a band and more of a chaotic collective with 10 people featured on this CD, based around a core of 3 people.  And the instruments!  There’s a fucking Oud on this here CD.  An Oud I tells ya.  If this band was a person they would be one of those messy wreck heads who collapse by your fire but when they come round they turn out to be really switched on with a sense of humour and a wry smile.   The lyrical content is impressively clear, salient and well thought out.  Take this line: “The first rule of economics is the rich make all the rules, if we spend their dirty money they treat us all like fools”.  Some of their songs are straight forward agit-propaganda and some are personal travails of living on the road, on the street and beneath the radar, but it seems so honest and genuine that it must all be informed by experience. This album is almost a manifesto. It’s clear throughout that Mercurius Rising come from the street and they’re staying there.  No pretensions of becoming something “big” and the thought of selling out just isn’t even a question you should ask.  Attitude well displayed in “DIY” with it’s response of “til I Die” and “Community” all about a community farm in the Forest of Dean subject to a vicious eviction – “Community before the profits of a few, we live among a landscape dominated by the suits”.

Mercurius Rising have a colloquial rather than empirical approach to tackling their subject matter – poets not politicians. For example, in “Great Britain”, laid out over a V for Vendetta mask in the lyric booklet, they provide their analysis of this country’s global political fuck ups as if they were having a stiff word with their pal who’s started taking the hard stuff : “Your racist perspective is fucked in the head, mate, and Britain you need to stop now”.  If you start with one little war it’ll only lead to another.  Just say No.

It’s often been said that there was something Dickensian about Johnny Rotten but these modern day urchins go one step further and sing about going on the blag. “Free Spirits” is a manual for your modern day Oliver Twist and Mercurius Rising are the Artful Dodger.  It’s from the same stable of cartoon punk criminality as Rat Scabies on “Burglar” but offering more practical advice. follow these tips, dear free spirits and you too can drink free spirits.

Despite the cries of “Never Trust A Hippy” (I always think that was probably aimed at one particular bearded capitalist hippy) there has always been a blur between one end of the punk scene (movement?) and the countercultural element within the hippies.  ATV and The Mob hooked up with hippy bands.  Anarcho-punks grew spikes into dreadlocks and joined the convoy.  Punks took on vegetarianism and caring for the planet but with para boots and sosmix instead of jesus boots and lentils.  And then there was the propensity for a wide variety of drugs. You get the drift….Anyway, my point was that this lot fall into the hippy-punk crossover, but with a clear 2 fingers in the air so you know which side of that fence they fall.

You can buy this CD from new label Shatterpunk with the wonderful catalogue number of SPUNK001.

Or steal it.  You know they’d approve.

Mercurius Rising can also be found on Facebook and probably going through the bins at your local supermarket.