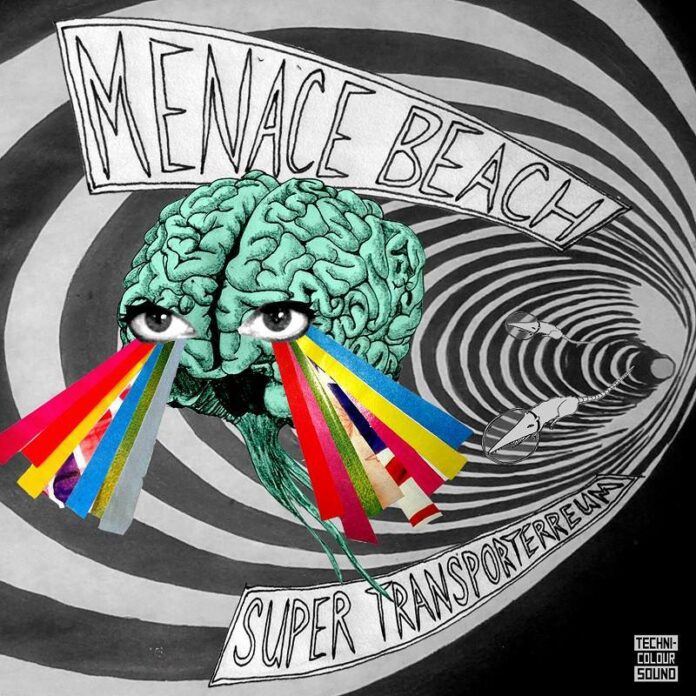 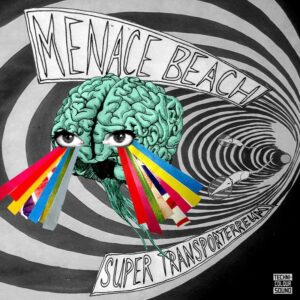 Menace Beach are on a roll. Despite releasing their full-length album Ratworld a mere 9 months ago, they have a yummy new treat for fans – the Super Transportereum EP. Even if you weren’t that impressed with the band’s release earlier this year, that’s no reason not to give their frenetic new EP a spin. Lisa Sookraj reviews.

The band from Leeds continue their crusade to make hazy, crunchy indie fuzz-pop – inflected with brit pop, psych rock, garage rock and 90s alt and indie rock in general (bringing to mind bands like The Pixies, Breeders, Blur, Man Sun, Slowdive and My Bloody Valentine). This time however, the underlying shoegaziness takes a backseat to a more forceful retro-future kind of power.

The supersonic title track starts things off, named after a hallucination Menace Beach’s Liza Violet experienced. It’s just as fat and forceful as you’d expect the use of three layered bass guitars to be. The varied paces really make this track, which slows to half-pace, sustained, ethereal and stonery before ramping up again, taking the listener on an interstellar trip as lazer sounds bubble and fizz in the background. Chillaxed and dreamy, it’s like getting your buzz on poolside while the sun melts your tri-coloured rocket popsicle.

“Radiate Me” feels like a contemporary take on psychedlia and there are essences of this also on “Hey Toupe” though it’s ruled by its fantastical explosion of fuzz and heavy dose of 90’s nostalgia – an understated chorus of woah-oh-oh-oh super saturated in reverb. This is a good example of how Menace Beach master poppy and punchy, dynamic yet contained and controlled, spiraling the simplistic into stylish slacker sound that’s all their own.

“Ghoul Power” drives this slacker kids vibe home strongest, with its tongue-in-cheek groovy, yet thrashy, modern take on brit pop feel. The playful, sexy attitude and boy/girl vocals on this spongey track bring a Blur meets Elastica kinda collaboration to mind. You want to hang out with the cool, hip kids in Menace Beach. You want to sink into some thick shag carpet with them and you’re eager to see what sounds they plan to send your way next.