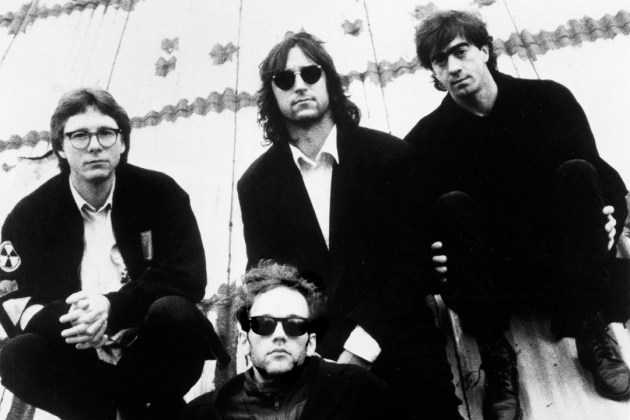 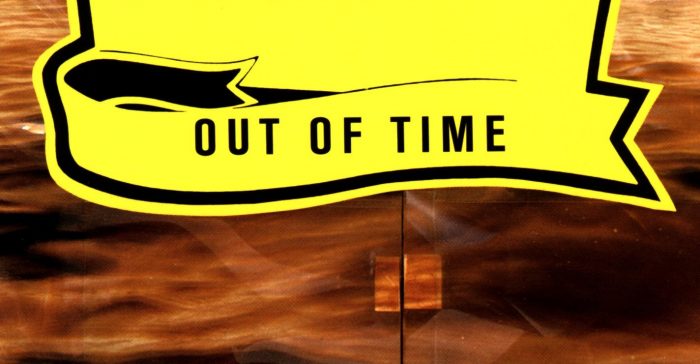 R.E.M.’s career can be precised quite handily – pre ‘Losing My Religion’ and post ‘Losing My Religion’. Before said track, they served as a kind of American Smiths – literate, shifting and admired by the indie faithful. After ‘…Religion’, though, they were flag-bearers for the so-called alternative scene, a pivotal part of US music and a group that influenced everyone from Nirvana to Kings of Leon.

Out of Time is not only one of R.E.M.’s finest records (although in their extensive career they created a fair few), but it’s perhaps the band’s most important; it would provide them with their first number one album, after years of gradual ascension, would see them achieve global adulation and, conversely, would see the end of the band’s regular touring.

After signing to Warner Bros in 1988, the Athens four-piece were already on their way to being commercial heavyweights with their major-label debut Green. For that record, the band’s restless creativity came to the fore, with the foursome often swapping and changing instruments to keep things fresh.

This approach bled into the recording of Out of Time; crucially, one such instrument change saw guitarist Peter Buck begin courting the mandolin. While mastering its dynamics in front of the television, Buck stumbled upon a mandolin motif that would, arguably, change the band’s career indefinitely; almost accidentally, Out of Time‘s lead single, ‘Losing My Religion’ was born.

The song’s success may have caught the band slightly off-guard, but it didn’t dent Out of Time‘s credible clout; when released, it garnered rapturous acclaim, globe-gobbling sales and a raft of Grammy awards.

The beauty of Out of Time is in its playfulness – just take a listen to opener ‘Radio Song’, arguably one of the group’s finest. It distills within it the strengths of the band – beginning with Buck’s gently twinkling guitar arpeggio, Stipe’s gravelly burr sighs: “the world is collapsing around our ears / I turned up the radio / but I can’t hear it”. The song then bursts into life, propelled by a propulsive, funky bassline, swelling strings and, even more surprisingly, a guest rap from KRS-One, another first for the band.

This newfound welcome of guest vocalists continued with ‘Shiny Happy People’. Similar to ‘Radio Song’, it had swooning strings that leaped into Buck’s irresistible country jangle, Mike Mills’ stirring bass and a delicious three-part harmony that introduced The B-52’s Kate Pierson, a fellow Athens alumnae, into the fold (she also pops up on the closing ‘Me In Honey’). Another milestone moment, ‘Shiny Happy People’ yielded yet another monster hit for the band, but they were all-too-wary of its sugary appeal; when they eventually began touring again, sporadically from 1995 to 2008, ‘Shiny Happy People’ was locked firmly in the mothball drawer.

Already the band’s de facto multi-instrumentalist, Mills took his requirements even further on Out of Time, taking lead vocals on two of the record’s standout tracks. The bassist had previously sang on their cover of ‘Superman’ (and would later sing the live version of earnest country-tinged rocker ‘[Don’t Go Back To] Rockville’), but after Stipe grew tired of two particular songs, Mills picked them up and ran with them. ‘Near Wild Heaven’ glides along on Buck’s bittersweet riff, a wistful piano lick and Mills’ unique vocal delivery. Later on in the record, he gave the urgent, folky thrash of ‘Texarkana’ the warm lilt it needed.

Elsewhere, there is a rustic beauty to the acoustic-led ‘Half a World Away’ and a taut tension that runs throughout ‘Low’. ‘Endgame’ is almost entirely instrumental, allowing the band to flex their musical muscles, while the stunning ‘Country Feedback’, embellished with winsome steel pedals, downbeat acoustics and Stipe’s rousing rasp, is one of the band’s most goosebump-inducing moments.

After Out of Time, R.E.M.’s role in rock was unparalleled. They delivered the elegiac Automatic for the People a year later, which took Out of Time‘s pastoral leanings and magnified them into a morbid, but mystical, collection. They delivered a slew of great albums after that, too, but Out of Time is still one of the band’s seminal moments, and where the second chapter of their career really began.