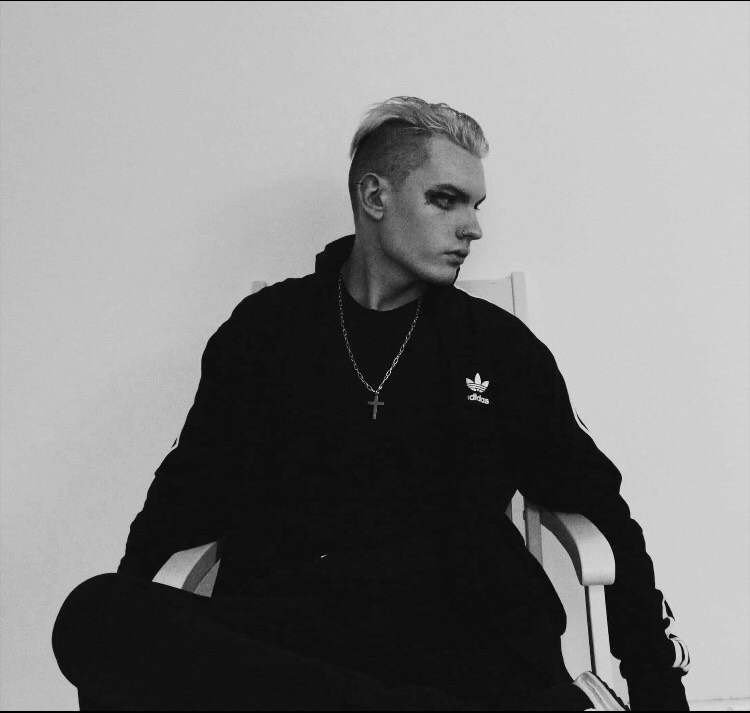 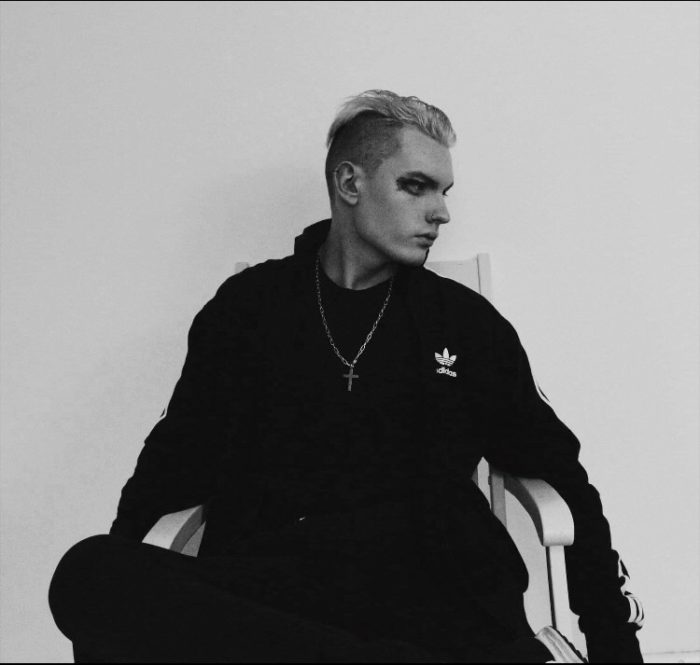 OJ Sault seemed to have the world flocking to his feet with lo-fi grunge trio Skin. But then it all went wrong. Surviving substance abuse and the band’s implosion, he’s back with ethereal one-man band Men in Makeup. “I love shocking people,” he tells Sam Lambeth. Let the mascara run…

OJ pours a glass of his namesake as he looks out over his surroundings. With each sip, he seems more refreshed, more reinvigorated. His hands remain steady and assured. “It’s utterly mad,” he begins, “that I spent three years of my life believing I only had one shot to make something of myself. That people were going to take three 16-year-olds that knew a few chords seriously.” Yes, today’s meeting is not a casual chat on the veranda – OJ is ready to pour Soult into his past, take no prisoners and, most importantly, claim his future.

When OJ first propelled onto the scene with Skin, he offered an intriguing amalgamation of some of rock’s most revered frontmen – a splash of Kurt Cobain’s off-kilter turmoil, Liam Gallagher’s gargantuan ego and J Mascis’ impregnable aloofness. Their music was a shaggy but sublime ride of rollicking riffs and jet-black brooding, with enough support to see them become a staple of the burgeoning This Feeling movement. When it all imploded, OJ felt totally adrift. “I sold my equipment to buy drugs, I spiralled out of control and didn’t see a way out of it,” he confesses. “I almost sold all of my guitars to find a brand new interest divorced from music. But I’m glad I wasn’t that impulsive. I used to see it as chasing a dream, but now that’s over I’m feeling much more positive. I’m excited to see where this new project can go.”

Those familiar with Skin will be initially stunned at this latest venture. The wonderfully-titled Men in Makeup are a complete contrast, offering sparse but seductive synths, moody beats and searing howls. “I love shocking people,” OJ grins. “I didn’t think anyone would ever hear this stuff, so my lyrics became more personal and the instrumentation became more adventurous. I was no longer constrained by the logistics of live music.”

Men in Makeup’s debut single, 20/20 Perception, recalls the lo-fi loveliness and scorching baritone of The Drums, a delicate and dreamy account of OJ’s brutally honest battles with mental health. “That whole period of my life was so difficult,” he sighs. “I was struggling with substance abuse, and my coping mechanisms for depression and anxiety were unhealthy. Then suddenly I had this song. It reignited the creativity I had been lacking and came together naturally. 20/20 Perception became the catalyst for lots of new material.”

OJ is engaging company, candid, good-humoured and at home reflecting on his successes as well as his failures (he happily concedes to being a “dick…but I’m open to synonyms” during his Skin tenure). As he preps for Men in Makeup’s forthcoming debut EP, bearing the suitably ephemeral moniker The Art of Depression, he beams widely. “I’m really happy with how it’s progressing. I’ve enjoyed the secrecy of it. I’ve set a benchmark in terms of my own sense of accomplishment with 20/20 Perception and aim to better it.”

As he takes another glance at the scorching sun, he seems content and thankful. “I’ve found my passion for music again with Men in Makeup,” he says. “My mental health may get the better of me sometimes, but in my opinion, this is the strongest I have ever been. For better or worse, nobody knows what’s coming.”

Indeed they don’t, but whereas before that statement would sound like a caveat, now it sounds like unbridled hope.

Men in Makeup are on Twitter. 20/20 Perception is out now.