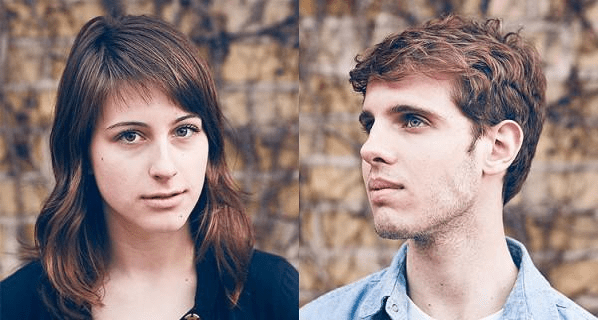 Dream-pop duo Memoryhouse follow up last year’s EP The Year with their debut full-length album The Slideshow Effect. Mark Ray got to have a listen in advance of its release in a couple of weeks, and here’s what he thought.

There are aids to memory; little props that scatter the stage of our mind to recall moments from our lives and the greatest of these are smell, taste, music and images. Smell is the most mischievous for it crosses our paths from nowhere and sends the mind into a paroxysm of remembrance. Similarly taste, like Proust’s madeleine cake, will come upon us unawares, an involuntary memory. It can rarely be manufactured for if we attempt to use smell or taste to recall a pleasant effect, something is lost in our forcing it; but not so with music and images. A photograph, a moment preserved in flat dimension, a second in time, caught forever in beauty and ugliness, can transport us back instantly. And music, with its vibrations in the air, that can play with our memory like delicate fingers plucking at a harp.

Memoryhouse are a duo – composer Evan Abeele and photographer Denise Nouvion – from Canada, who originally began to collaborate on a multimedia art project using music and photography. What has grown from that was an EP, released September 2011 on Sub Pop, called The Years, and now this month sees the release, on the same label, of their debut album, The Slideshow Effect.

The very name of the album gives a hint at what Memoryhouse are trying to achieve: the slideshow effect is a cinematic term used to describe the technique of giving movement to still images, by panning and zooming. This is dream-pop. This is memory-pop.

The album opens with a vocal repetition, an ahhhhh ahhhhh drawing us into ourselves, into the mind, before the music and lyrics become clearer memento motifs. The vocals are crisp and clear, intonated like poetry weaving webs of remembrance; strands linking with forgotten pasts through paths not often trodden. The paths that are opened up by Freudian dream motifs.

But, as Nouvion sings, it’s not enough to live your past through old photographs. And Memoryhouse are intelligent enough to know that the past we remember is not necessarily the past that happened. They create music of the hinterlands and borders, the place between dream and reality, where a lush vocal and a jangling guitar pulses away at the cerebral cortex. Yet this is a voice and music with deep pop sensibilities. It is a sound reminiscent of Euro-Pop, tinged with the neo-psychedelia of Mazzy Star.

There are some beautiful songs on this album (‘Walk With Me’, ‘Punctum’, ‘Heirloom’ and ‘Old Haunts’ are stand outs) but the danger with this kind of dreamscape music is that too many songs can dull the senses, just as too much smell or taste removes the effect of memory aid. Memoryhouse manage to just keep enough interest and variety over the whole recording to make this a most enjoyable experience that is best taken in one go.

The Slideshow Effect isn’t going to make you change the world, but it may just make you look deep into yourself and examine your past: and don’t all great changes start from first changing yourself?

The Slideshow Effect will be released on Sub Pop Records on February 27, 2012.