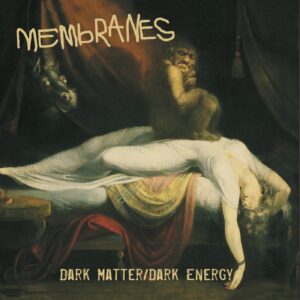 The Membranes return has been quite stunning.

After a 26 year break they released their best received album – Dark Matter/Dark Energy’ which has great reviews ross the world (check the link below). the band has received lots of radio play of BBC 6Music and recorded 2 session for the Marc Riley show as wells played from Steve Lamacq, Gideon Coe, Tom Robinson on 6music, John kennedy on XFM and   Jim Gellatly on Amazing Radio and lots of radio play in Europe.

The band have also played festivals across the UK and Europe and completed a 4 week American tour. The band have been doing special shows they called ‘The Universe Explained’ where they play with a 20 piece choir – they have played a sold out show in Estonia with the choir (2 page review in Mojo magazine of the Membranes gig with 20 piece choir in Estonia is here…) and there will be UK and European shows with the choir this year.

When John Robb met the head of the CERN project after a TEDx talk they were both speaking at it was the start of the Membranes most audacious and best received and best selling album released after a remarkable 26 year break..
Long and intense talks about the universe followed and the idea of the birth and then the death of the universe seemed perfect for a song cycle for the Membranes new album and for special one of gigs called The Universe Explained where Robb interviews scientists on stage and the band play at the end.
All the songs touch on aspects of space- from the opening track that is about the big bang of the universe to Joe himself explaining the universe over the spooky Multiverse Suite to the closing track, the Hum Of The Universe ,where the band try and capture the beauty and violence of the end of the universe and a human life.
During the recording of the album Robb’s own father died and his death is threaded through many of the songs and the idea that when we all die we return our dust and energy to the endless void. Tracks like In The Graveyard deal directly with watching his father die and his father can even be heard talking about the universe at the beginning of the same track.
Musically the Membranes had no interest in being a retro band. The double album seems them moving forward and experimenting with a fervent post punk, a psychedelia, dark dub, drones, neo classical pieces, stripped down film score and rushes of noisy discord. Built around the bass guitar – the key instrument of the post punk period that birthed the band this is a 21st century music made by a band who have been left to make music on their own terms.
The album has had  big impact in the press and with fellow musicians like Mark Lanegan, Kevin Shields, Mogwai, Mercury Rev, Godflesh, The Pop Group all calling it one of the albums of the year – you can read what they have to say about the album here.

‘One of the albums of the year. Very few rock bands, new or old, reformed or not have done an album as good as Dark Matter/Dark Energy in 2015.’ The Quietus

‘An extraordinary comeback’ the NME

‘Something quite special’ Drowned in Sound 9/10

There have been some brilliant and breathtaking “guitar records” this year. And this is one of them. Maybe, in terms of sheer breadth of ambition, courage, and devil-take-the-hindmost intelligence, it’s the best one…album of the year.’ Incendiary website

‘The new Membranes album is epic, stunning and beautiful. Its strength is its diversity – ranging from angular noise to neo classical, from enveloping drones to ground breaking soundscapes to dark dub brilliance’  Classic Rock 10/10 album review

“Dark Matter/Dark Energy is the sound of a band that’s acutely self-aware of its own legacy and where it fits in on the cultural landscape. oucially, it doesn’t attempt to be something that it’s not and the honesty contained within is one of the album’s greatest strengths. That The Membranes do so creating a fabulously infernal racket is life-affirming stuff.” Number 39 in the Quietus album of the year

Great in depth interview with the Membranes in BANT -Turkey’s leading alternative music website. Well worth a read here.

In depth interview from NOIZY

Review of Membranes gig in Paris 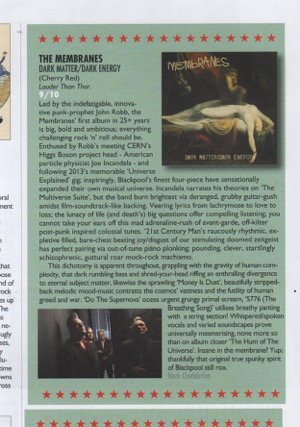 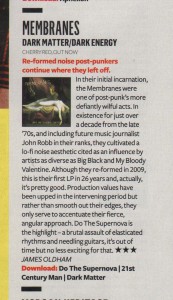 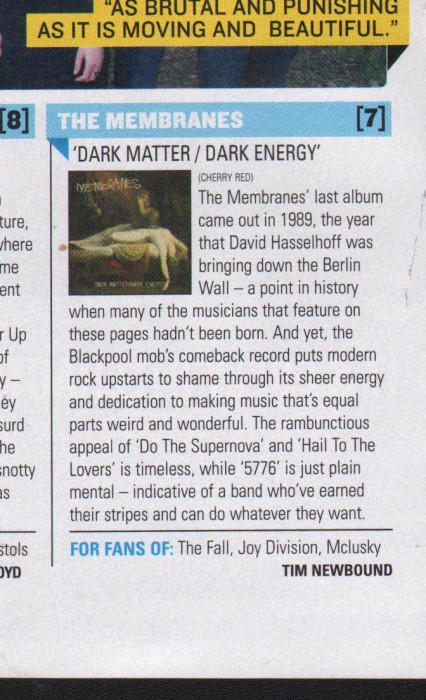 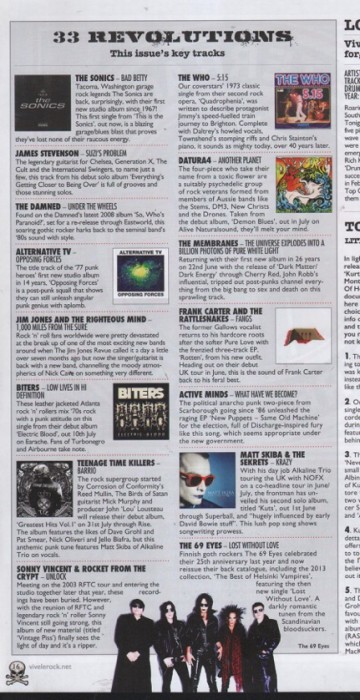 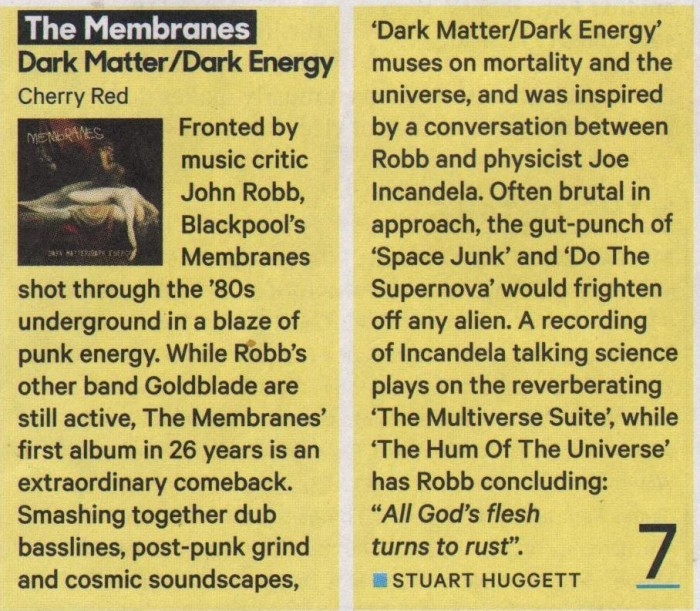 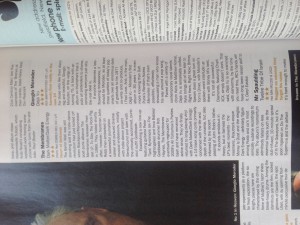 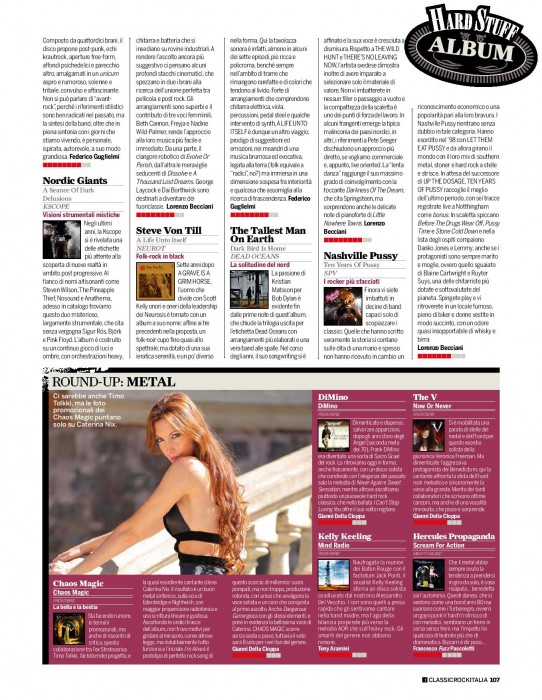 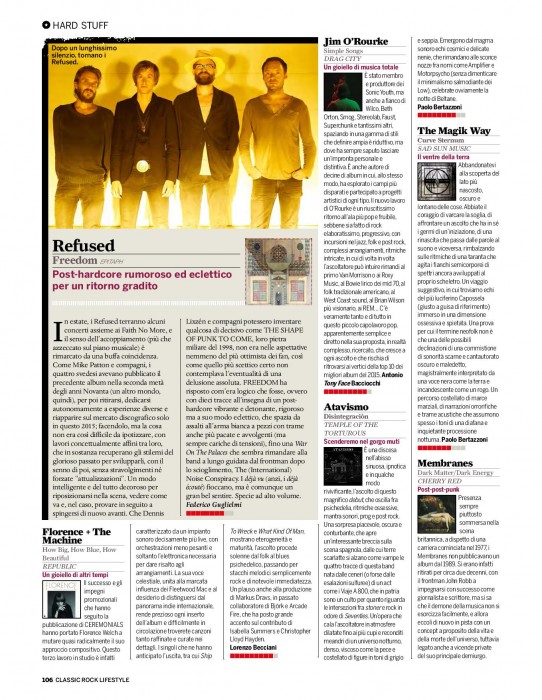 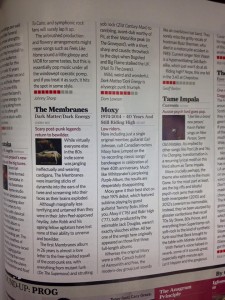 Interview and big mention of The Membranes in leading Portuguese music magazine Blitz feature on the key post punk bands. 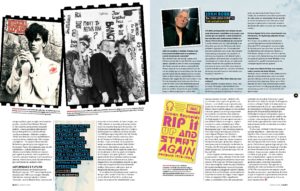