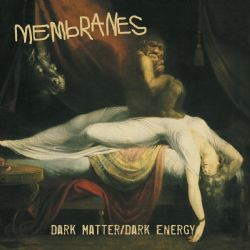 Membranes return with an acclaimed new album 25 years since their last release.

Listen to a track from the album over on The Quietus’ website.

Twenty six years after their last studio album, The Membranes have announced the release of their new record, Dark Energy/Dark Matter, due out on June 22 via Cherry Red Records. Taking a conversation with a CERN organisation scientist as its leaping-off point, the record sees the band vastly broadening their musical approach.

The legendary UK post punk underground band have recorded a double album about sex and death and the universe that incorporates post punk, drone, classical music, dark dub, noise, beauty and madness into a complete whole that is getting a great reaction.