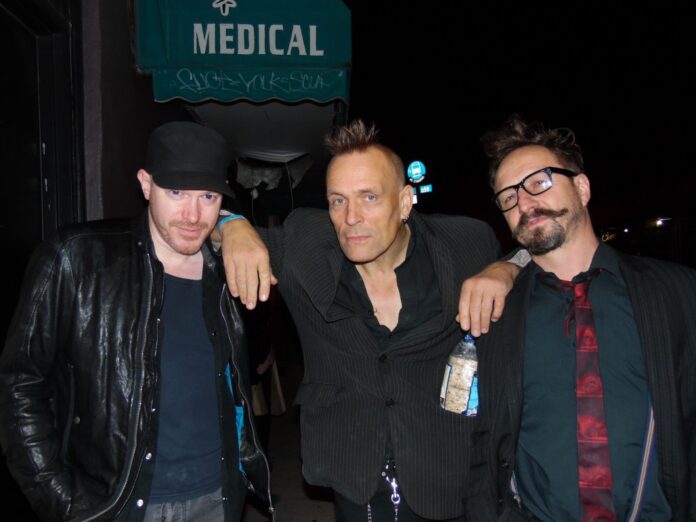 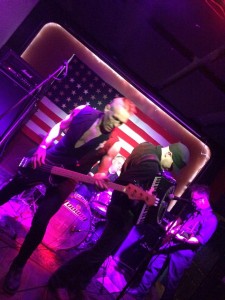 The Membranes, fronted by Louder Than War boss John Robb, make it to the US after running the gauntlet of visa approval to kick of their North American tour in Brooklyn.

Like a star that suddenly increases greatly in brightness because of a catastrophic explosion thus was the Initiation of The Membranes debut tour date in the U.S.A, bringing with them an abundance of  “Dark Matter/ Dark Energy”, in support of their new release.

Esoteric prophet, supernatural musician, and riveting vocalist John Robb mesmerized the fanatics with his unworldly gaze and his audacious performance, as he dauntlessly commanded the stage, owned the intimate venue, and took over the world.

Despite having just stepped off the plane from the UK  then boarded a train for an urban journey across Brooklyn to Williamsburg, The Membranes put on an epic show, unaffected by the time zone difference or exhaustion that they should have felt from the travel and the ridiculous visa situation that all British rock bands seem to encounter when touring the states.

As Robb fervently aroused the audience, impassioning them with his monochromatic stare, reminiscent of a madman, he then beckoned the crowd to come forth, closer to the stage, clearly and vividly showcasing the science of the galaxy through his lead selection, The Universe Explodes Into A Billion Photons Of Pure White Light.

Jumping off stage several times into the congregation, he performed Do The Supernova – an energetic, ethereal, fully danceable track.

With relentless effervescence he went on to execute Dark Energy, In The Graveyard and several other poetic phenomena, inspired by the universe and motivated by science. The album is in essence the culmination of a lifetime and The Membranes enact it as such.

Although the venue was a bit on the cozy side and the sound system slightly inferior, The Membranes raged victoriously. Drummer Rob and guitarist Peter both exceptional musicians, while John Robb played those sexy bass riffs and sang his heart out. Especially interesting was their guest accordionist ….that’s right an accordion smack in the midst of a post punk rock band! They consider themselves, “a high decibel orchestra playing discordant death disco symphonies about life and the universe and beyond”.

The Membranes will be visiting cities in the states for the next month or so, from Connecticut, Cleveland, Boston, Washington DC, Philadelphia, to Nashville and beyond…..a concert celebrating just enough darkness not to be missed. However if you aren’t fortunate enough to experience the spiritedness of the band live, than find the album – hunt it down like a wild animal.

The band can easily be found on Facebook or at www.themembranes.co.uk

The Membranes ‘Dark Energy / Dark Matter’ is available in Europe via Cherry Red Records (Buy), in the USA via Metropolis Records (Buy)

The Membranes play across the US:

All words by Eileen Shapiro. You can read more from Eileen on Louder Than War here.