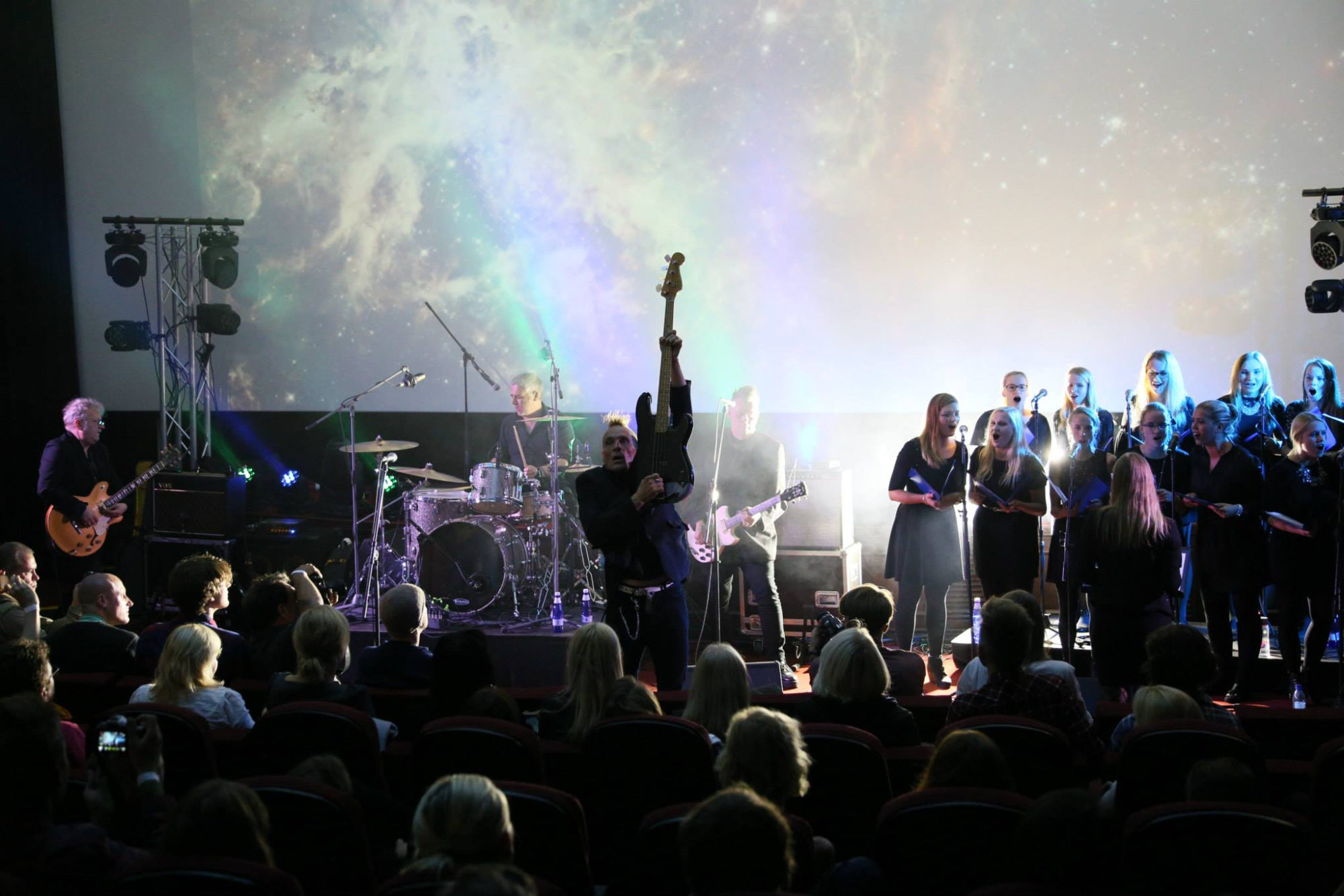 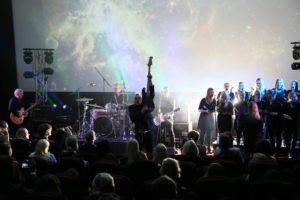 Buy tickets for the London gig from here

Join the Facebook page for the London gig here

Facebook page for the Manchester event with all details are here

Tickets for the Manchester are available from here

The Membranes will be bringing their critically acclaimed gig with a 25 piece all women choir to the Lexington on Friday June 3rd and also to Manchester at HOME cinema where they have been commissioned to create an event playing in front of their Universe film with the choir.

The gig is a launch party for their upcoming remix album that sees the whole of their  acclaimed Dark Matter/Dark Energy album remixed by the likes of Youth from Killing Joke, Therapy, Einsturzende Neubauten, Godflesh, Clint Mansell, Cosey Fanni Tutti, Phillip Boa, Keith Levene and many others.

You can pre order the album from here.

The band have played the concert in Estonia and Portugal and a well received session on Marc Riley’s show on 6music and at upcoming festivals across Europe in the summer. They are now playing a hometown show at HOME cinema – the Manchester arts cinema in their award winning new city centre building.

It will be in Cinema One – the biggest cinema in the complex and will sell out fast.

The band and choir will perform in front of a screen where they will show their Universe Explained film and there will be other additions to the band’s normal set with a string section and keyboards in a spectacular event.

After John Robb saw an Estonian choir and collaborated with them in Tallinn for a sold out event the gig has been much in demand across Europe with festival and headline dates throughout 2016.

The choir weave in traditional folk songs and drone melodies written by the band into the groups songs from the acclaimed Dark Matter/Dark Energy album which has been getting great reviews in the press and lots of radio play on 6music. the band’s first album for 26 years is a double album about death and the universe and has somehow become their best selling album and seen the group tour the world.
The concert will be  unique one off event and is also a launch party for the band’s remix album  called ‘Inner Space/Outer Space and features remixes of  whole of the Dark Matter/Dark Energy album by Killing Joke, Manic Street Preachers, Einsturzende Neubauten, Therapy, Cosey Fanni, Keith Levene, Reverend And The Makers, Mark Lanegan, Clint Mansell, Godflesh and many others…

‘The Membranes Dark Matter/Dark Energy’ is an album that is epic in scope and ideas with a brooding, dark and thrilling atmosphere as it tackles the big subjects like the universe, life and death. Live with the choir it really comes to life in a mind blowing show…’