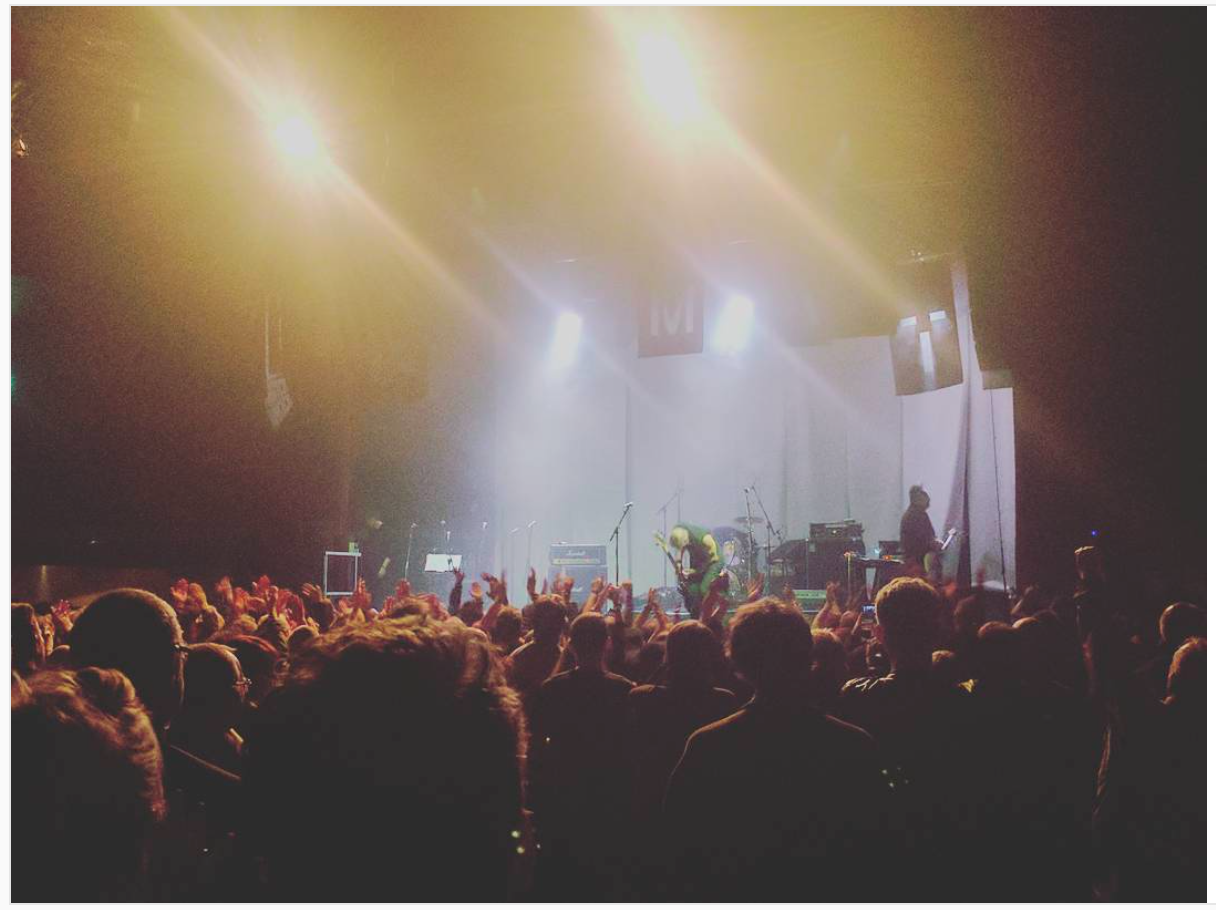 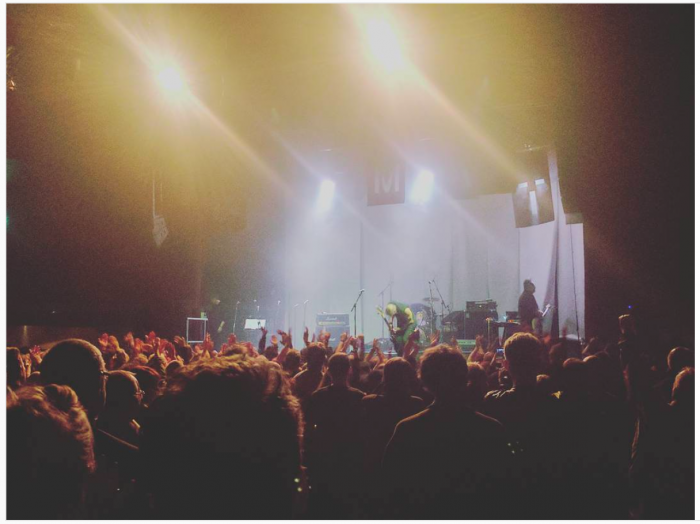 A 1000 people from all over the UK went to the famous Ritz venue in Manchester to celebrate an eclectic bill of bands topped off by the Membranes and the BIMM choir – Matt Shaw was there to report on this unique event..

On the 29th April at 4.45 in the afternoon the Ritz in Manchester is already filling up. Today is the day that The Membranes and friends come together in Manchester for five hours of live music from six bands.

Anticipation is high on entering the venue, this being the largest headline gig from The Membranes in their history to be played in their favourite Manchester venue.

So Manchester and the music made within it and for it is something of a theme today, a mixing of styles, an alchemy of programming with knife edge accuracy, light speed change overs and crystalline sound. Never has a gig with this level of ambition run so smoothly.

The Empty Page take to the stage with huge applause, weaving three piece power magic, blowing guitar pedals, carrying on anyway with hooks, riffs, energy and sass aplenty. A band to keep an eye on. 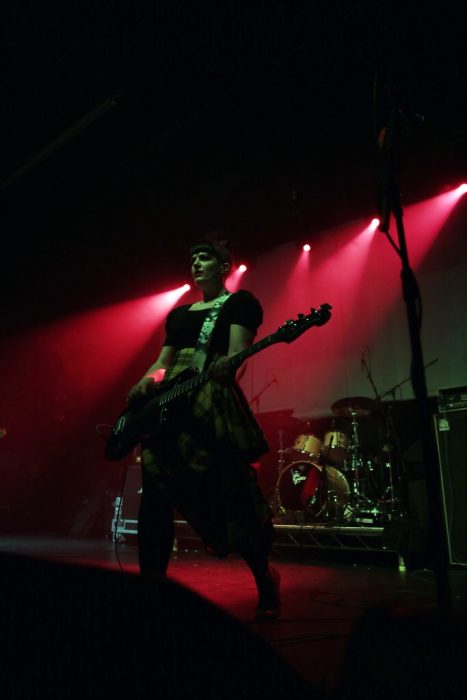 The Blinders posses the ability to filter the culture of music from the sixties through to today with relevance, passion, stage presence, style and more importantly these songs, these songs that hardly seem possible to come from such a young band. We are treated to psychedelic poetic punk with confidence, swagger and shapes. 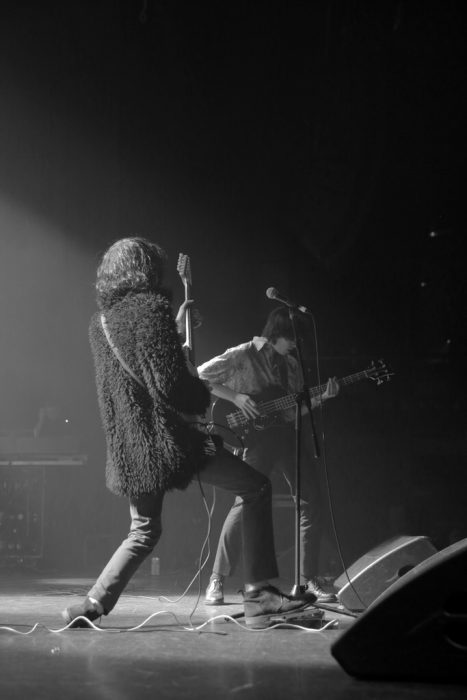 Dubsex open up the void, we open out in free-fall into a tunnel of reverb and effects filtering through the exceptional musicianship, Mark Hoyle possesses one of the greatest voices Manchester ever produced. His vocals weave in and out of these songs, from anthemic to obscure, delicate and intricate to commanding and powerful, often achieved simultaneously. A great and welcome return to the music scene. 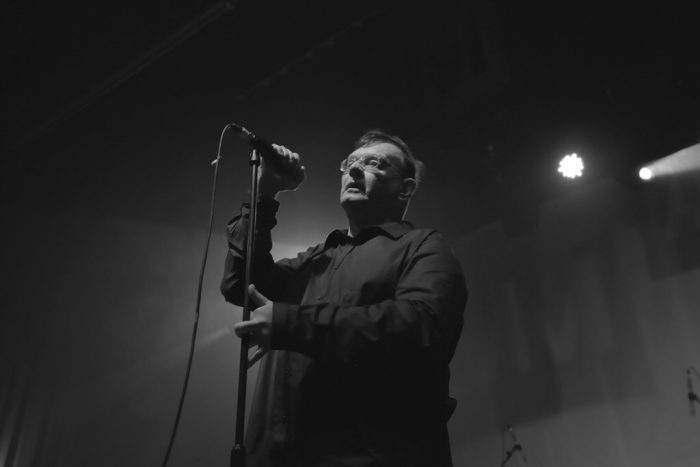 If Dub Sex opened the void then the brilliant Evil Blizzard are the carnival performers at the bottom of the pit. As Quatermass I peer inside and find Kiss playing Public Image Ltd with baby head theremins, latex demons and prowling predatory punk rock. Evil Blizzard have songs to fast forward and rewind as the nightmare continues in technicolour and has us all mesmerised. 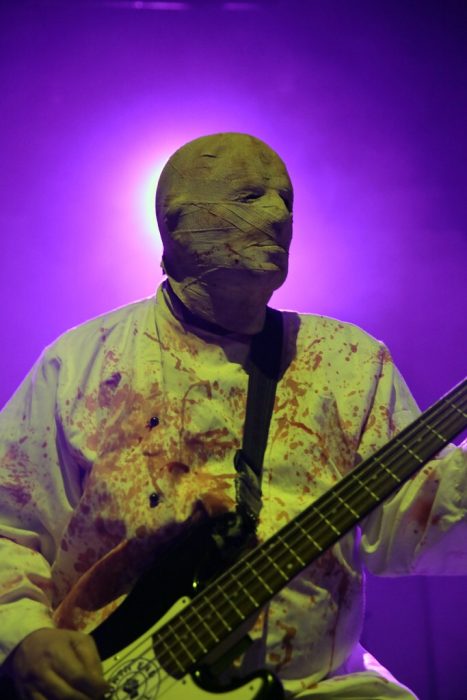 The Nightingales then appear to offer a degree of stability, albeit one with constant time changes, multiple vocal styles, a schizophrenic but controlled mashing of musical styles. So stability is perhaps an overstatement. The Nightingales are fascinating to listen to, the songs are exceptional the album artwork perfectly representing the images in my head on listening to them. As an aside I must mention their retailing of their branded slippers on the merch stall. I guess everyone likes warm feet while listening to music. 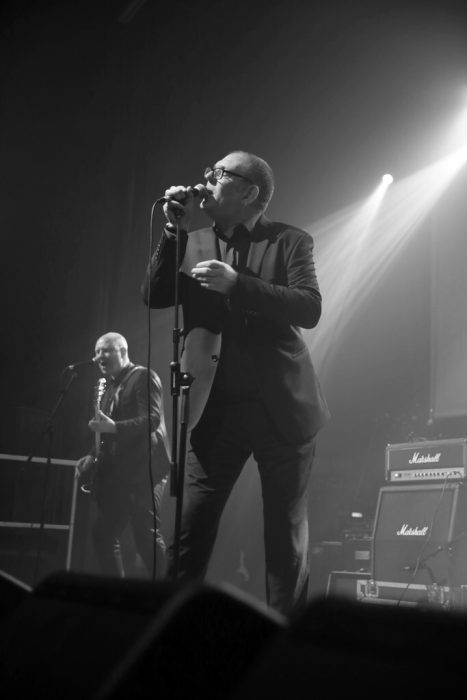 Brix & The Extricated arrive and take us on a sassy punk journey with great pop songs. Brit every inch the star, the whole band falling into the reinventing or retelling of old stories while writing a brand new story of their own making. High kicks, killer riffs, a band working perfectly together, they are exciting, new, with so much promise. 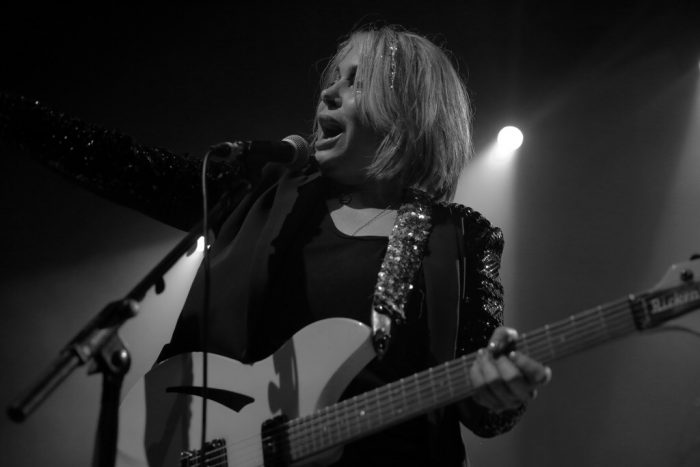 The BIMM Manchester Choir take to the stage and start to get in tune. With less than ten minutes to change over between each band I have no idea how the sound could be this good so quickly.

The Membranes take to the stage, outta space images fill the backdrop John Robb thanks everyone for coming out, The choir begin, build in momentum, The first riff kicks in and the Universe explodes into a Billion photons of pure white light. The combination of the choir and The Membranes is utterly huge, a folk horror soundtrack and soundscape for the universe. Song after song the set is pure brilliance, these versions are crying out to be recorded.

The Membranes are a fascinating band, from the early singles, to the latest remix album, from their Blackpool origins to Established Manchester punk band, a history recently collected together in a new box set released this week.

This is no comeback however it is the birth of a new star with more power than ever. Dark Matter / Dark Energy is their best album yet, the combination of science, space, punk, great songs and lyrics and their expansion of all of this into a complete whole works incredibly well. Tonight we get all if this in a live setting.

The digital age working with Spike Milligan’s tape recorder, a time travelling punk carnival.
This is a new beginning, a resetting of context, a coming together and a celebration. There is already talk of another day like this next year, I hope we don’t have to wait that long. 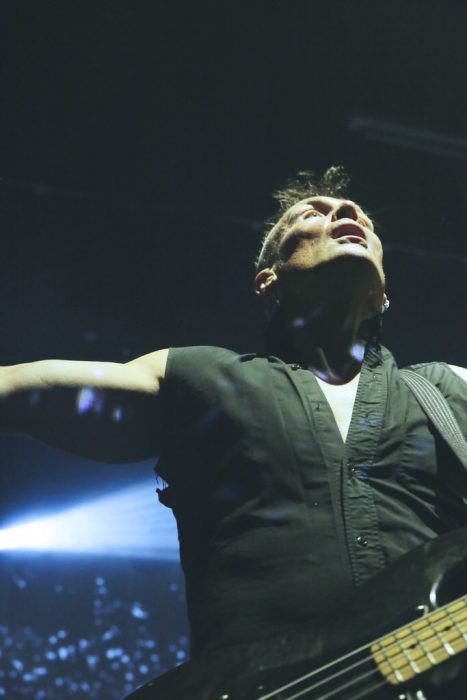