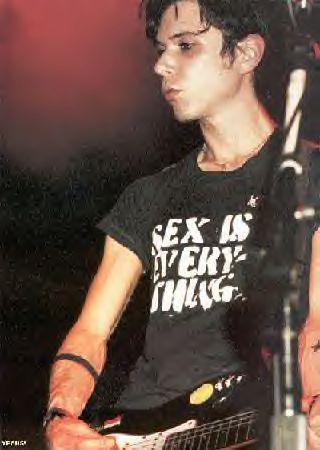 UK premiere of Nick Zinner’s 41 Strings, one-off show from DJ Shadow and James Lavelle, and ESKA confirmed for James Lavelle’s Meltdown
13 – 22 June 2014, Southbank Centre
As part of James Lavelle’s Meltdown Nick Zinner will present the UK premiere of 41 Strings (Friday 20 June). The piece was originally composed to celebrate the 41st anniversary of Earth Day, and is divided into four parts to represent the seasons. The Yeah Yeah Yeah’s musician plays guitar and conducts the work, which is made up of 41 acoustic and electric strings, as well as drums and synth.  41 Strings is performed in the round with audience able to sit immediately overlooking the stage for a rare intimate experience.
Joining Zinner in 41 Strings are friends and co-collaborators Hisham Akira Bharoocha (Soft Circle, The Boredoms), Ben Vida (Soft Circle), Brian Chase (Yeah Yeah Yeahs) and string arranger Gillian Rivers. Together with a core band of over 45 local and international musicians, a group of young players from Southbank Sinfonia complete the large string ensemble.
DJ Shadow and James Lavelle reunite for a one-off DJ show at Fire in Vauxhall (Saturday 14 June), which will be the first time they have DJ’d on the same bill since 1998. DJ Shadow and James Lavelle have had a long history of collaborating from DJ Shadow’s groundbreaking debut album Endtroducing, which was released on James’ Mo’Wax label, to the equally lauded and  seminal UNKLE debut album, Psyence Fiction, which was produced by DJ Shadow.
On Sunday 15 June acclaimed DJ and musician Gilles Peterson presents an evening of performances from some of his current favourite artists from across the world.  Taking place in the Queen Elizabeth Hall, phenomenal vocalist and songwriter ESKA will perform in a double bill with Chassol, the pianist, composer, arranger and musical director for the likes of Phoenix and Sebastien Tellier.  There will be post show for DJ sets to round things off from James Lavelle and Gilles Peterson. Tom Vek also joins the Meltdown line-up, bringing his  chopped-up rock sounds to the Southbank Centre, presenting the first London outing of his new collaboration with Olga Bell from Dirty Projectors.