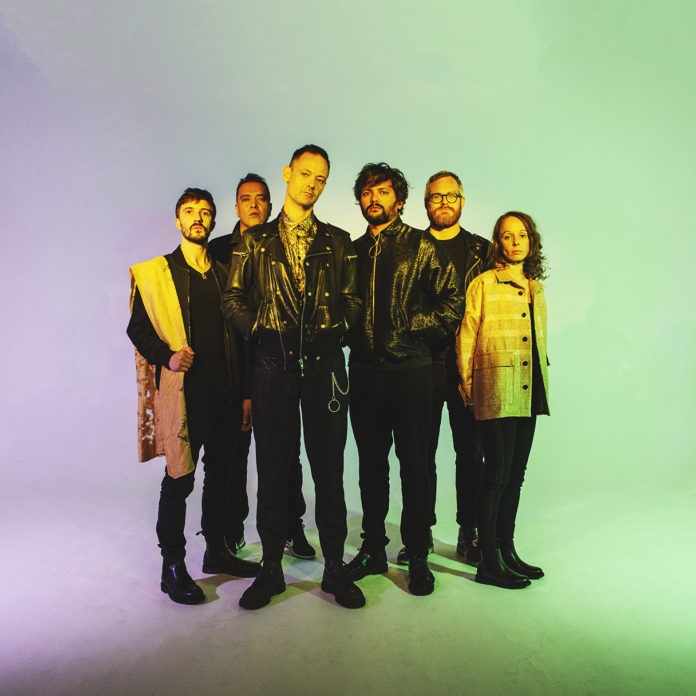 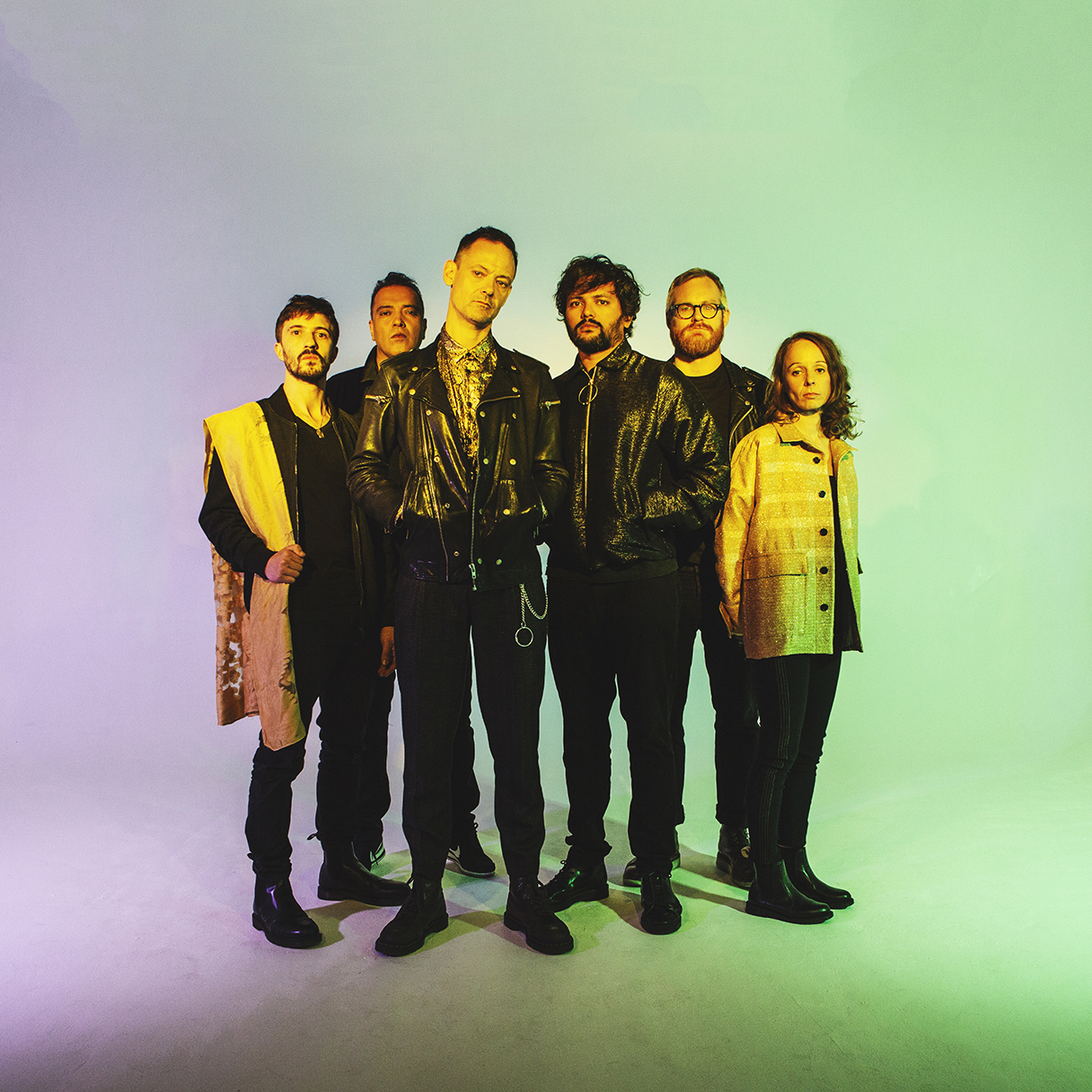 Paul Clarke talks to Melt Yourself Down’s Pete Wareham about big changes on their third album 100% Yes and they even discuss what jazz is.

Pete Wareham has always been an innovator from his days with Acoustic Ladyland into his current jazz influenced outfit Melt Yourself Down who are releasing their third album, 100% Yes.

Based around the nucleus of vocalist Kush Gaya and Wareham’s distinctive percussive sax, which is still high in the mix on this album, production legend Youth and co-producer Ben Hillier have pushed them out of their comfort zone.

“Sonically one of the biggest things is the use of synths which we introduced a lot more on this album,” says Pete as he walks his dogs round the local park.  “Ben Hillier made the good point that we were saying let’s put this chord in here, and that’s a big step for Melt Yourself Down to have a chord. He said you don’t have three notes played at the same time played by the same instrument, that’s never happened. Once we’ve made that step we opened up this whole other world which we’d never had before.”

And there have been changes in how the band have actually recorded the album, which has taken their sound in different and interesting directions. Their fans will be pleased the sax still wails away, but Gaya’s confident vocals also push the rest of the band to try something new.

“The progression of the band over the last two albums has been more and more written songs and English lyrics. When we first started Kush was very much improvising the lyrics on the spot, using Creole, or his own made up language, which we gradually developed. The songs have a meaning and have a narrative, and we worked together quite hard on the words, each song deals with a certain issue.”

This album has had a long gestation period, and when it came to actually putting down the tracks they were encouraged to work differently by their powerhouse producers. That new and challenging relationship in the studio forced the band to really think about how they approach the whole recording process.

“It was recorded in a different way, as the first two albums were very much live recordings where I’d make a demo and I’d take it to the band. We’d rehearse the demo as the band, I’d record the rehearsal and carry on working on the demo from those recordings. Then we’d go into a studio and record what we’d rehearsed as a band. This one was a more traditional approach where we’d be tracking drums or bass, and sending things by email, so you get a slightly more focused sound doing it that way as well.”

The other big change is the words are clearly more rooted in the world around them, and are political with a small p rather toeing any particular party line.

“I started coming up with tunes at the start of 2016 which was when the Brexit Referendum was happening, plus there was Trump, Jo Cox, Jeremy Corbyn and the General Election 2017, and we were writing all through that period,” recalls Wakeham. “It felt like there was a lot going on that was quite epic, and we naturally felt we were talking about these things anyway in our conversations, which were built into the lyrics. We didn’t want to just write love songs, so we wrote songs that have a bit more relevance, but not in a way that feels too preachy.”

Wareham says that Acoustic Ladyland didn’t quite take off as they were too jazz for a rock audience and not jazz enough for the purists  In the years spent making 100% Yes other jazz-influenced bands like Comet Is Coming, Black Flower and Sons of Kemet have also been pushing the same sort of boundaries.

Melt Yourself Down’s comeback single Every Single Day exploring the impact of social media platforms has been getting lots of airplay on 6 Music. “The song was written in 2017 when that whole fallout from Brexit meant everyone suddenly realised that Facebook was like an echo change, and that actually we were all completely divided.

“Kushna gave up Facebook around 2017 so he wrote those lyrics around that time, and I wrote the chorus about something else, but the whole Facebook idea is you are not a consumer, but you are consuming yourself. You thought you were buying something, but you are actually the product, which is quite odd.”

There are much more explicitly political tunes on this record including the angry Born In The Manor that was written just as the Grenfell Tower inquest was opening, and in album opener Boot and Spleen the vocalist vents his anger over Britain’s bloody colonial past.

“It’s that whole dark shadow of our history just going all round the world taking what we want and punishing people for living in their own country,” reflects Wakeham on this bold new direction. “That whole legacy that is behind us but with Brexit it all feels a lot smaller. Boots and Spleen was just a subject Kush was reading about in a book about colonialism in India, and what the British did is absolutely shocking.”

In an unexpected twist for a band who make music that can hardly be described as mainstream, Melt Yourself Down have found themselves doing the theme music for BBC One sitcom King Gary, starring stand-up Tom Davis as a wannabe suburban kingpin drowning in his own absurdities. “We were approached by BT Sports to record one of the songs as an indent for one of the big leagues and the guy who organised that was talking to someone who works with James De Front, the director. He just said call Pete and he did. It is a quite traditional BBC sitcom in some ways, and then very different in other ways, I think that is a very clever position.”

Wakeham is a joy to interview offering coherent thoughts on his work, and as the dogs run round the park he muses over what jazz means to him and the band.

“I see it as an attitude more than an aesthetic. It is an opportunity to design some music that I think expresses who I am as a person as closely as possible. That’s why I was drawn to it, because here is music where its intention allows you express yourself.  It always comes up against that question is it jazz? but to me, if you are trying to express yourself as much as possible, then you are involved in that creative spirit. Some people think it is an aesthetic, like you’d describe rock or hip hop, and I can see why, but for me it is an approach, and by its very nature doesn’t want to be pinned down.”

Review and photos by Paul Clarke, you can see his author profile here.