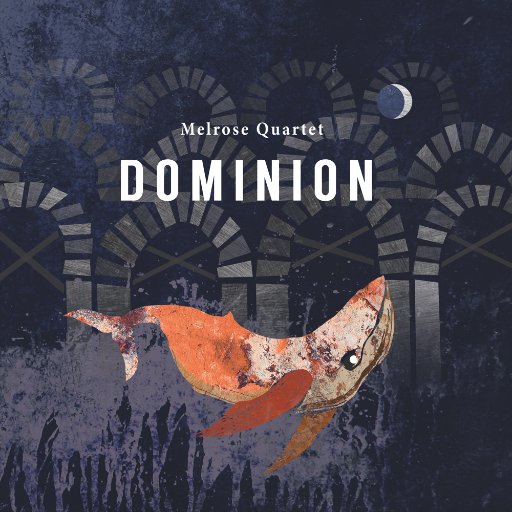 Funded totally by the artists themselves, the quartet of Arrowsmith, Arrowsmith, Kerr & Fagan follow up their Fifty Verses debut with another musically and vocally impressive collection.

The sum of the parts of the Melroses comes in the form of a double hit: the impact of (a) their stirring four part harmonies and (b) the vibrancy and interaction of their musical connection in the tune sets.

The bold statement of an unaccompanied four way vocal on Mariah’s Gone sure is a mighty impressive way to announce their return. Yes, it’s their money, their album so they can do what the hell they want, recording as live as possible in a South Yorkshire chapel schoolroom to add a touch of atmosphere, as long as the marketing philosophy involves some commercial plan of people buying the product.

A similarly bold and forthright, some may say epic, Dominion Of The Sword follows, sweeping all before it, the grand campaign including additional words from Martin Carthy and James Fagan before the instruments are set aside and the quartet go unaccompanied again. Ware Out Mother takes the four voices to new heights having warmed up on Mariah’s Gone, weaving between each other before they move on to explore more sensitive themes of hope and aspirations on Good Intentions.

Instrumentally, the tune sets A Generous Man/Carthy’s March and particularly Gallery/The Venus Of Levenshulme which sounds imposingly massive despite the presence of just the four instruments, are collections of lively reels while a medieval feel hovers around Low Quebec.

Of the original songs, Jess Arrowsmith’s urgent and slightly theatrical Anthem Of A Working mum is a brief highlight; the sort of song that you could see earthy Londoners Stick In The Wheel stripping back to the bare bones to highlight the never ending stress of worry and hurry. Nancy’s Hand Me Down birthday gift song shows off the songwriting style that was much to the fore on her Instar album while perhaps the central song on the album, Rise No More has a much more ‘folky’ feel provides not only a reflection on the changes in the South Yorkshire steel industry but provides the inspiration for the album art, the industry now represented like the bones of a once great whale.

Dominion is a diverse album that rolls and tumbles in a collection that rounds off with Jess’ Raise Your Voice, a call for communal hope and togetherness and a commendable vision and one that will stir the heart and gird the loins in troubled times.

You can see Melrose Quartet at Chester Folk Festival here: