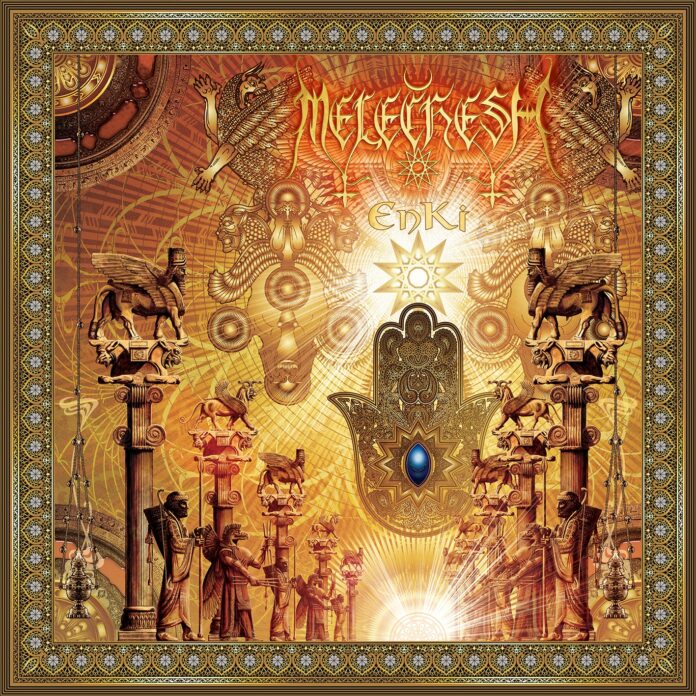 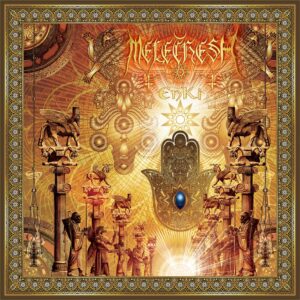 Enki tries so hard to be Stormblast but fails by a wide margin. Louder Than War’s Joshua Hart reviews.

All the watermarks are there. Melodic, soaring guitar work. Blasting, triggered drums. Multi-tracked, shrieking vocals, even the guitar solos possess a kind of Silenoz styling.

It’s not all Winds From a Lonely Grave, however, Melechesch, originally from Jerusalem, throw in some pretty heavy Middle Eastern classical and drone influence, but it doesn’t really do enough to make Enki feel energetic or even alive.

As I listened to the first four tracks of the album, instead of the music conjuring images of Sumerian deities or ancient, forbidden knowledge it made me think of Top Gun.

Therein lies the problem of this entire album. It tries to be Stormblast but ends up being In Sorte Diaboli. A watered down, punch-less version of something powerful.

The album begins with Tempest Temper Enlil Enraged, a track built around a cinematic, expansive black metal riff. It is thoroughly composed, but nothing special stands out about it. The next few tracks follow the same formula. Middle Eastern-inflected ambient opening, atmospheric riff, guitar solo.

Enki Divine Nature Awoken sounds slightly heavier than the other tracks on the album, straying into Black/Death territory similar to Behemoth. It’s a highlight on an album that needs more of them.

The next song that I can honestly say I like is Metatron and Man, only because it sounds like early ’90s Megadeth. Even then, there’s some sort of instrumental solo halfway through the song that is mixed so low that I’m not sure exactly what instrument it is. Truly sloppy.

That’s really what it boils down to. None of these songs are particularly good or memorable. There are other bands that you could spend your hard earned money to listen to.

Melechesh can be found online here: melechesh.com and on Facebook.