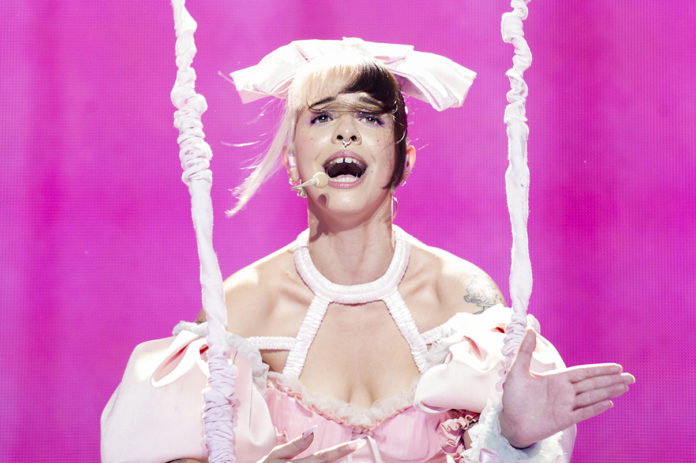 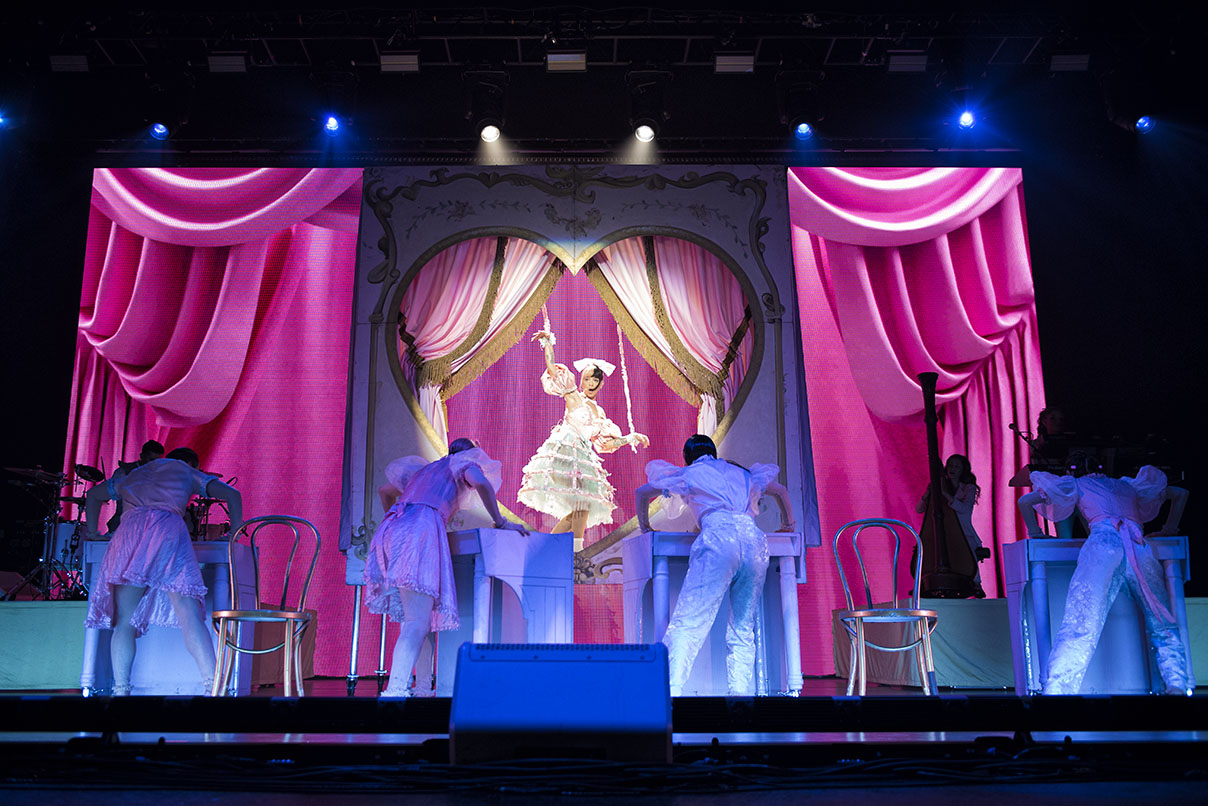 Photographer Melanie Smith went to join the huge fanbase of New York singer/songwriter Melanie Martinez, as she performed her theatrical pop extravaganza, stopping off in Manchester for the first time.

The tour is in support of her latest album K-12 and its accompanying full-length musical movie, the concept and direction by Martinez. Melanie first came to prominence when she performed on the American TV program ‘The Voice’ in 2012. She released her debut single ‘Dollhouse in 2014, followed by her conceptual album ‘Cry Baby’ in 2015. Following this, she has developed a phenomenal following with loyal fans worldwide.

Prior to the show, the queue was around the block and beyond, the car parks were full to bursting like I’ve never seen before here at the O2 Apollo and I’ve been coming here since 1977. There was notably a high percentage of young fans, some with parents, many dressed in colourful outfits and the excitement on their faces was palpable. It’s hardly surprising this show was entirely sold out.

Opening her set to rapturous screaming and a buzz in the air, with mobile phones held aloft like torches, she launched into the twinkling pop tones of ‘Wheels on the Bus’ with an appropriate pink school bus displayed on the backdrop. The song has twisted lyrics of foreplay and high jinks on the bus. Although she looks cute as a button, doll-like animated and sweet as candy her songs often have darker tones to the lyrics, with twisted, tragic tales. 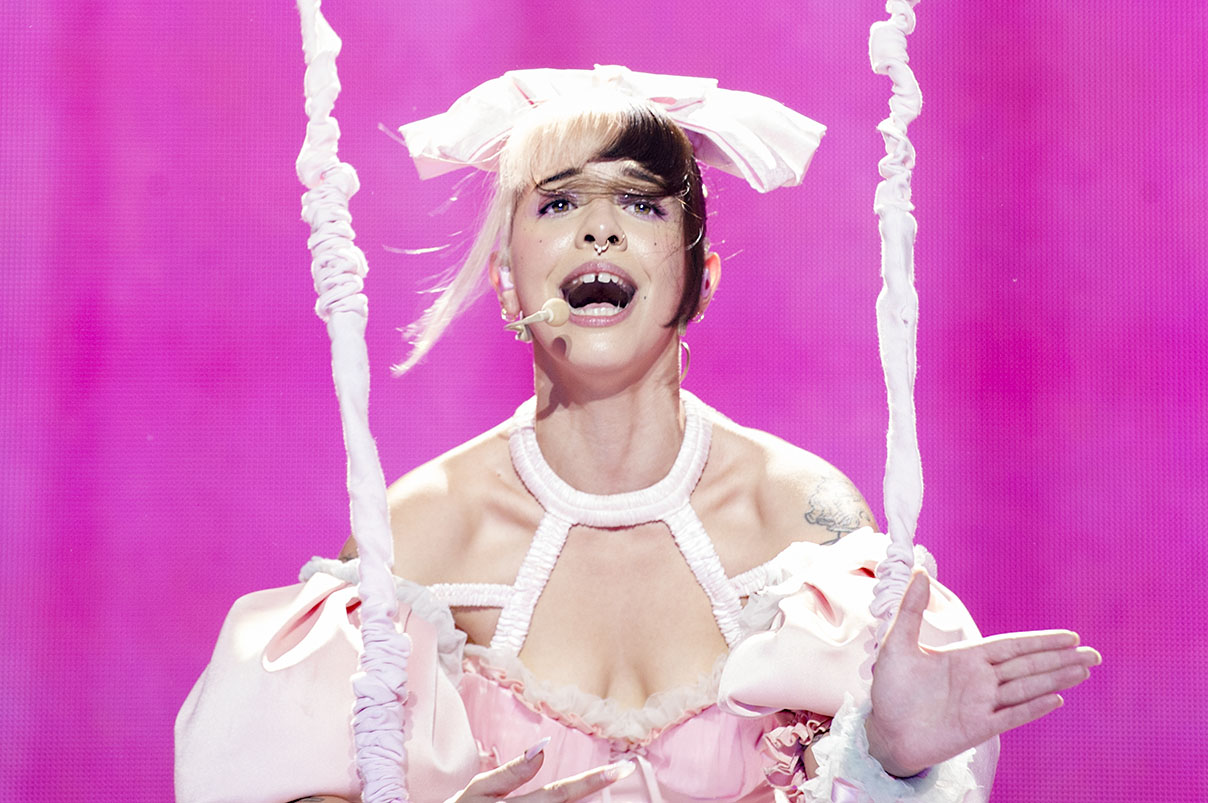 My photo assignment began on the 4th song, ‘Show and Tell’ in which Martinez emerged through a large heart, chained up, dressed like a Victorian doll, with interesting lyrics “Show and tell, I’m on display for all you fuckers to see” which could really be a take on being famous and fans wanting a piece of you. This was a pretty spectacular stage set and everyone on the front row could be found singing along in a dreamlike state. The 5th song was ‘Nurses Office’, Melanie is brought on stage on a stretcher bed, the lights are all red and we have another spectacular performance with her world-class dancers. The final song I was allowed to photograph was ‘Drama Club’ with dancing aplenty and romantic gestures, which appeared to be taking place in a Venetian style drawing-room and ending with a bit of ironing. I left the venue after my three-song allocation as Melanie was emerging from the top of a gigantic blue cake singing ‘Strawberry Shortcake’. What a superstar, we need more shows like this to brighten up our dull winter nights and make music fun again. 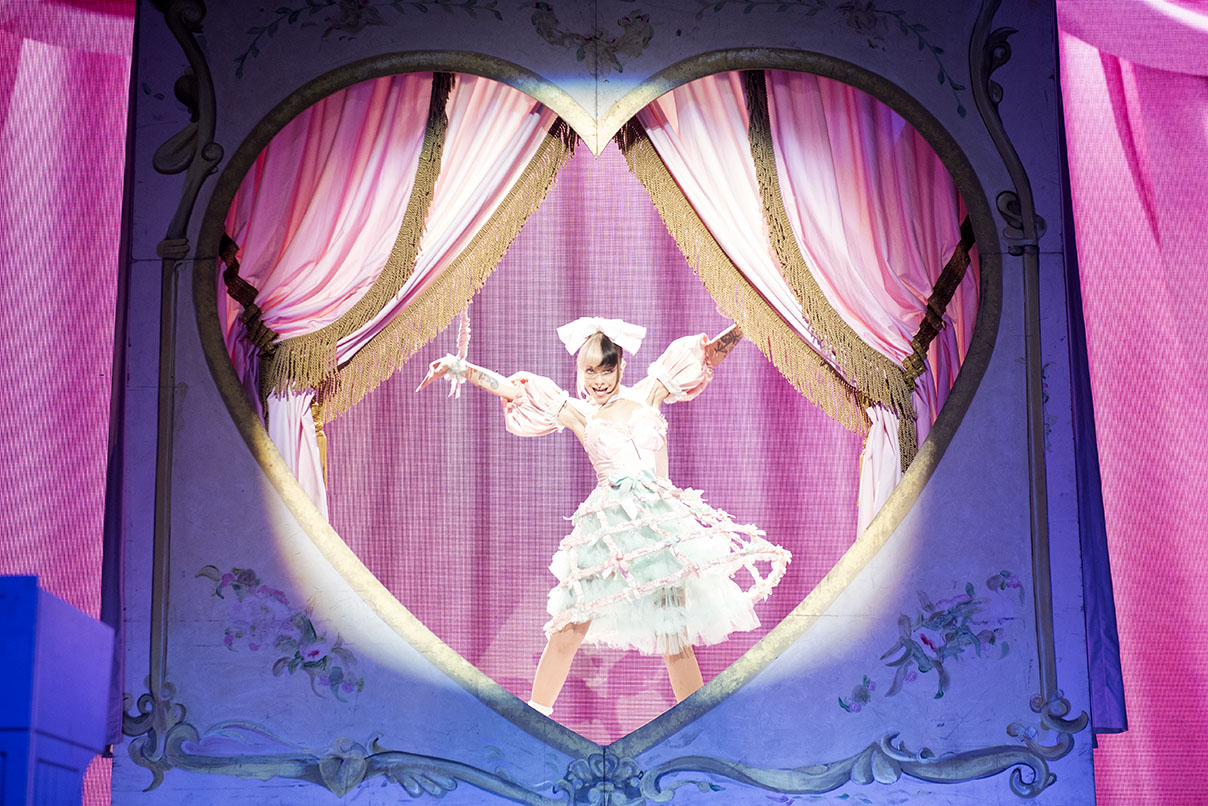 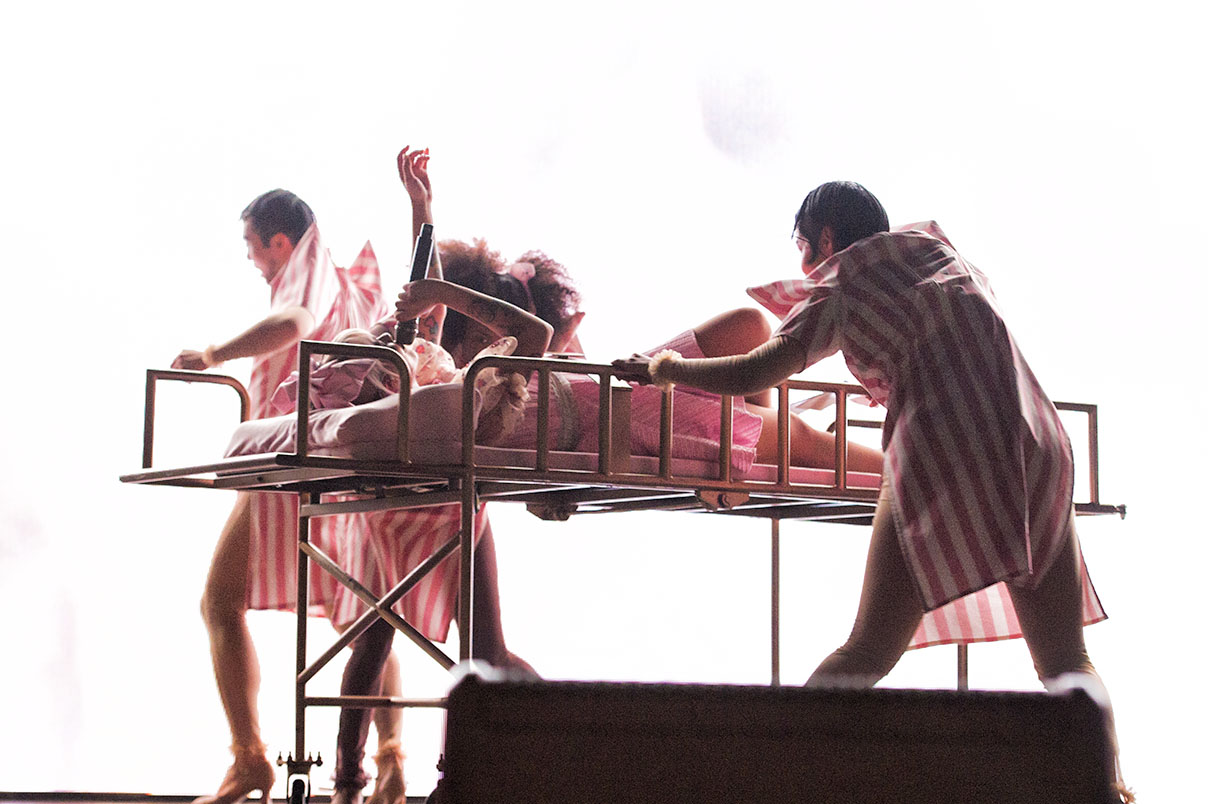 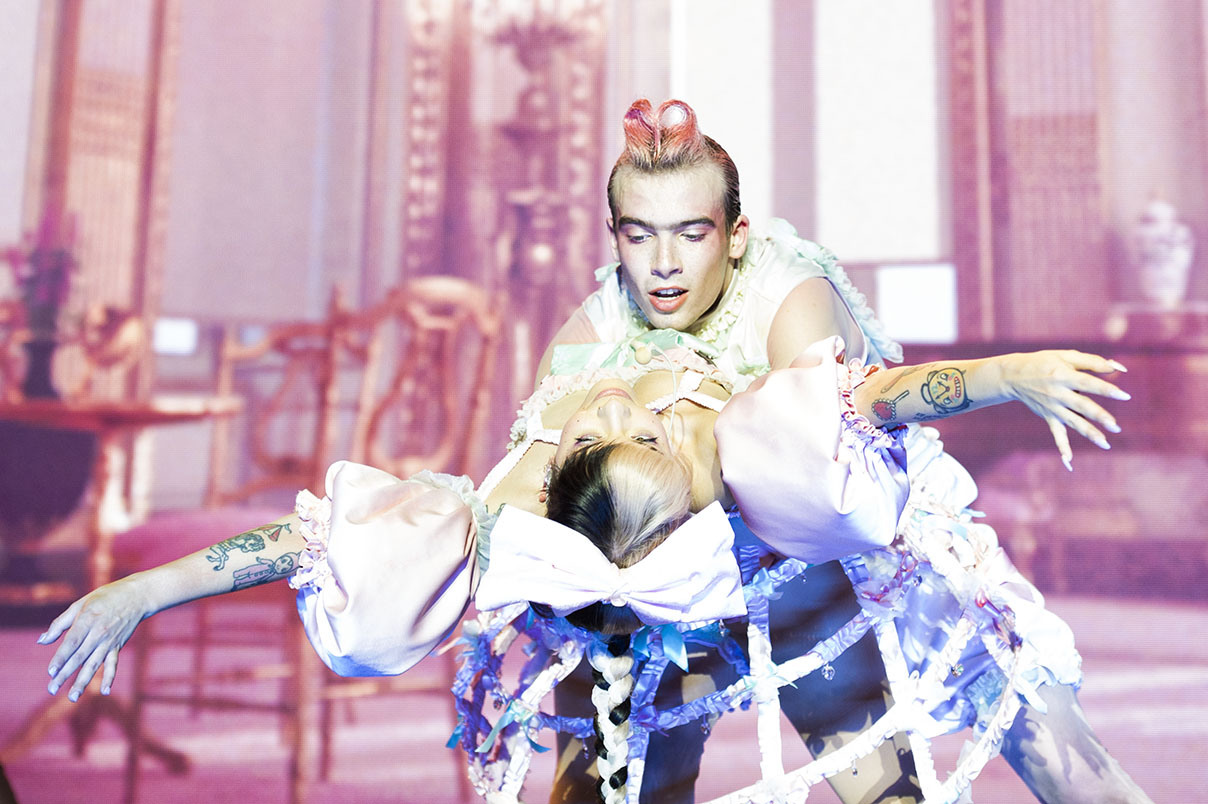 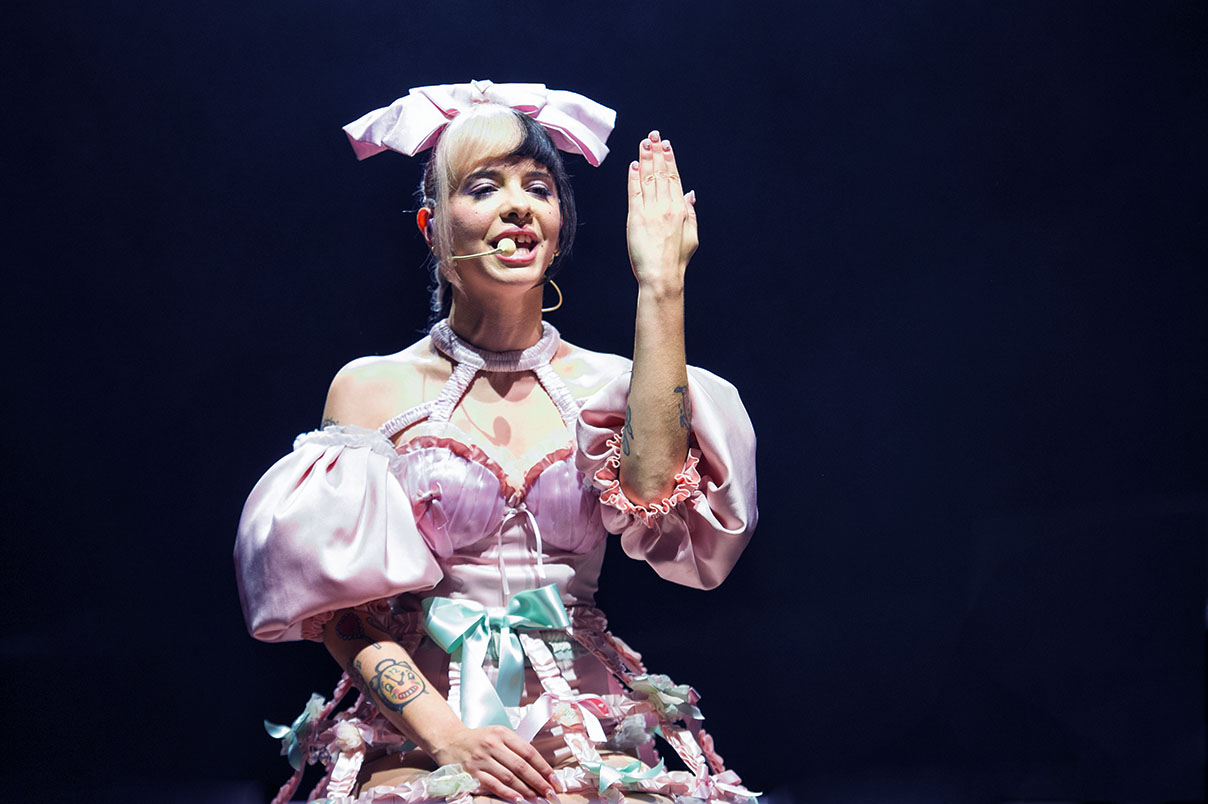 This was such a unique, and inventive musical spectacle, as Melanie successfully brought her film to life on the stage and it’s obvious that the youngsters and their parents won’t forget this show in a hurry. Martinez could easily fill bigger venues and this show would be perfect for the arenas.