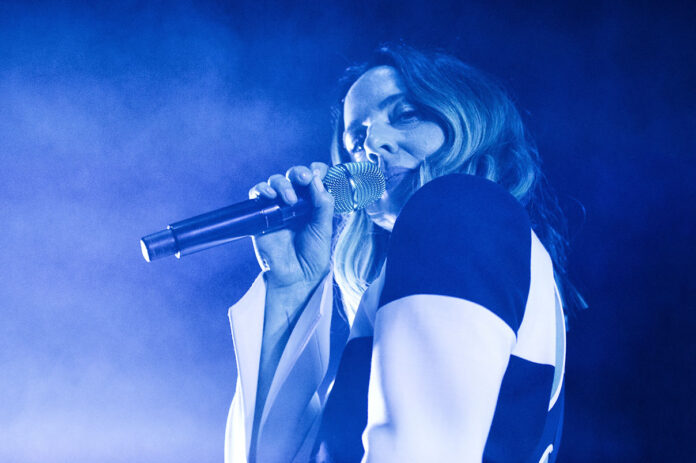 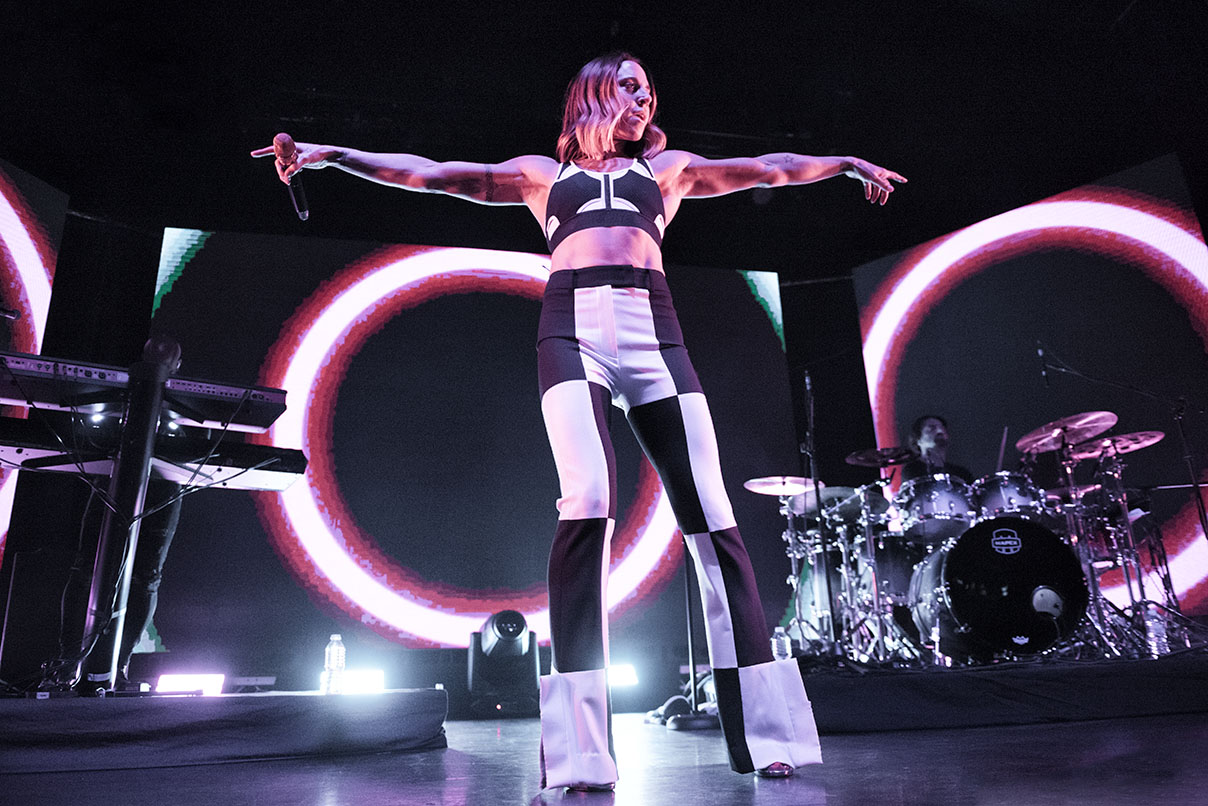 On Valentine’s night, Melanie C gave the Northern stars at Manchester’s O2 Ritz a night to remember, full of love, laughter and great music. She delivered a confident, passionate and energetic performance, as part of her rescheduled UK tour, in support of her current album, (her 7th post Spice Girls release) eponymously titled, Melanie C.

Now I don’t know whether it’s my general aversion to sport but Sporty Spice was never my favourite Spice Girl (Posh was always my favourite) and this was to be my first experience of Melanie C live and what a fabulous introduction it was.

There was a lot of love in the room and shortly before 9pm Melanie C strutted onto the stage in a three-piece black and white checked trouser suit and a pair of killer heels. She was poised and elegant and Sporty Spice seemed a distant memory as she opened the show with a faithful rendition of her recent anthemic single Who I Am. Melanie was joined onstage by her two-piece band and the simple set was beautifully lit with giant screens, which displayed swathes of colour and geometric shapes in fluorescent hues, which perfectly complemented the more electronic dancier sound of her recent musical output.

“We made it, we made it on fucking tour” she said triumphantly to the appreciative crowd, before stating that this was her “home show” as she was born and raised in Widnes which is of course not far from Manchester. The chatter continued in between the songs, sharing stories and jokes, none of this seemed forced. She appeared genuinely delighted to be back on stage in front of an audience, stating at one point “I feel slightly unhinged, I’m not used to the adrenaline surge”. She came across as funny, warm and down to earth dropping the F-bomb more than once.

“As soon as these lovely photographers have gone these shoes are coming off” she exclaimed. True to her word as our own Melanie Smith and the other photographer left the pit she sat down and removed her heels, asking for someone to “bring me my trainees” and she then said “the shoes are off, the guts out and now it’s down to business” and just like that Sporty Spice was back in the room. She then launched into her 2000 smash hit Never Be The Same Again, she turned the mic to the crowd who sang it back to her. She joined in the chorus, before completing it acapella accompanied by the majority of the 1500 people present. The setlist contained many songs from her current album, including a cover of Touch Me’ by Rui Da Silva, in addition to some of her classics from across her career. 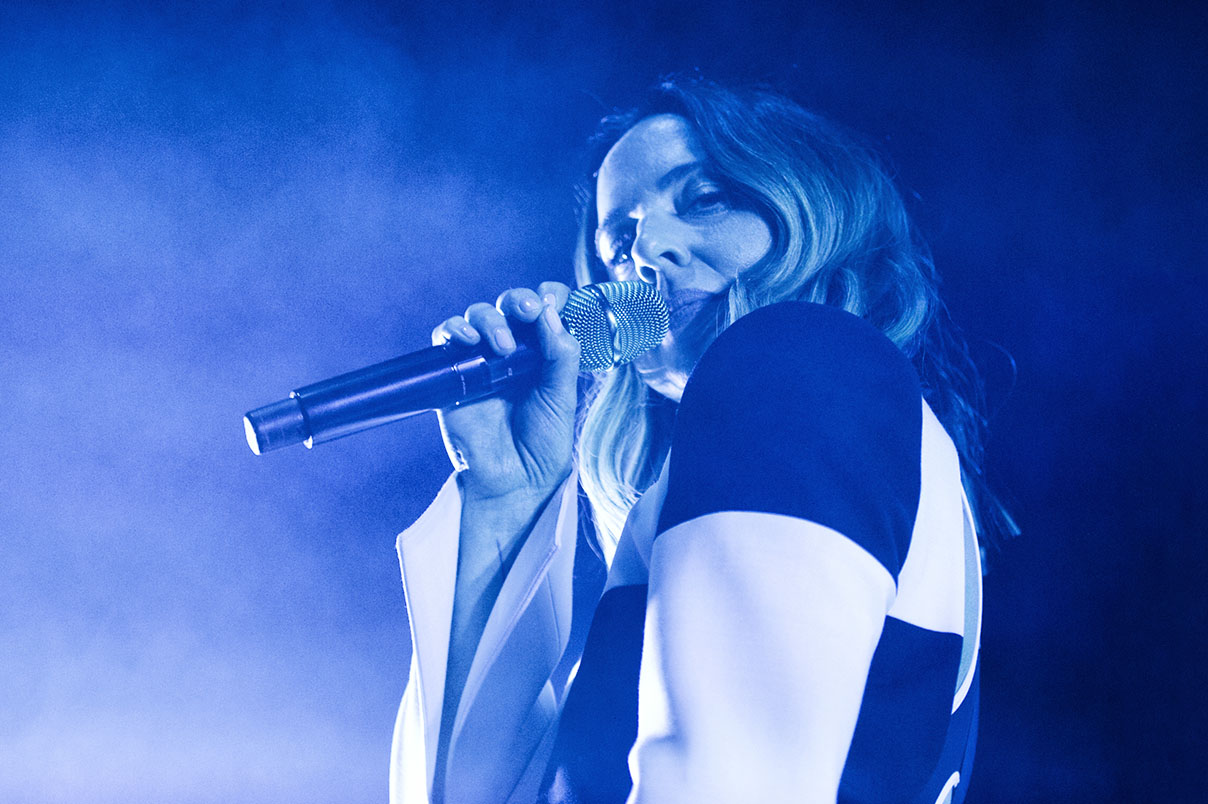 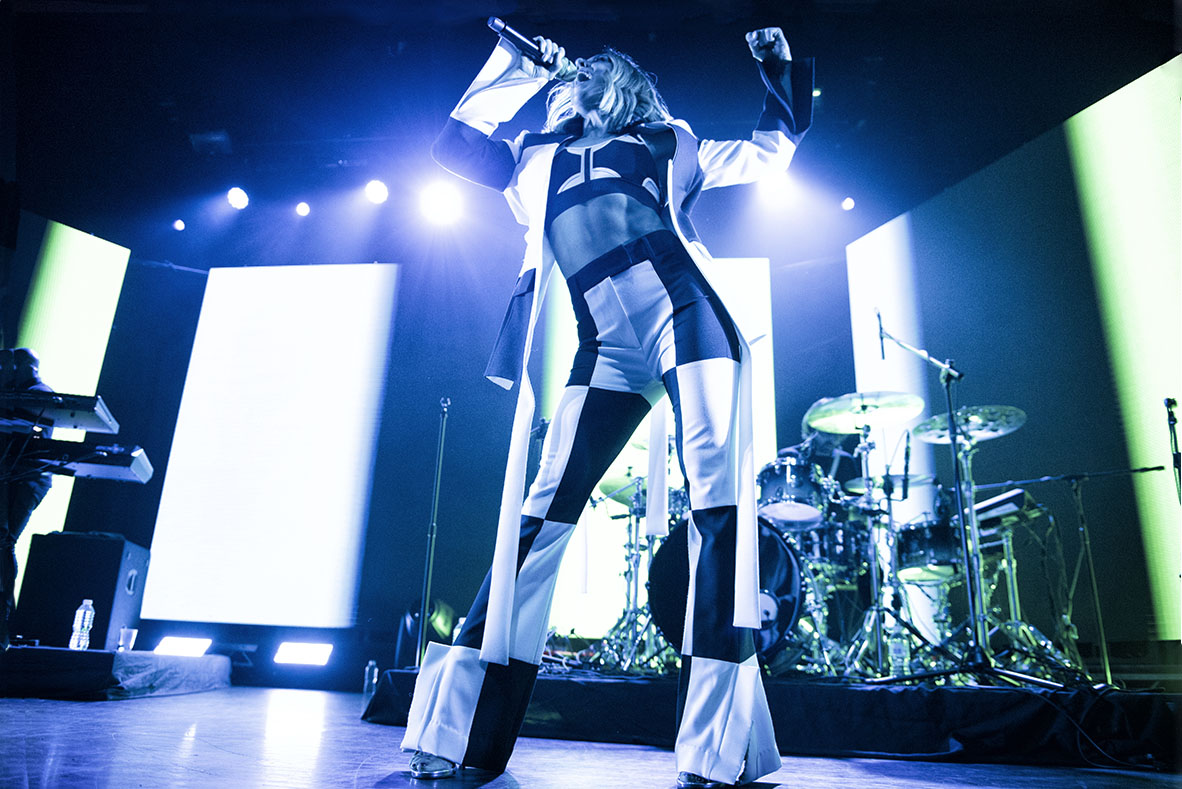 Taking things down a little she performed an acoustic version of Going Down, telling the audience “one day I’ll tell you all who that song is about, maybe in my new book” which was a great plug for her forthcoming autobiography. She then asked everyone to put their cameras away for a moment, as she explained how proud she is to be from the North West, saying that she was feeling emotional, as she had a lot of friends and family, including her parents in the audience. She then sang Northern Star, which she dedicated to herself and said that she now thinks of it as herself singing to her younger self, this was a highlight of the show and showcased her vocals, which throughout the show were strong and powerful even when she danced and jumped around the stage. 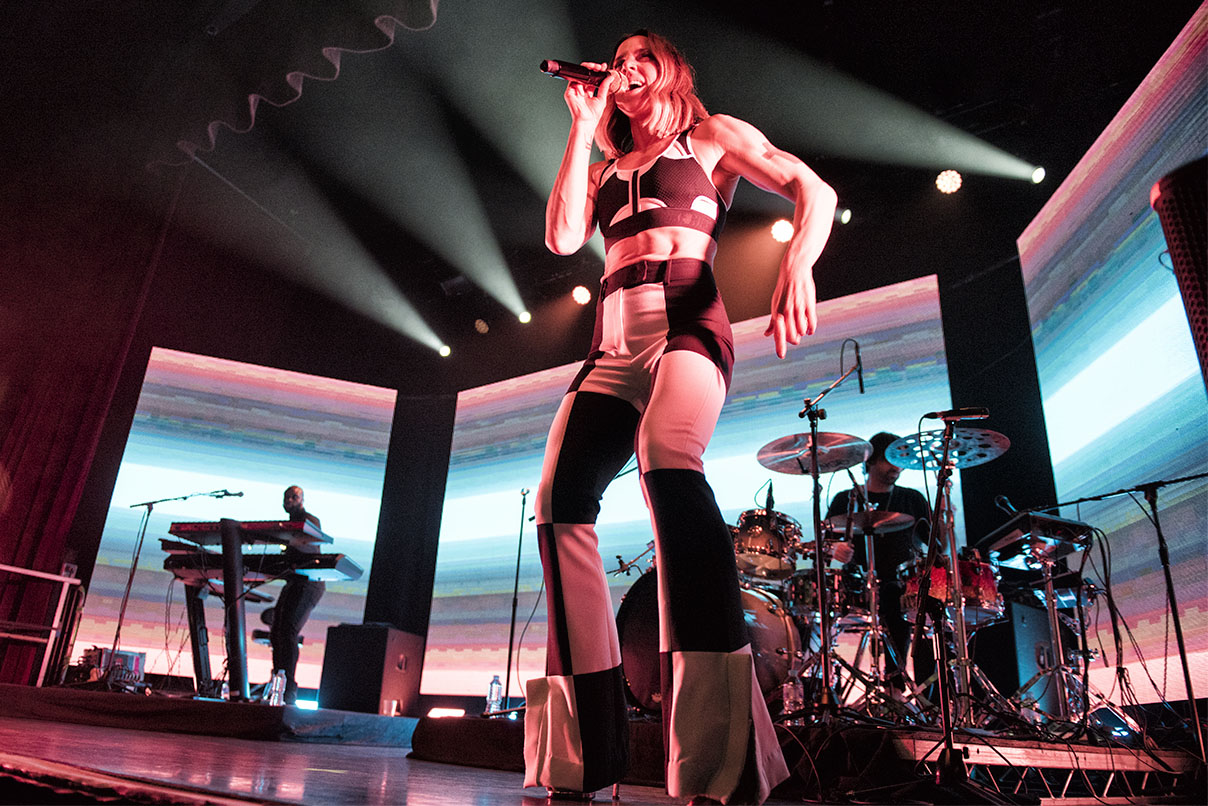 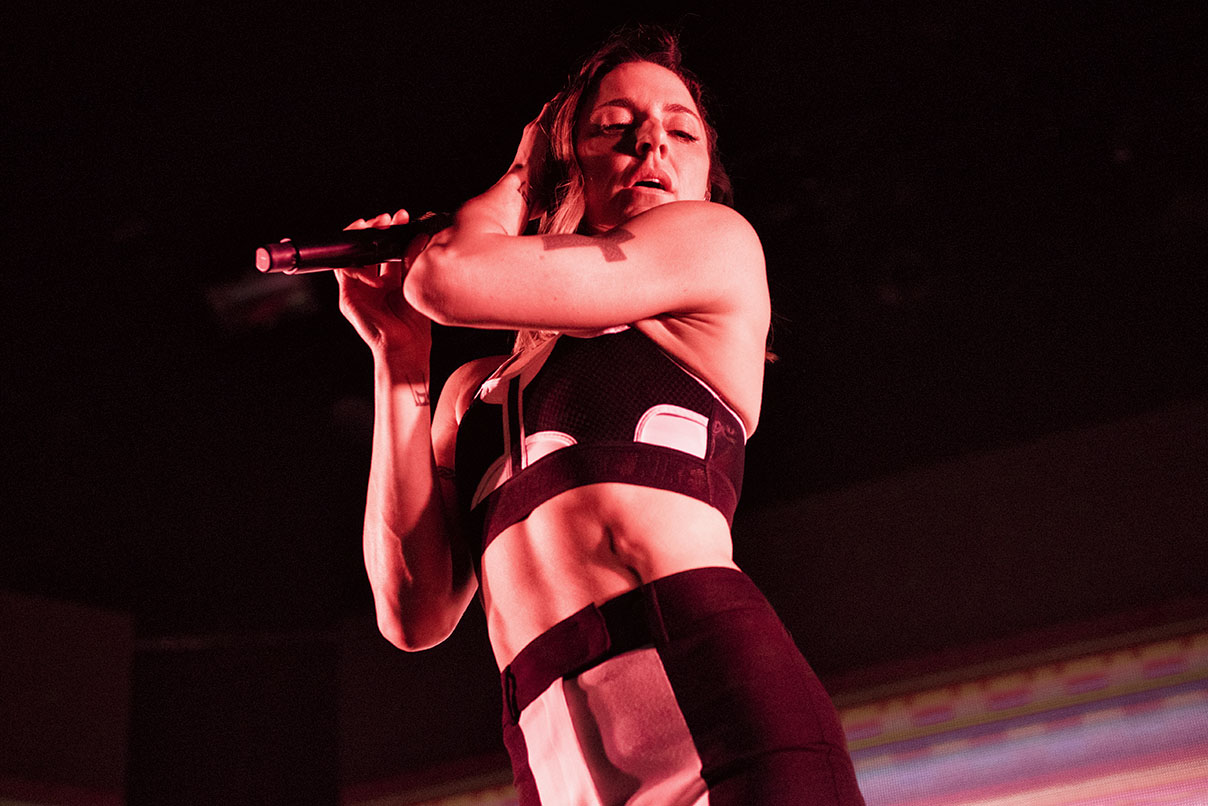 No Melanie C show would be complete without recognising the band that made her and she playfully asked “Are there any Spice Girls fans in the audience?” before performing the track 2 Become 1 and Who Do You Think You Are’ – (complete with the iconic choreography) which is arguably the best Spice girls song EVER and my personal favourite.

Slowing things down again, she ended with the appropriately titled End Of Everything. She left the stage very briefly, before returning for a two-song encore promising to “end on a high” – which she did, with a fabulous rendition of her deliciously camp high energy single High Heels, before wrapping the night up with what she promised would be “a really good last song” and it was, her monster smash from 2000 I Turn To You, she had one last dance with us all before she was gone.

What a breathtaking show it was, a really great night and I can’t think of a better way to have spent Valentine’s night, who needs chocolates and flowers when you have music and dancing and a (former) Spice Girl living her best life.


Please note: Use of these images in any form without permission is illegal. If you wish to contact the photographer please email: mel@mudkissphotography.co.uk

High heels
I turn to you