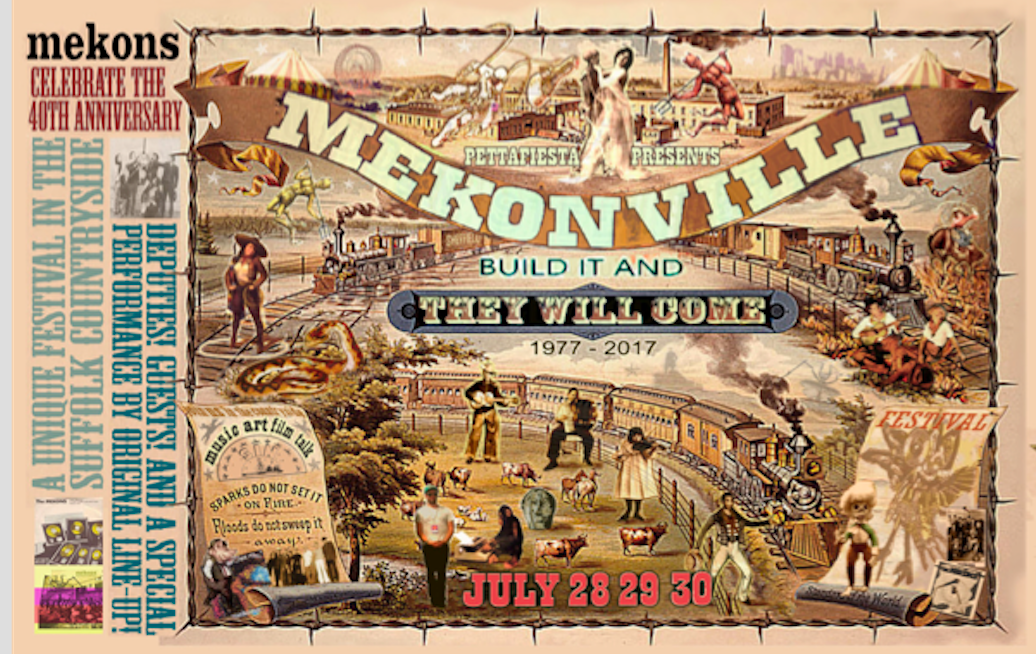 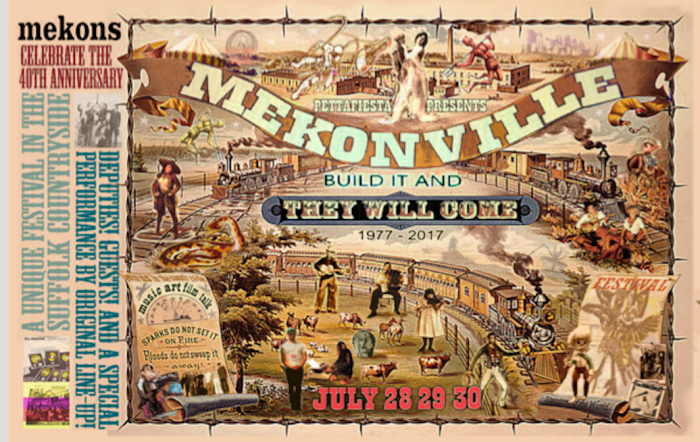 This summer, The Mekons’ current and original line-ups will play together for the first time to celebrate the band’s 40th anniversary. On July 28th, 29th and 30th, we present to you MEKONVILLE: a unique family arts festival.

Visit www.mekonville.co.uk for all the details.

In 1977 a group of Leeds art students started a band, and in 2017 The Mekons are still going strong – now based in America and applying their customary anarchic approach to country music and Americana.

Much in the spirit of the Mekons, ‘Mekonville’ is about celebrating the journey of the band, exciting new art and music. There will be an array of other attractions over the weekend of this boutique arts festival, including live music, DJs, poetry, films, children’s crafts and plenty of games.

The festival will take place in a beautiful 12 acre moated garden in the central Suffolk countryside at Laffitts Hall in Pettaugh.

Andy Corrigan, founder member of The Mekons, is bringing the original and current line up from America together for a once-in-a-lifetime performance at the boutique festival, organised by the team at Petta Fiesta.

Andy Corrigan says:  “Mekonville will be more than a celebration of a band. We will be creating a family-friendly celebration of the enthusiastic immersion in all art forms which took a bunch of teenage art students from painting, to film-making, to performance art, to recording John Peel sessions.”

Original and current Mekons, Jon Langford, says “As teenage art students we formed a band. Who’d have thought we would have still been going all these years later? Mekonville will feature every element of the performing arts we can cram into a weekend.”

Tickets numbers are limited, so we encourage everyone to book now to avoid disappointment.

The festival, which will run from July 28th to July 30th, is held in the village of Pettaugh, between Stowmarket and Ipswich.

Listen to The Mekons