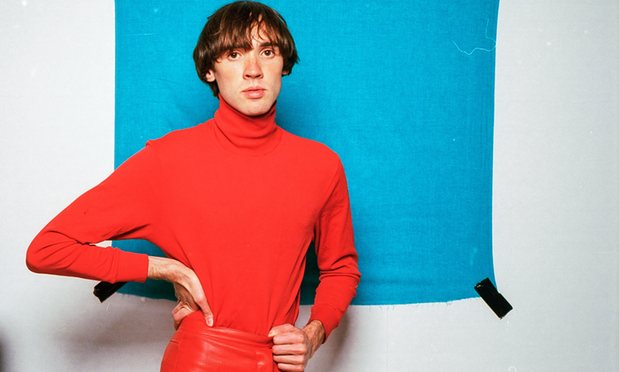 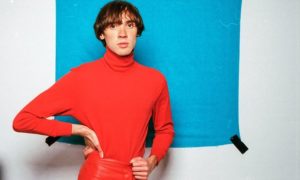 IT all could quite easily be a Steve Coogan and Rob Brydon series – six weeks busily marking the footsteps of Byron on a six week sojourn to Italy, via rainy Roman afternoons, lonely rented rooms and liberal doses of Romantic poetry. Instead, this is ‘2013’ – the debut album of Meilyr Jones released last month on Moshi Moshi, which tonight is being brought to Hackney’s Moth Club. Conceived as an anthology of the former Race Horses’ frontman’s self-imposed exile in Rome following the break of said band, tonight Jones shows that the world of middling indie’s loss was serious pop’s gain.

Following a well received support slot from the impressive Girl Ray, Jones takes to the stage with six piece band to first deliver ‘How to Recognise a Work of Art’ – a twenty four carat footstomper, all talc-tinged northern soul brass and yelping falsetto. Impossibly lanky, wide-eyed and mop topped, Meilyr Jones is every inch the indie pop star from central casting, though twee and jangling this ain’t.

Muscular, dynamic and theatrical in turns, Jones’ band excels in providing an innovative and highly textured musical palette for his songwriting; which flits from impassioned baroque to Father John Misty-esque meta commentary often in the same line. Despite a slightly more spartan onstage arrangement than the album’s rich orchestration might beg, moments such as ‘Featured Artist’ (“I am the face of the Observer’s free magazine…”) truly soar. And though there’s more wry chamber pop than you could shake a Divine Comedy record at, there’s a quiet experimentalism seaming through the set that eventually bubbles over midway through the brilliant ‘Strange/Emotional’ – beginning with its hands caught in the till with the riff from ‘Rebel Rebel’ and ending in an extended, throbbing funk workout. The interplay between such gorgeous instrumentation and creeping avant-garde brings to mind (fellow Welshman, incidentally) John Cale circa Paris 1919, and like Cale it’s at his most bold and original that Jones shines. Sat solo at keyboards for ‘Refugees’, Jones manages both stark beauty and utter fury simultaneously, and is one of the highlight’s of tonight’s set. Whether ‘2013’ does well – and God, it deserves to – we haven’t heard the last of this talent.

Protestors thrown out of Morrissey concert in the USA

Jackson Browne Interview: On love, politics, his music and a new...