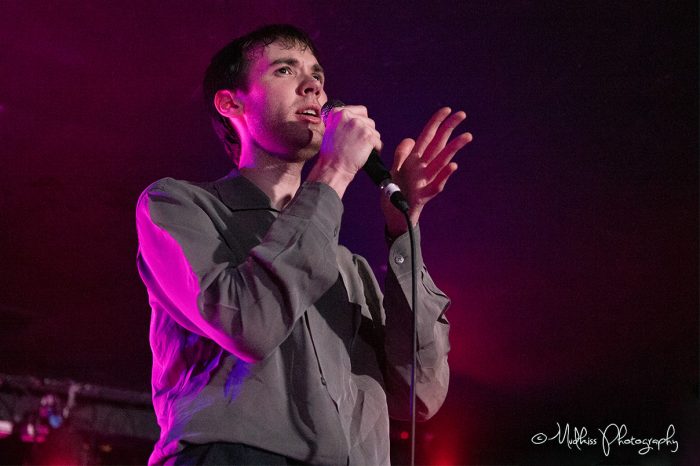 As a self-confessed lover of guitar-laden indie-pop, I’m well out of my comfort zone as I wait for 2016’s Welsh Music prize winner Meilyr Jones to come onstage at Manchester’s Ruby Lounge this evening. Although I’ve heard no end of great things about Meilyr’s live performances, this is new musical terrain for me and I can’t help feeling a bit…well…apprehensive about the gig as I admit to photographer Mel that my taste in music is ‘a bit boring actually’. Despite being incredibly impressed by Meilyr’s debut solo album ‘2013’, I still feel like I’m not quite qualified to participate in this intimate audience as I awkwardly take my position right at the front and wonder how the orchestra-laden studio tracks will be translated onto Ruby Lounge’s somewhat meagre stage. 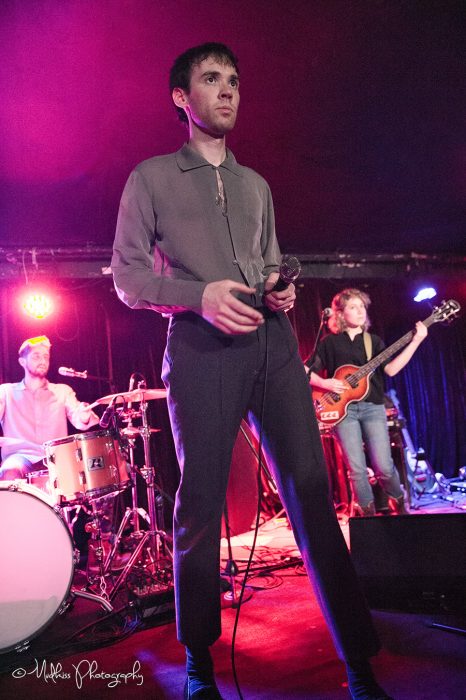 For anybody who is unfamiliar with the Ruby Lounge, it’s a nice little venue with loads of character (namely, the red decor), but the low-height stage makes it reminiscent of a primary school assembly hall as the audience are almost haphazardly close to the action. Nevertheless, this set-up appears to suit Meilyr’s intimate performance style as he enjoys some light-hearted interplay with a sociable Manchester audience who are to be applauded for being a particularly genial and unpretentious bunch.

Bursting onto the stage with blisteringly optimistic ear-worm ‘How to Recognise a Work of Art’, Meilyr cuts a gawkish figure with his barely ankle-grazing trousers and skinny demeanour, throwing shapes that would make Jarvis Cocker proud. Despite his distinct ‘anti-popstar’ get-up however, Meilyr radiates a charm and charisma that infects the whole venue, and it’s difficult not be be absolutely mesmerised by his presence as he darts around the stage like a marionette. Performing against a backdrop of an incredibly talented multi-instrumental 4-piece band complete with trumpet, violin, saxophone, bongos and more (perhaps it would be more accurate to refer to them as a miniature orchestra), it’s hard not to be won over by Meilyr’s own peculiar genre-bending brand of renaissance-pop. Between songs, he tactfully and comically deals with heckles from an excitable audience who just cannot seem to get enough. 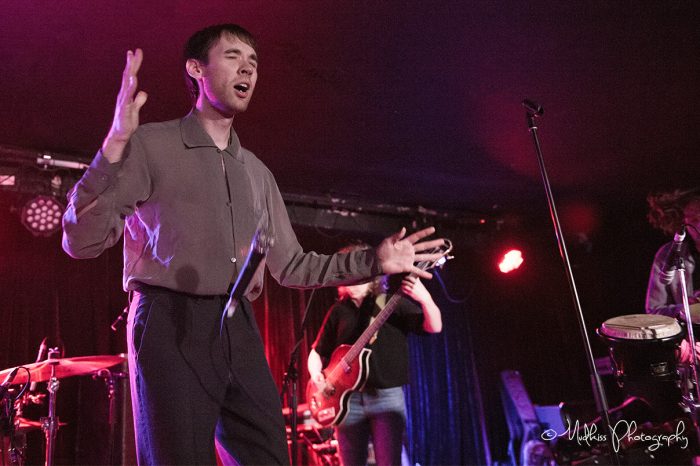 With a set consisting of ‘2013’ in its entirety, particular highlights include stripped-back track ‘Refugees’ which is made particularly haunting as the band disappear into the wings leaving Meilyr to take centre-stage, ‘Featured Artist’ which has everyone singing along under their collective breathes so as not to mar the quality of Meilyr’s gorgeous vocal, and  my personal favourite ‘Strange Emotional’ which sounds far too big for the size of the venue and is simply phenomenal. The audience were also treated to a rendition of Meilyr’s latest track ‘Watchers’, which although generally well-received, did not sound quite as strong as his other tunes. As the set drew to a close, the sheer brilliance of this talented pocket of musicians was only emphasised as they unplugged their instruments during the encore and finished off proceedings with a delightfully authentic acoustic rendition of ‘Be Soft’, which was the perfect end to the perfect evening. 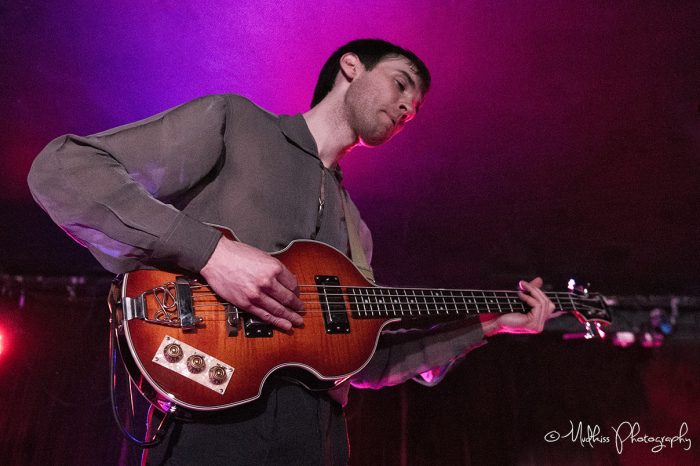 For me, a self-confessed lover of all things safe and boring, Meilyr’s music came across much more powerfully in his live performance than on his studio album and although I’m not detracting anything from the brilliance of ‘2013’, I feel that you have to see Meilyr in action to fully appreciate his multi-dimensional talents. The thing that gives his live performances that really ‘special’ element is the fact that he’s a genuinely nice bloke who just wants to share his unique music and personality with like-minded people. Bravo.