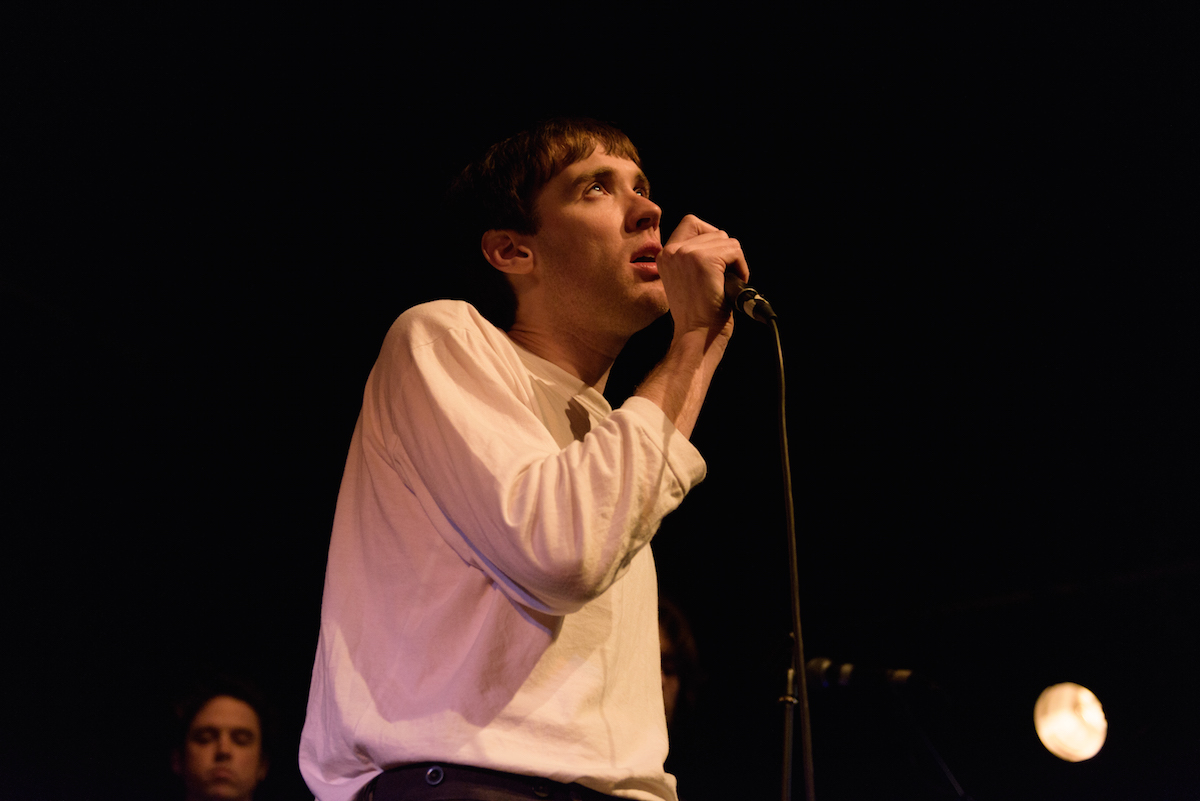 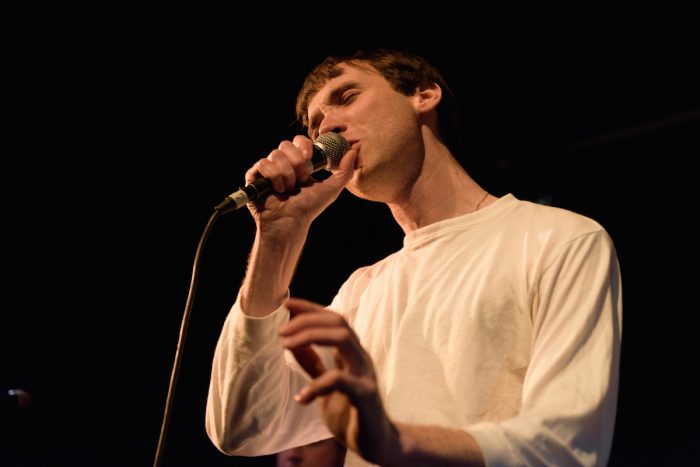 An incredible show from Meilyr Jones one of the finest performers around, theatrical, inspiring and completely incomparable to any other!

It’s rare that words fail me, but the fact tonight’s support act don’t turn up is shocking. The lack of a support act just makes the wait for Meilyr Jones to arrive even longer. Having risen from the ashes of the departed but not forgotten Race Horses, their former leader has released what has to be one of best albums of the year so far.

Packed with exceptional orchestrations, delicate vocals and the most uplifting blasts of energy 2013 has it all. Tonight Meilyr brings 2013 to life in Newcastle, as the slender giant of a man takes to the stage. His unassuming presence would not have predicted what was about to happen. Launching himself into the air and stamping down on the stage with a thunderous bang as his band kick in and he’s off prowling the stage.

With opener How To Recognise A Work Of Art, he sets out his stall. A slew of heartfelt ballads in tow, brought to life by his insatiable stage presence. An epic set of the highest order, with his passion exuding from every song. Even in those downbeat moments like Refugees, his performance is elegant and tender and overwhelmingly beautiful.

However, when he unleashes his true happiness during the exceptional Strange Emotional, he becomes truly inspirational. Whether it be lying on the floor in front of the stage, stalking the crowd or screaming and stamping around on stage, he is truly a tour de force. His passion, excitement and enthusiasm are undoubted. The likes of Passionate Friend and the wonderful Featured Artist, see him swaggering around the stage filled with exuberance.

Even with this joyous atmosphere and fun, his encore is what truly sets him apart. Without any amplification he set about the most tender track of the night, Be Soft is an exceptionally beautiful track but on record lacks the punch that the rest of the album possesses. Tonight though, with this hushed crowd Meilyr Jones delivers the most breath-taking rendition to close out the night.

It has to be handed to his band also, who in spite of their front mans frenzied performance, they gleefully swap instruments numerous times, as they bring to life these insanely complex tracks with relative ease. Whilst I’ve tried to put into words how phenomenally wonderful Meilyr Jones is, no words can truly do him justice. He is truly one of a kind and left everybody suitably aghast by his brilliance!