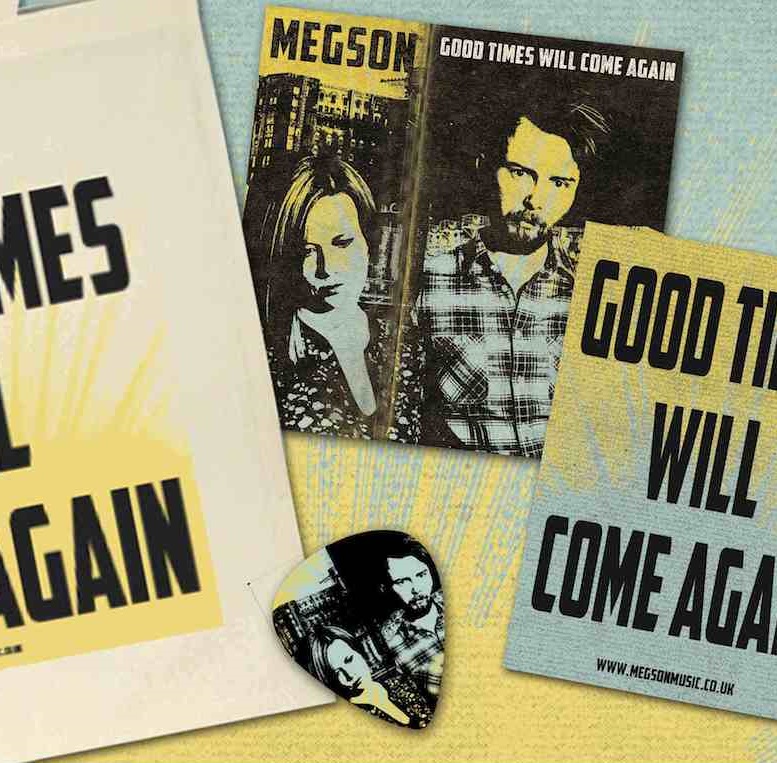 Stu and Debbie Hanna – collectively making up the duo Megson – have been around the folk music scene long enough for it to come as a surprise  that their new album is  their  first completely made up of original material. Not to cause any alarm,  they don’t stray too far from the folk road  where interpreting traditional material is the norm, bearing in mind  with the strength of their roots on industrial Teeside.

What’s not so much a surprise is that North East culture and character provides a strong backbone to much of the album. Not least in the tone of  Stu’s vocal lines and  in songs such as ‘Rap’er Te Bank’, ‘Burn Away’ and ‘Patterns’   whose lyrics are influenced by the  towering industrial presence in the area, the pit yards and the ship yards. If there’s anything that’s more folk than that, it’s a good ‘un.

There might be an absence of traditional song this time, but the narratives they create still tick the boxes which govern the folk ethos of storytelling. The focus is  on more contemporary themes though – unemployment, making ends meet  and hopes for a better life vying with love songs and thinly disguised comic attempts to climb the greasy property ladder.

While the album title might be a bit of a mouthful, the songs range from the  bright, lively and to the point to the more tender, delicate  and melancholy, the duo aided and abetted musically by John Parker on double bass and percussion from Patrick Duffin. Stu has his hands full with not only his usual guitar, banjo and mandolin but shows on ‘Pushing On’ (which could be straight from the Seth Lakeman tunebook ) not for the first time on this album that he’s no slouch at sawing away on the fiddle  – but hold on – the lyric isn’t a story of a Dartmoor maid or roving out on a May morning but standing in the queue at the job centre facing another inevitable disappointment.

Lyrically there’s a sharpness and ingenuity – listen to the way they work round the use of words in the opening salvo on ‘Generation Rent’ while ‘Zero’ sounds like a cross between a morris tune and one of the friendly songs they do in the Megson family folk show – all topped off by the intro to ‘Pop Goes The Weasel’. There are sobering moments though – the slow build to the swelling ‘A Prayer For Hope’ , the laying to rest in ‘Bonny Lad’ and the mundane existence conveyed  in ‘Patterns’, the Hannas make straight a beeline for  the poignant as well as being able to keep in touch with the commonplace.

Ultimately, ‘Good Times Will Come Again’ is about economy. No wasted time on notes or words. No hanging around to make something stretch a tad longer than need be. No instrumental doodling or indulgence. Just an adherence to the traditional  values, the core element  of good songs. And Megson can take  breath easily, comfortable in the knowledge that they  have enough clout and confidence with their own material to carry them free from what some might see as  the bonds of traditional song in this unassuming  but attention-grabbing collection. One  which is set with some absolute jewels.