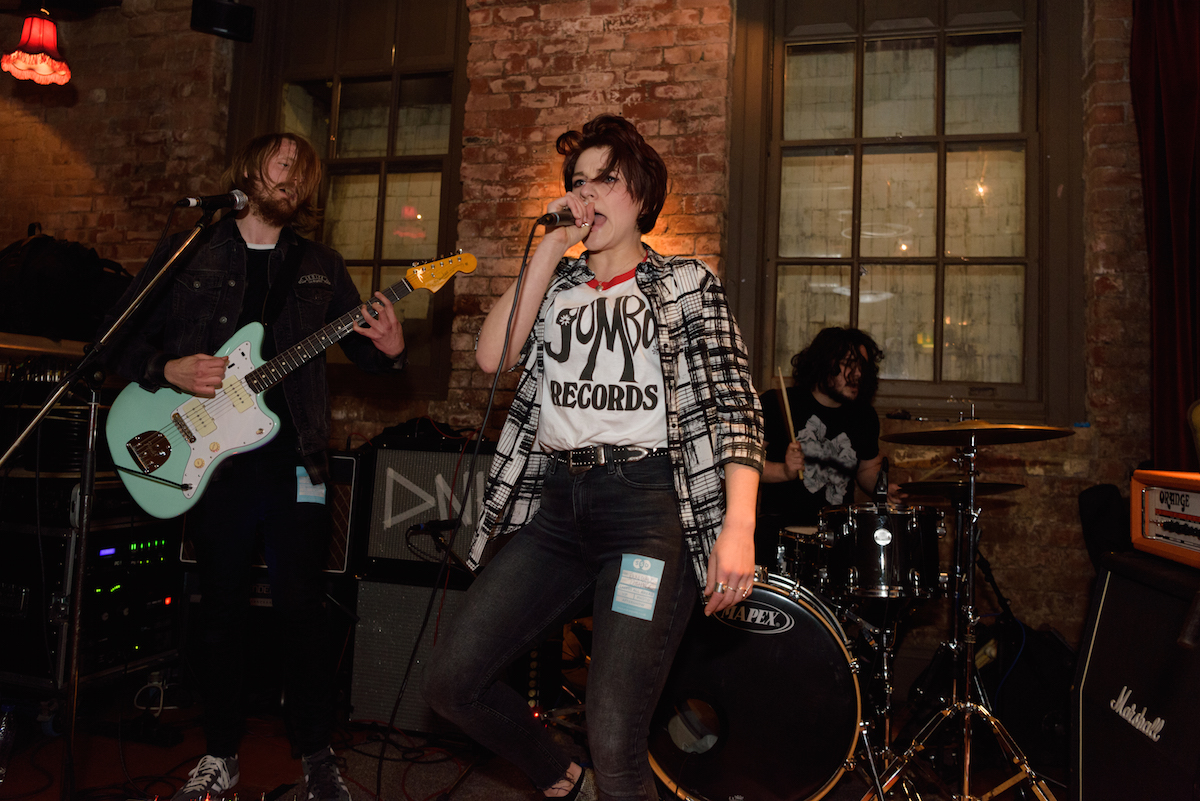 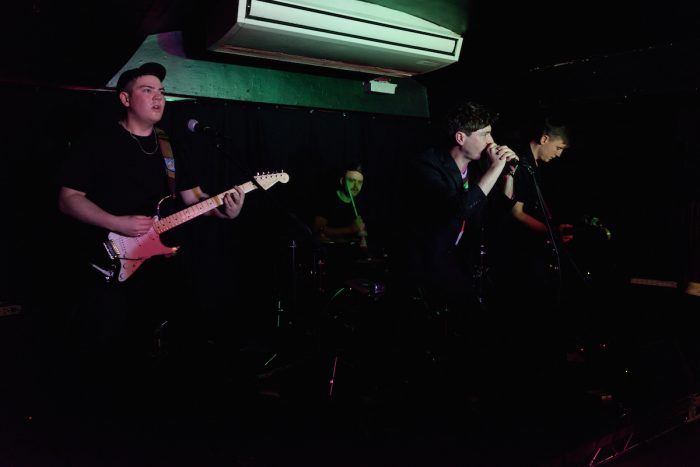 A raucous trip around Newcastle taking in some of the finest up and coming bands around, the perfect way to kick off the first Hit The North festival.

The inaugural Hit The North festival kicked off in rather epic style tonight, with a collection of some of the finest bands from across the country. The first and arguably most difficult task was definitely trying to distill the line up down into a concise schedule, with such quality we knew we were going to be alright. However, tonight arriving early was a definite must, with London’s Playing House taking to the mining Institute stage very early on.

Their upbeat garage pop serving as the perfect opener, tight harmonies and an abundance of spritely lyrics riffs making this set all the more enjoyable. Set against the splendor of the mining institutes library their great tracks are able to truly come alive, Playing House really set the bar high in their short set and only add to our excited confidence for the rest of the evening. 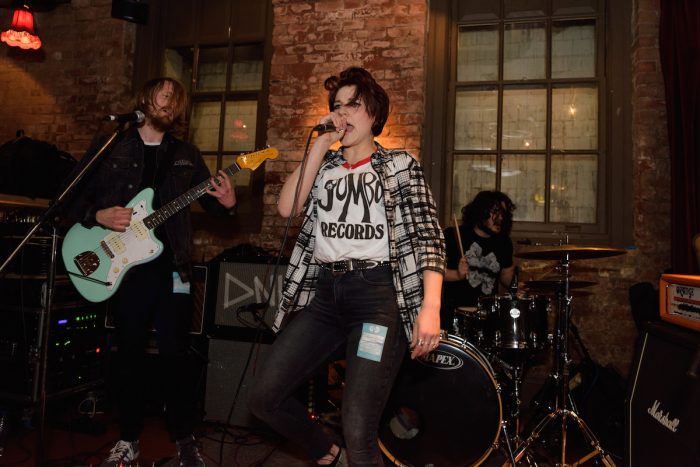 The beauty of Meet The North is its ability to tune non venues into venues, such as The Town Wall. Taking over the cinema room, Dead Naked Hippies can be heard making a racket from the street above, on further inspection a disregard for the stage sees the band causing havoc. Their passionate post punk is exceptional, lead singer Lucy is a true force of nature as she bounces around the room. With tracks like Drain You, it’ll not be long before Dead Naked Hippies are flying high, especially based upon this breathtaking spectacle.

Hull’s La Bete Blooms are a lot more subdued compared to those before them, yet they channel their enthusiasm in other ways. A slew of positive indie rock follows, less bombast yet more considered but still an exciting set. The likes of Home and TV Speak are distinct features within this short set, that has the crowd nodding along. Unlike many others who force their way into your ears without care and attention La Bete Blooms have taken that more considered approach and this should serve them well. 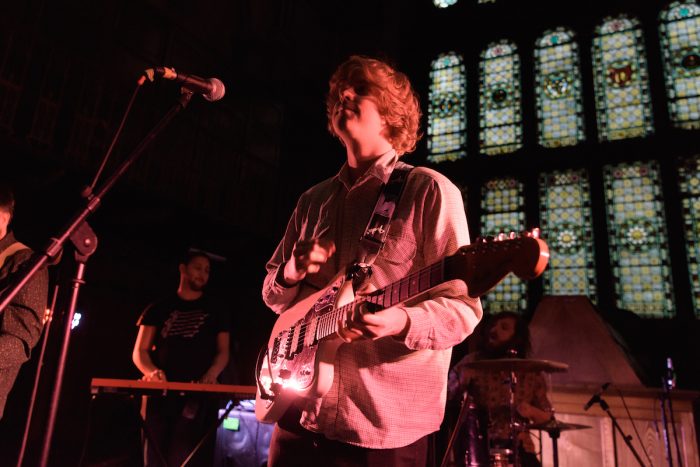 Another artist with a subtler approach is James Leonard Hewitson, his excitable upbeat tracks laced with hidden meanings leads to he himself stating there’s politics in there somewhere but you’ve got to find it. His early tracks like Care Less, Love Less and newer tracks like Dream Person have the opportunity to shine tonight. His short set has an incessant groove coupled with his constant encouragement of the crowd for their participation who willingly oblige. This chilled out set sustains the positive vibe of the evening.

For anyone confidence is a key to performing, but announcing you’re the best band in the world is perhaps not the way to go about winning a crowd over. However, Leeds band Clay employ this tactic this evening and it only sets them up for a fall, with tracks that are somewhere between the 1975 and N’Sync their set quickly turns into a car crash. Their bravado doesn’t get any better in this clash of style over substance Clay struggle to win over the crowd, who instead watch on in bewilderment rather than the bands anticipated awe. Maybe we’re missing something but Clay really fail to enthuse us on this occasion. 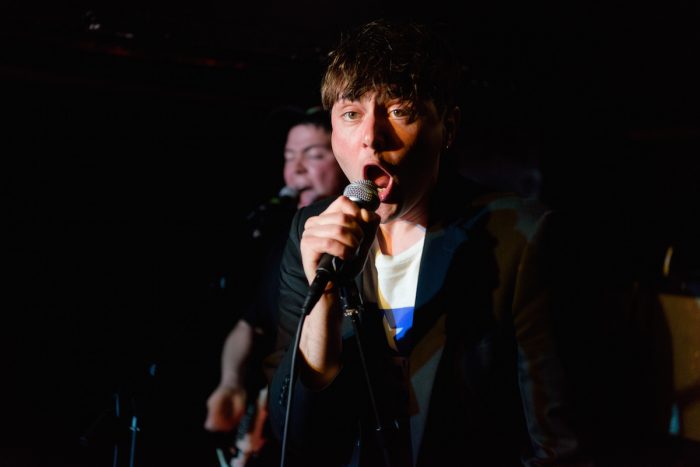 Fortunately, LIFE are not far behind them, their set is packed with passion and energy front man Mez is on fire as he stalks the crowd. Couple that with his whimsical tales between songs and it’s a sure fire route to success, tracks like Rare Boots and Euromillions seethe with heavy bass riffs and agitated drums. There’s an excitement and a purpose to their set, they perfectly channel their angst into these raucous tracks as the crowd watch on with equal fervor and enthusiasm. Without doubt one of the finest bands of the night.

We round off the night with a guaranteed highlight, Avalanche Party never fail to deliver and fortunately tonight in front of a packed crowd at Think Tank they set about tearing the roof off. Their brooding opening that sees Jordan staring out the crowd from the edge of the stage, they quickly ramp up the tempo. As the crowd oblige with a frantic pit that Jordan cordially joins sharp riffs and bombastic tracks are the order of their set, as well as Jordan’s own inimitable style. It completely baffles us as to why they aren’t one of the biggest bands in the country, they have everything and truly are a force to be reckoned with live. 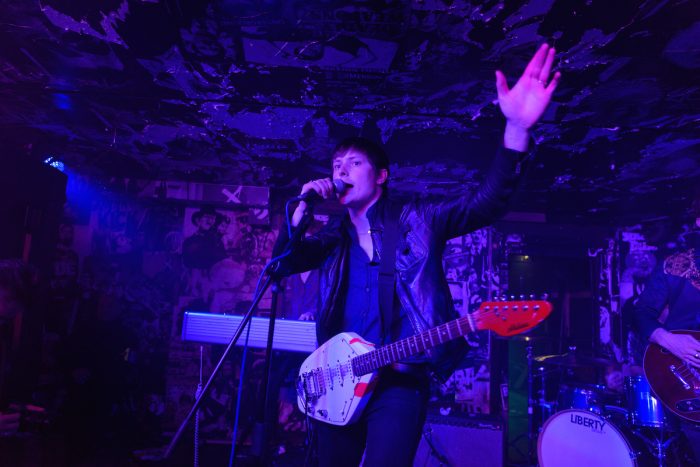 They cap off an incredible first day of Hit The North festival, with some obvious highlights and one slight blip a long the way were left insanely excited for the main event.