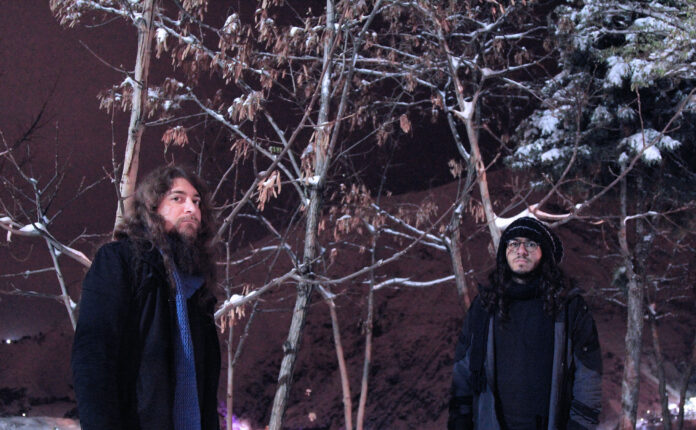 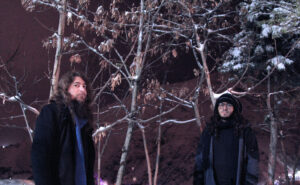 In this digital age, people use Instagram for a variety of reasons. I use it mostly to support the bands and artists I like and vegan activism. But a couple of weeks ago, something surprising happened and I discovered a wonderful band through this popular App! When they followed my account, I figured out that it is a progressive underground band from Tehran, Iran. The music in the short clips that they shared were so good that I immediately wanted to learn more about them. But it was not possible to find anything on the Internet. So I left a comment below one of their video clips, saying that “I wanted to interview your band!” We exchanged e-mails and here’s my interview with Barfak!

LTW: First of all, thank you for following me on Instagram. Because that’s how I discovered your music! After watching one of your videos on YouTube, I tried to get some information about your band on the Internet, but it was not possible to find anything. So I’d like to learn some basic facts about Barfak. I guess that there are 3 musicians in the band. Would you please introduce your band to me? Who plays what? When and how was it founded?

Armin Arefi: First, we all really appreciate your attention and support. This band was formed two years ago in Tehran. In the beginning, there were 3 main members Armin Arefi (guitars), Farzin n’Samani (bass), Ali Seif (piano).
At first, it was a side music project beside another project that we were working on at that time, but after a while it became more important to us because of some reasons including special circumstances and good feedbacks we got from the fans. Therefore, we also performed several concerts in the last 2 years in Tehran.
Our pianist left the band in the final step of album recording because of personal reasons, but fortunately it didn’t make us to give up our future plans and we decided to use a guest instrumentalist.

In Persian language it has two different meanings. However, we did not pinpoint only one of them so that both can be considered. 1. Little snow flake 2. White noise of TV!

LTW:Have you released an album or EP?

Right now that we are answering your questions, the first album of “Barfak” is being uploaded on SoundCloud. It is possible to download and listen to it by this link: www.souncloud.com/barfakmusic

LTW: From listening to your songs, I get the sense that it has a lot to do with nature, the planet and space. What are your inspirations, musically and culturally? What inspires your band to write music? Is it an attempt to express something emotional or is it more of a narrative?

We believe it is possible to think, discuss and create music about the concepts mentioned in this question for days and months. So here we can provide you with just a brief outlook of what we believe in. As a human being we are in our own evolution paths like the other creatures. Nature is the source of our existence and everything else we know. The consciousness given to us is not pointless. Therefore, we should utilize it as a tool in our evolution paths to understand the signs which nature is showing us.

LTW: Can you describe your musical interests, in terms of both listening and playing?

In fact, there has been a variety in our musical interests recently. We believe that there is progress in evolutional process of all music genres. These processes have so much in common. We call this process “extrication from the old clichés”.

LTW: What has been your inspiration to keep you focused to create music?

It is in the human nature to create, like making art pieces as well. We’ve been into music since we were children and we’ve chosen it as our main paths for living. It’s better to say music has chosen us and we owe it.

LTW: Your songs that I’ve listened are all instrumental. Since we don’t have lyrics to interpret, were there any specific subjects or emotions you were trying to channel into your songs?

Most of our songs are instrumental because we believe that we do not necessarily need words to express the feelings in these pieces. And instrumental music can be perfect alone. Also songs’ titles can tell you about our emotions about them.

LTW: What kind of difficulties do you guys find—or things that make it easier—about writing music without vocals?

We use pictures and visuals concerning our feelings about the songs. It provides us with better understanding and connection with our audiences. In this way better connection can be made between our art and audiences.

We do not call it as a difficulty since it is somehow good that we can spend most of our time and attentions on the instruments and sound designs. You know, most of the great musicians, (we mean except vocals), would rather express their feelings and ideas by notes of their instruments instead of words.

LTW: The song called “Time’s Mirror” is quite intense, it is a brilliant track. Can you discuss the things you went through in your composing of that song?

First, we would like to say that we are so pleased that you like it. And we’re so happy to have audiences like you. In fact it is hard to explain it by words. We can just tell that the place in the clip shows our reversed time. This time made us look inside ourselves. The main purpose of this song is to show our feelings about our internal happenings.

LTW: When you play live, what kind of reactions do you get from the young Iranian people?

What an interesting question! Actually young people and artists’ reactions were so unbelievable for us. We didn’t expect this much connection between the Barfak songs and people, as it isn’t a popular music. It got more interesting for us at our last concert because there were people in any ages, from 6 year old children to 70 year old men in the hall and everyone made a specific connection to our songs. It gave us a wonderful energy.

LTW: What message would you want your listeners to get from your music?

It is necessary for human being to be as harmonic as possible with the rhythm of nature in order to fulfill persistence of survival and happiness.

LTW: There are two videos on YouTube in which you play in a small cafe in Tehran. Are you part of the underground, alternative music scene in the city?

Yes of course. By considering the present circumstances, we can’t expect better than this.

LTW: Iran is a country where women are not allowed to sing in public, and only songs approved from the Ministry of Culture and Islamic Guidance are allowed. However, I know that Iran, surprisingly, has a vibrant underground music scene that includes some rebellious musicians, some of whom are women. How does the underground music scene in the country keep it up?

Well, it was one of the difficulties for our activities! I try to explain about some of our problems in brief. In fact Barfak was a side project of another main project mentioned in the first question. The main project was a female fronted, Symphonic Metal band named Frosted Leaves which we started in 2009. Our EP album (Bleak Autumn) was published in the first place. Although we got so many good feedbacks from the album, we understood there was no chance for us to continue with female vocal and Symphonic Metal genre.
We did not give up though. We had a concert in Dubai and released a single track “Child of the Flames”. But we finally had to decide to postpone our activities to the future because of lack of circumstances like having a sponsor. We assumed that it may become possible in the future to afford the cost even without any sponsor.
Today, not only Frosted Leaves is alive and breathing but also we started another band Wild Garden in electronic genre which has female vocal too. It shows that none of these limitations can stop women in art.

LTW: I hear that even traditional songs are frowned upon, so what are the chances for young people interested in playing rock, rap and indie?

There are differences between the traditional musician difficulties and the ones we have. They have at least good and stable circumstances for their activities, although there will also be some problems in their ways.
However, regarding to the genres mentioned there are always many problems depending on the time. Sometimes musicians can find the way to progress, but the next day it will be impossible because of the current circumstances. And this means there is somehow no chance for musicians in these genres to continue their activities.

LTW: What was it like when your parents were growing up?

There were fewer limitations in the past, but peoples’ tastes in music were also limited to our traditional songs and eventually to the pop music of that time.

LTW: Have you ever played live outside Iran?

We had some live shows before with our other band Frosted Leaves. Although we unfortunately did not have any with Barfak band, we have already some plans for live shows outside Iran in near future.

LTW: What music or artists from past or present you most enjoy at the moment?

LTW: Can you recommend us some alternative Iranian bands / acts to follow?

Yes of course. There are some great bands like : Atoma – Quartet Diminished – Mavara – Baaroot – Frequency of Butterfly Wings – Spiral – Across the Waves.

LTW: Do you have any message to people?

I hope all people in the Middle East will be able to live in peace soon!