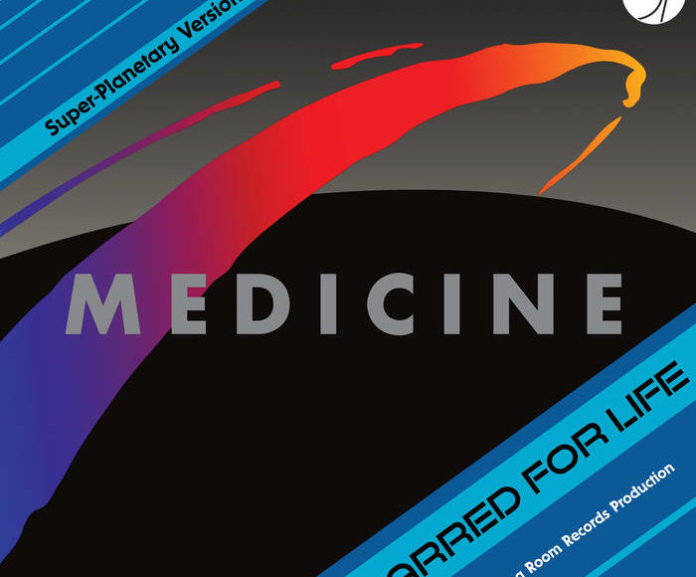 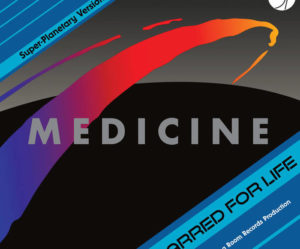 Alt-rock shoegaze noise merchants Medicine release a new album after what feels like forever. The initial joy at hearing the news was tempered on discovering the album was one of cover versions. Never fear though, this isn’t your average covers album. With Medicine sounding vital and re-energised, unleashing their own vibrant take on their chosen tracks giving them a whole new lease of life.

I prepared myself to be disappointed. I expected lame versions of classic songs or bizarre reinterpretations that should really have ended up on a hastily spliced tape lying on the recording studio floor, or to be released only on a pointless unreleased demos and covers extra disc on a future multi-disc definitive release. Don’t get me wrong, I don’t hate covers. Over the years there have been many cover versions I have thoroughly enjoyed and on rare occasions, the cover has sometimes been more affecting than the original. Sinead O’Connor’s take on Prince’s Nothing Compares 2 U is a case in point. All too often though, covers albums can be a lame turkey.

A couple of tracks into this album though and I was pleasantly surprised for several reasons. The choice of tracks isn’t your average or obvious selection, and it is welcomingly eclectic too. I will admit that there were a couple of songs I was unaware of, having to investigate their origins, making it more refreshing and to some listeners will seem just like “new” Medicine tracks. Listening to the first couple of songs and perusing the list of the ones still to come, I was intrigued about how the band would tackle the range of artists chosen, from the likes Scritti Politti, Frank Zappa and The Monkees.

The answer is simple, they treat them like they are Medicine songs. Layering the instruments and arranging them to create a fuzzy and enveloping wall of sound.

Probably best known from a pop culture perspective as one of the bands appearing in a live cameo in The Crow movie and having a song on the soundtrack, the band have returned after a prolonged hiatus. The line-up comprising of founder and guitar supremo Brad Laner, original vocalist Annette Zilinskas, Jim Goodall on drums, Matt Devine on guitar and Solo Godspeed on keyboards.

The covers here are random, but that is intentional, there is no underlying message or theme running throughout. ”… the song choices have no cohesive theme and although it’s a bit noisy, we’re not trying to be all anything, or whatever,” says Brad Laner.

On the first couple of listens, I wasn’t sure if some of the songs worked, but the more I played them the deeper I got drawn in by the entrancing noise-pop liberally sprinkled with fuzzy guitar feedback. Despite the seemingly disparate nature of the origins of the songs, the end result is fairly cohesive and mixes each of the songs roots with the band’s distinctive style. Buffalo Springfield’s Expecting to Fly retains an element of hippy roots. Sally Go Round the Roses reveals a debt to The Beatles. A sympathetic take on Scritti Politti’s lover’s rock classic Sweetest Girl is one of the album highlights. While a dissonant, distorted noisy take on Mile’s Davis Black Satin ends the album making me want more.

The band obviously enjoyed making this album, hopefully, it precedes an album of their own material, re-invigorated and ready to rock.