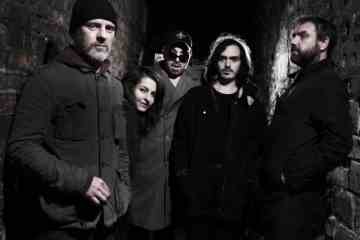 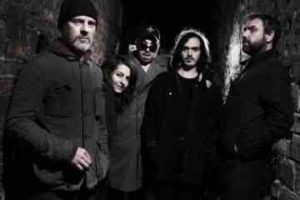 Louder Than War’s Roxy Gillespie listens to Brother, the new single from Meatraffle and finds it an ode to pure friendship and some damn fine music to back it up.

Meatraffle have released their latest single Brother on Moshi Moshi records. The band from South London are currently recording the follow-up to the excellent Hi-Fi Classics, which they have decreed shall be their third album to by-pass the curse of the second album. It is thought, but not confirmed, that their name was the result of a classic Weatherspoon’s afternoon enjoyed by Zsa Zsa Sapien and Mutado Pintado of Warmduscher and Paranoid London. The actual plan was a bona fide meatraffle, although how this mutated into the formation of the band is unclear.

Brother starts by establishing the rhythm which is soon overlaid by the rich tones of Zsa Zsa Sapien’s trumpet and then vocals. The lyrics are very personal. After all, it is our commonalities and the treatment we receive from those around us that makes them friends. The rest of the band really kick in for the chorus, “You’re like a brother/sister from another mother”, gender according to the version you access, pushing the track up a notch.

Deliberately unclassifiable, the band’s music draws influences across genres and is described as psychedelic, socialist, utopian, death ragga, erroneous funk, trapdoor jazz, bastard music by the band. Whatever you want to call it, their music is a great antidote to mainstream pap. At times soothing, at times forceful and in your face, Brother is a bit like friendship, really; a bumpy ride but a journey well worth taking.

Never a band to take themselves too seriously, B-side Love Hz, has great lyrics. A tongue-in-cheek ballad, It is rather charmingly accompanied by a video with dogs shagging in the background and a winged Cloudy Truffles fluttering round on backing vocals. Something to cheer up your weekend, although possibly not if your ulcer is playing up.

Meatraffle continue their musical revolution by relying on music rather than fashion and forging ahead with their own agenda. A manifesto to believe in.

Brother is available to pre-order here.