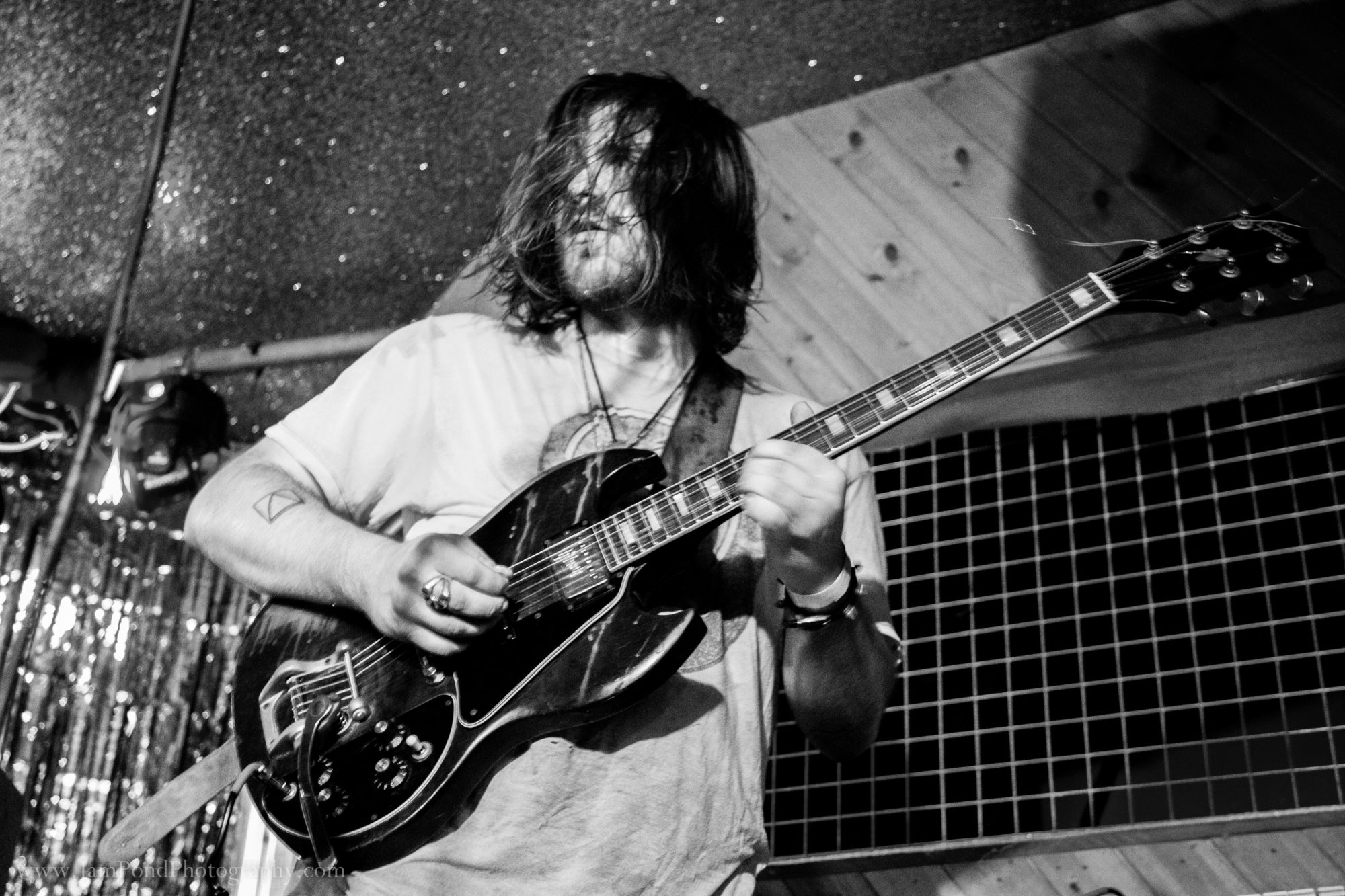 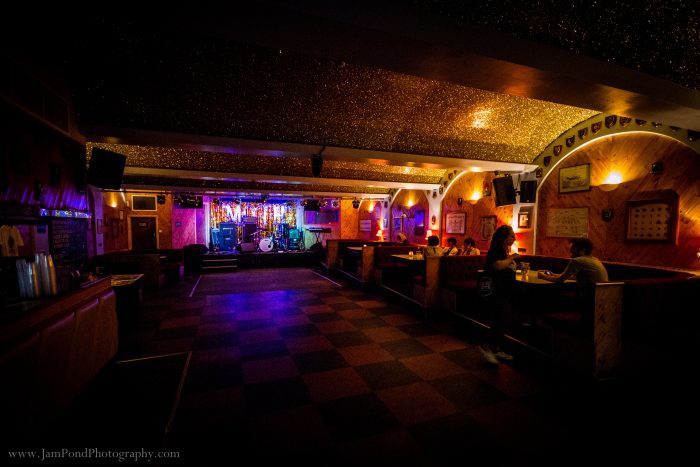 I hadn’t realised that there is a venue directly opposite the old Hackney Empire (well, if you were to knock down the row of shops in between) and I almost walked straight past it.

The Moth Club is located inside a Victorian red brick building (The Old Trades Hall) which has a massive poppy stuck to its edifice. So it came as no surprise to learn that MOTH stands for The Memorable Order of Tin Hats – with some connection back to a campaign in South Africa.

The hall itself is very Phoenix Nights – with gold and sparkles a plenty to compliment the army memorabilia on the walls, along with a sign warning children that they are not allowed on the dance floor after 9.30. For a moment I thought I had gone back to my childhood, where I spent a great deal of time eating crisps and drinking bottles of coke in Working Man’s Clubs, waiting for my Dad’s cover band to perform, in between bouts of bingo and “the comic”. I wasn’t really sure what to expect.

Thanks to the promoters, Rock Feed Back, we were treated to three bands that demanded a good hearing and somehow the edgy, throwback venue worked very well indeed.

Three piece from Leeds. Mike Ainsley, drums. Rob Riggs and Luciel Brown on guitar and bass. Both Rob and Luciel provided vocals and towards the end of the set they swapped instruments. 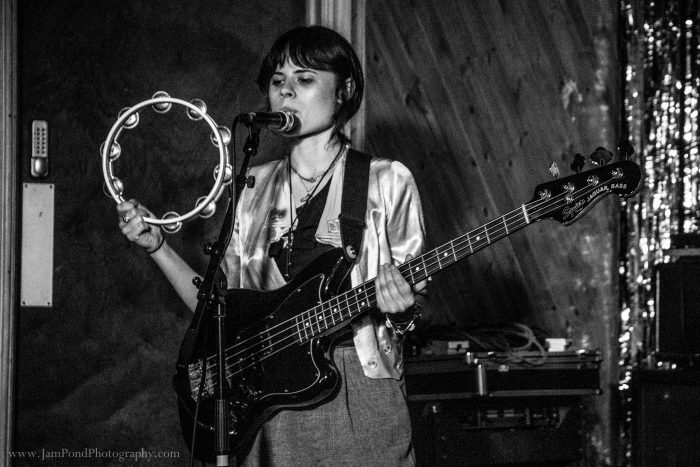 Fave tracks of an oh too short set were the repetitive Fictional Decision (which I think has borrowed from The Pixies’ Monkey Gone to Heaven) and Faux Text, released in April, which more than stood up live without the rasping sax that you’ll hear on the studio version.

If I was going to get a fantasy festival organised, Drahla would be one of the first on the list 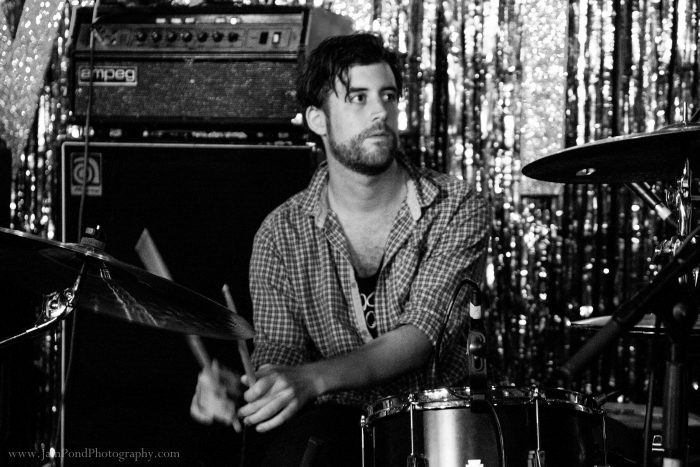 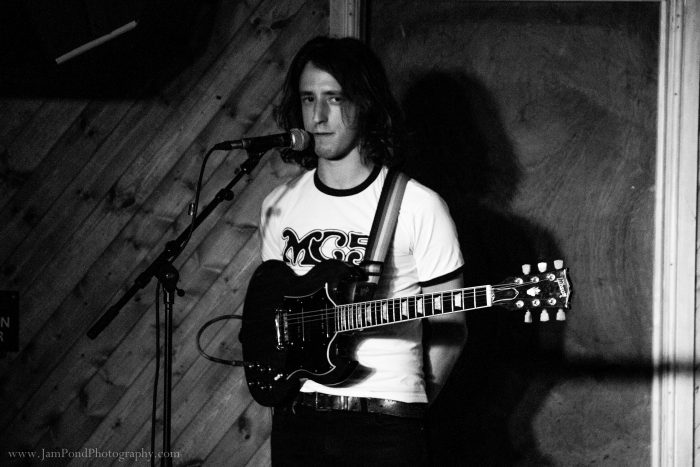 Thee MVPs kicked off by explaining that MVP stands for Most Valuable Player.  I guess the extra ‘e’ stands for wanting to connect to a long line of bands that feel one e is not enough. I thought they must be from Cali, but it turns out they hail from Gravesend.

They’re noisy, energetic and dare I say, fun.  They play their guitars hard and fast, accompanied by a thumping, pumping rhythm section – with a bass player that has the look of Kate Moss about her.

I heard echoes of The Damned and early Stranglers in there, as well as nods over the pond to loose guitar bands like Thee Oh Sees and MC5.

Sweat poured from their foreheads.  A great way to raise the temperature. 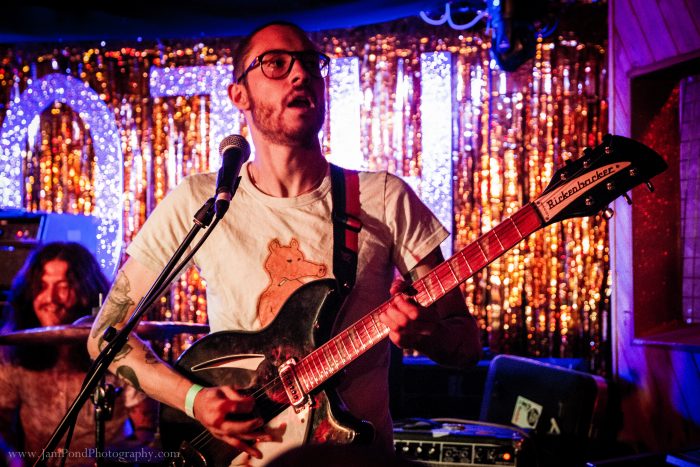 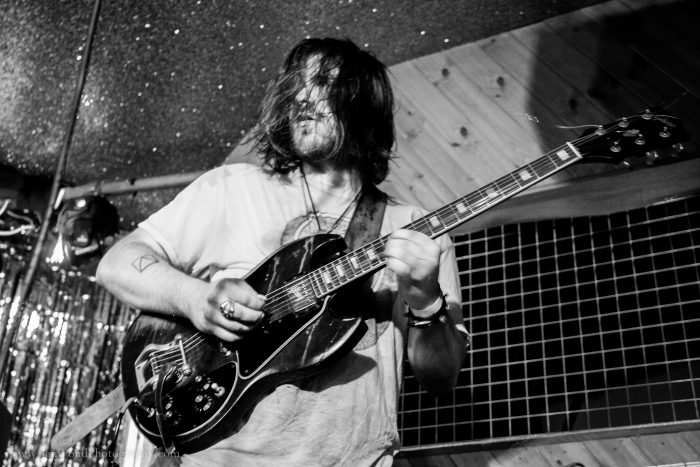 Between bands I had a chat with a group of people from Tunbridge Wells who had come up to see “the best band on the planet”.  They explained that Meatbodies are a kind of supergroup from the California garage scene – with Chad Ubovich being the driving force behind the band.  And they added that it was one of their 40th birthdays – she was worried she was getting too old for this.

Nah. Although, I did fear for her life when the mosh pit got going…..

Meatbodies came in from LA and started things off quietly – with guitarist Cory Hanson leaning against the wall, gently picking out notes on his big red guitar, before launching into a barrage of noise. I kept thinking is this Black Sabbath, or some other old psych-metal band in disguise? It definitely had roots back to the 70’s and maybe even earlier – ‘Creature Feature’, for example, could be on a psychedelic’s greatest hits compilation album.

Chad Ubovich’s guitar, keyboards and Roy Wood-esque vocals kept the crowd transfixed. When they opened up the box of tricks that is ‘Disorder’, the fans went a bit crazy – shirts off, moshing – people crowd-surfing. Bedlam. I saw at least one lad kicked in the head and another in the ‘nads – I should have brought my tin hat after all.

Meatbodies blasted away at the room and the less brave ran for cover. It was no surprise that the heavens opened up to provide a massive thunder storm as their set concluded.

And I thought the MOTH club was just a home for lepidopterists. 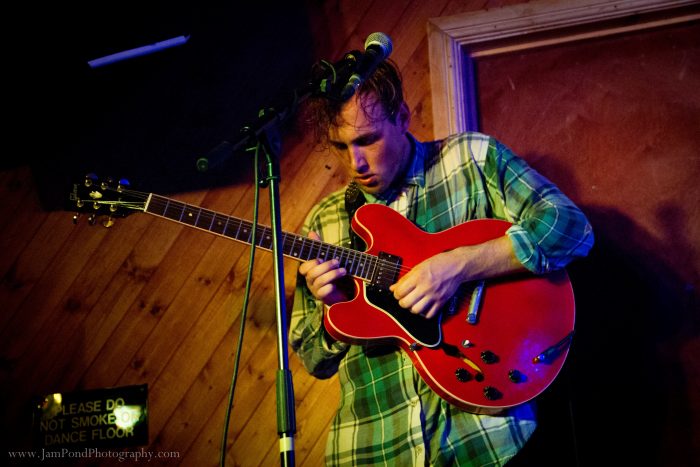 Marcus Jamieson-Pond is a regular gig goer in London – more images from this event and others can be found at www.jampondphotography.com/gigs