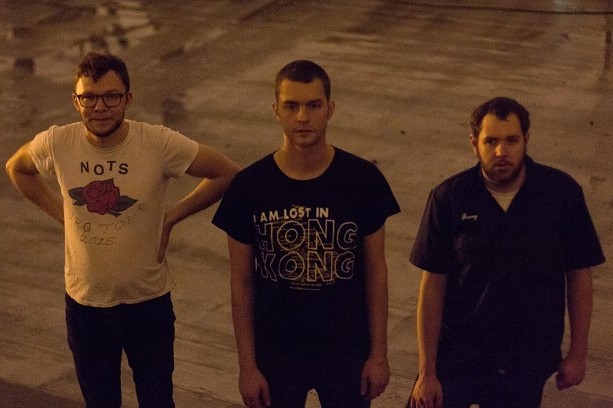 Chris Sutter from Chicago’s Meat Wave talks about the band’s tornadic new album The Incessant (LTW review here ), meat and even some tofu for good measure.

How did the recording/writing process for The Incessant differ from your experience with Delusion Moon?

It was pretty similar. I think we just had a better idea of what we wanted and what we were getting with this new one. There was a lot more preparation. A lot more revision. We were in a studio for the first time, but the process is quite similar. It was really great for us to put it to tape. The entire process from tracking to mastering was all analogue. We did it, and always do it, in a very short amount of time.

Can you tell us a bit about the concept you explore on The Incessant?

It’s a reflection and a meditation on a very tumultuous and confusing time. The incessant is this tornado of a list of sensations: fear, shame, confusion, regret. So it was a magnified look into why and how these feelings show up. And the uncovering of something larger regarding myself, a series of truths. It’s good to have a long and hard look at yourself sometimes.

Your sound has taken a delightfully dark and dangerous turn on the album  – can you talk a bit about what drove things this direction?

Well, it has to reflect the subject matter. It has to soundtrack these sensations that I’m talking about. And ultimately, we want to grow and evolve and keep doing things differently. I think our band is prone, or was prone at that time, to write some sinister-sounding shit. And now, it’s been nearly a year since we recorded it, so we’re in a different place. It feels removed in a certain way now. I was listening to a lot of really moody jazz standards. Among many other things. Just trying to seek out the darkest ones I could find. Angel Eyes, the version sung by Ella Fitzgerald, destroyed me. It was so fucking heavy while also being very elegant.

What does Meat Wave ultimately want to deliver to listeners?

I’m not exactly sure. But I think we’re trying to tap into some primal rawness or catharsis. It could be an outlet. It’s an outlet for us. Maybe it could be for other people.

What elements do you guys appreciate most in the music you love?

This question makes me think of Fiona Apple, and how she twists and contorts her music. Her progressions glide from major to minor constantly, you can see it going light to dark, light to dark. She’s so fucking raw. Especially her last album she made. She’s very real, and I really appreciate that. It sounds very human.

What is Meat Wave looking forward to in Europe this spring?

What kind of Meat IS it?

I just had a really good carnitas taco the other day, so I’m gonna go with that.

If it was some other kind of wave, instead of meat, what would it be?

That awesome Debussy wave that people have hanging in their dorms.

Are any of you vegetarians? Have you ever met a piece of tofu you’ve liked?

When we started the band I was a vegetarian. Meanwhile I was working at a grocery store in the meat department. So we would cook up samples, steaks and burgers and stuff. I was in school and broke, so I would eat the samples, my downward spiral back into meat. I have a weird relationship with tofu. At my first year in college I ate a Chinese tofu dish with my friend Kyle followed by lukewarm malt liquor and proceeded to throw it all up on the train back to my dorm room. That was the last time I ate tofu.

If the world was about to end and you could only listen to one last song, what song would it be?

The forecast below predicts that Meat Wave is about to engulf Europe, melting everything in their sweltering, salty path. Catch them when they blow through your town.