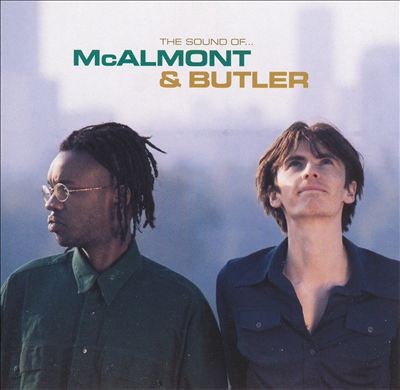 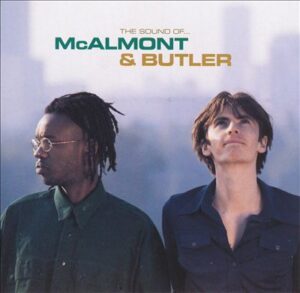 This year sees the twenty year anniversary of McAlmont & Butler’s ‘The Sound Of..’ album. Now getting the deluxe reissue treatment, our man Simon Tucker sees if the album has aged well and how it stands in the lexicon of great releases.

Some albums age well. Some age badly. Some become legendary. So let’s get this straight from the off. THIS is a sensational album that has not only aged extremely well but has become more powerful when listened to twenty years after the event. Now you could just go and listen to the album now or you could read on, the choice is your and frankly I couldn’t care less which one you choose as long as it means you listen to the thing again.

If you’ve never heard this album before then lets give you some background. After leaving influential Britpop originators Suede during the recording of their second album, Dog Man Star, mercurial guitarist Bernard Butler reached out to other musicians to create something that stood out from the laddish culture that was prevalent during the year of 1994. What he didn’t know then was that by teaming up with the heavenly voice of David McAlmont, he would create a work that whilst retaining a core British sensibility would tap into a vein that bled USA touchstones. Music that encompassed soul, blues, gospel and good ol’ rock n roll. The fact that all of this was done without one second of the album sounding like a re-tread of old ideals is a remarkable feat in and of itself.

First impressions last they say, and in the case of this album that saying has never been truer as the first taste we get of this new duo is the outstanding Yes, a song so perfect it is hard to put it into words the feelings you get when listening to it. Over four+ minutes we are sent soaring, on a bed of raw guitars and sweeping strings, with a thunderous drum sound that propels the song along at a rate of knots. A joyous “fuck you” to an ex, Yes is where our narrator breaks the shackles of heartbreak and resentment and blossoms into a confident new. Spector’s Wall of Sound is brought to 90s Britain and boy was it necessary. All of this is fine and dandy, but when you add McAlmont’s androgynous, three octave vocal you are witnessing alchemy. If you are not bursting into a smile and some spontaneous dancing three minutes in when he bursts into the “yeah yeah yeahs” then I feel you may need to see a doctor. Yes is as good as anything that came out of the Motown stable and that’s a fact.

Now, you may worry that when sequencing the album, the duo made an error by placing Yes at the beginning. I mean, how do you follow that? Well, follow it they do and follow it well.

What’s The Excuse This Time? slouches around on a bed of pure Purple-one pop, a sleazy yet romantic song that funks around squashing the myth that pop is just throwaway and not a subversive beast. The Right Thing then throws us into the world of voodoo blues and alt-indie with Mako Sakamoto’s drums (which are pivotal throughout the record) riding a pattern that harks back to our tribal origins and one which reminds of Stephen Morris in his Joy Division days, with the song slowly collapsing in on itself not unlike The Doors’ ode to death The End. It is on The Right Thing that we can first see a connection between this album and another and that album would be Jeff Buckley’s Grace. Grace also played with the idea of song structure and influence and was a record that allowed men to share a sensitivity and a desire for emotions to be revelead not contained.

The quality continues as Although sways and sashays through do-wop whilst Don’t Call It Soul introduces an acoustic guitar as its base and allows McAlmont to gently reveal a lyric that plays like a letter to Marvin Gaye displaying his affection for the great singer but also not afraid to show that he was not wholly supporting the way Gaye led his life.

A quick change of pace sees Disappointment + Interlude gather speed and intensity, riding faster and reminding of the medley section of Abbey Road before we are softly brought to land on an instrumental outro with electronic flourishes. These slight moments where we hear the use of electronics are a revelation on the reissue (remastered by Butler himself) as they let us know this was a modern record that was mixing the past and the future, unashamed to blend the organic with the synthetic.

The Debitor also has a layer of electronics bubbling under the surface but above the waterline stands a raunchy blues rocker that talks of someone’s “alligator shoes” whilst How About You? slows things down to a pleasant crawl as we are immersed in a chilled world of acoustics.

The penultimate, You’ll Lose A Good Thing is pure gospel with organs and keyboards and contains the killer kiss-off “You’ll lose a good thing, if you lose me” and then….

We reach our climax and what a climax it is as the album closes with second single, You Do. This is a pure kitchen sink affair as everything we have experienced before gets thrown in to make a song so epic in scope and feel but one that never loses the quality that an intimate and personal song can achieve. A stunning closer and with the intro to Yes heard as the song fades out, you instantly want to press play again, utilising a trick that Bowie used on The Rise And Fall…and Pink Floyd on Dark Side…

The reissue treats us to a host of extras including two demos (one a four track demo) of Yes, single versions of Don’t Call It Soul and How About You?, live R1 session versions of You Do and Walk On and even a remix of Yes by Butler himself and Nigel Godrich (who engineered the original sessions). All of these are decent enough but it is the original album that is the true star of the show and rightly so.

Nothing at the time sounded like this album and nothing has since (though many have tried). Truly magnificent!

Now if you’ll excuse me I’m off to blast out Yes and have a little dance….

All words by Simon Tucker. More from Simon can be found over at hisAuthor’s Archive.