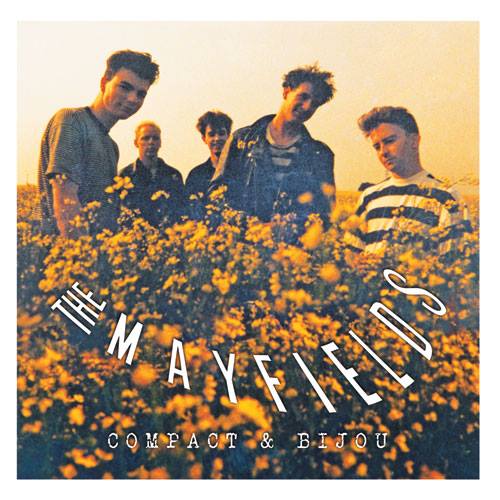 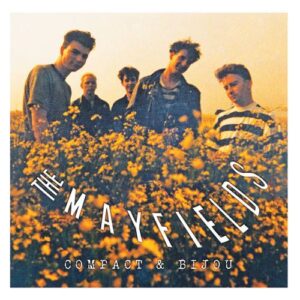 (One release – two reviews in one!  First Ged Babey then Matt Mead on…. the Mayfields)

C86 indie-pop latecomers but the perfect example of the genres appeal.

Scared To Get Happy – the wonderful -if incomplete – story of Indiepop boxed set which I reviewed here  a couple years back,  didn’t include latecomers to the scene, The Mayfields.

A couple of singles, modest acclaim, a small-scale band but typical of the times and the genre.  I saw them live at least once, supporting the Pooh Sticks at the Labour Club in Southampton in 1989. I remember nothing about them I’m sorry to say, despite the fact I was a nodding acquaintance of one of them, Swannie, who in the early 8o’s was a Mod in Salisbury when I worked in Subway Records in the town. Local legend The Gnome formed Ambition Records in Southampton -inspired by Creation and Fierce,  releasing 7 inches by Jane Pow and the Mayfields.  Foolishly distracted by Greebo’s like Crazyhead and the local hardcore scene (Corporate Grave) and Goth survivors (Ghost Dance) I never really listened hard to the jangle-pop of the Mayfields as there was just too much other  music co-existing in times which were a low-budget golden age.

Listening now to this round-up of all of their recorded material… they were a really interesting band with a lot of sly talent and some neat songwriting ability.  They not only bridge the gap between twee-indie shamble of the Pastels and the swagger and groove of baggy indie, they do both with a lot of charm.   Every song is a lost gem  from the C86 in C88/89 time and location that gets forgotten.  Manchester dominated so the Salisbury band folded after gigging on the South Coast, the odd London date and a notable support slot with the La’s  (recounted in the Salisbury Scene book Endless Beat -Voices of the New Sarum Sound ).

My favourite track on this comp is Alcoholic World which is a wise-beyond-its-years song about alcohol dominating peoples lives that concludes ‘there’s got to be a better way ‘ and  ‘do you really want this the rest of your life?’-  it’s a Fools Gold/Loaded/I’m Free style dancefloor filler which is a lost classic -even though or perhaps because, it seems to verge on parody and pastiche.

Deeper Than the Ocean has some great Sunday Morning xylophone and is so cliched and fey as to be thoroughly, eminently a solid-gold indie-pop classic.

A prime example of a band that didn’t get the plaudits their material deserved.  Matt Mead reviews.

Firestation records continue to be one of the most imaginative record labels releasing rare, hard to find and never before released material by bands that should have had a fair crack of the musical whip first time around. This is a prime example.

There is little historical information regarding The Mayfields, but what is known is their existence lasted little more than 2 years, their material exhibiting music that would appeal to C86, The Clouds, early Primal Scream and the Razorcuts fans. The band released a flexi disc and two 7” singles on Ambition and Bus Stop Records, all of which are featured here on the new release plus previously unreleased material.

Opener All You Ever Say kicks off in a Undertones style, with I Don’t Pray and World Of Your Own lending to a jangle, indie dance vibe mixed with strokes of the Pixies etc.. with a Medway influence. The album leans on the sound of the those low fi 80’s recordings, which takes nothing away from the songs here. There are further sounds bites of other bands across the set including early Teenage Fanclub, even Sally Cinnamon period Stone Roses on track I Don’t Think So, making this an essential release for any one accustomed to the eclectic sound of those 80’s sparkling indie guitar bands.

Reviewed by Matt Mead. Further articles by Matt can be found via the Louder Than War author archive pages.