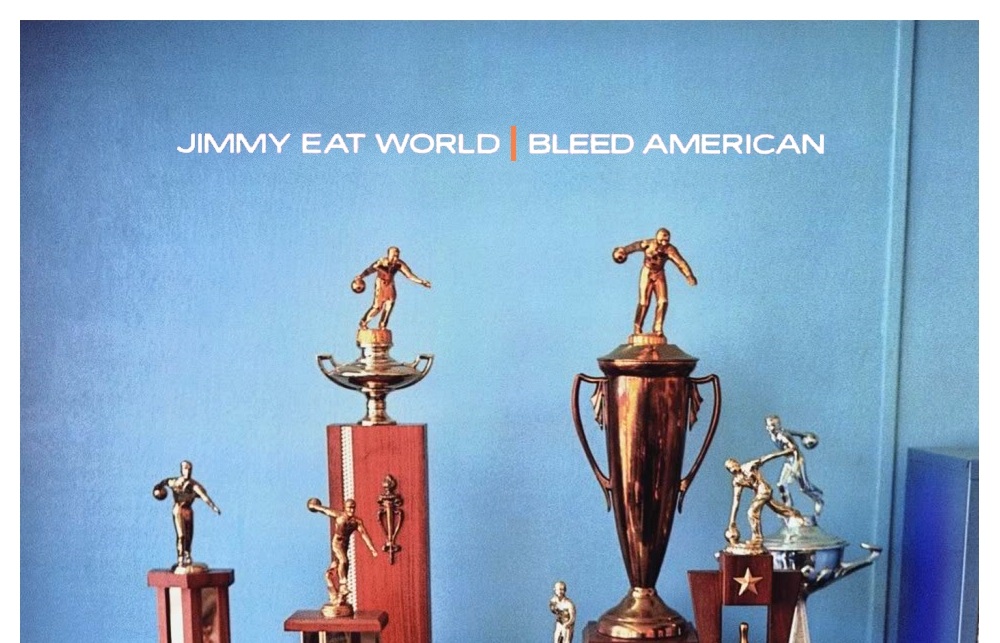 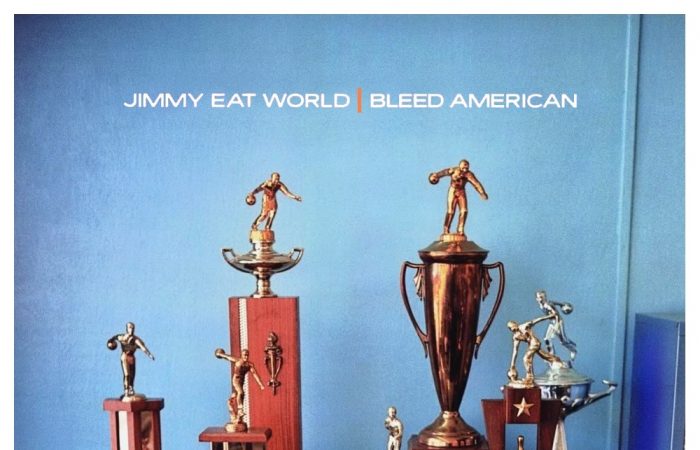 “Are you listening?” shouts Jim Adkins, pretty much at the halfway point of Jimmy Eat World’s stunning fourth album. He sounds edgy, elated and emotionally sapped in one fell swoop, his cathartic yelp being picked up and carried by a bludgeoning guitar line. Fifteen years on, his question continues to be answered with an unreserved “yes.”

Emo. Pop-punk. ‘Young alternative’. Call it whichever throwaway, trite title you wish, but 2001’s Bleed American – subsequently changed to a self-titled record upon the 9/11 attacks, but calling it that title now seems a little disrespectful to the band – is a hallmark of modern rock, a faultless record that may wear its heart on its sleeve, but elevates in its earnestness. Almost all of its songs became radio staples, electing the Mesa four-piece ascension to the throne of alt.rock legends (see? Titles are hard to run away from). It soundtracked a million summers, a lot of growing up and plenty of reflection, its themes so nimble and acute that they continue to resonate with newer audiences.

By 2001, Jimmy Eat World were in a good place. After the straight-ahead rock of 1996’s Static Prevails, erstwhile rhythm guitarist Jim Adkins had taken lead vocal reins from Tom Linton, and a newfound emotional undercurrent was embellished. Their previous record, Clarity, was released in 1999 and had become renowned for its ability to twist unconventional rhythms and riffs into orchestral, classicist crescendos. All of a sudden, ‘JEW’ were at the forefront of a new wave of rock, where feelings were allowed to be articulated.

Clarity‘s clout was going to be hard to follow, but JEW succeeded with aplomb. The opening three songs serve as a striking salvo – ‘Bleed American’ opens with a ragged, restless guitar bend atop of a furious drop D interchange, Adkins spitting: “I’m not alone cos the TV’s on, yeah. I’m not crazy ‘cos I take the right pills”. This florid pace bleeds straight into the chugging, contemplative ‘A Praise Chorus’, a more introspective but no less idiosyncratic slice of youthful wistfulness. “Even at 25, you gotta start sometime,” Adkins advises. Then we get the stone-cold classic single, ‘The Middle’, a hymn to the humdrum, a call-to-arms for the socially inept and awkward, its arms-aloft chorus and frenetic solo becoming the staple for a million house parties.

Even in these seemingly frivolous moments (“so come on, Davey!”), Bleed American‘s message was loud and clear – look at yourself. The songs addressed the harsh realities of growing up, falling in love and picking up the pieces in devastating fashion, not least in the LP’s more sombre moments. ‘Your House’ almost serves as a diary entry, a breezy acoustic motif wafting through as Adkins details a romantic encounter doomed to failure – it’s a shame they’ve never quite done the song justice live. ‘Cautioners’ glides along on a glacial guitar line and a nagging, pulsating bass motif, while the album’s most alarming moment, the epic ‘Hear You Me’ – which was a tribute to a girl who let many bands crash at her’s on tour (“you gave us someplace to go”) who sadly passed away – is still an emotionally draining jaunt through mortality, as Adkins sighs: “may angels lead you in.” It’s one of the album’s most arresting moments.

‘The Authority Song’ and ‘If You Don’t, Don’t’ pick up the rockier, referential thread of the album’s first half, both relentlessly catchy, but concerned, slabs of mid-paced majesty. ‘Sweetness’ gave the band another radio hit, a more pounding, darker beast, but no less thrilling as Adkins laments: “the sweetness will not be concerned with me.” Closer ‘My Sundown’ picks up where ‘Cautioners’ left off, a gentle, hazy song that greets the early morning with bleary eyes, Adkins saying: “I said my goodbyes, this is my sundown” before himself and Rachel Haden – whose backing vocals elevate many-a song here – decree: “you’ll take your time, but no one cares. No one cares.” It ends with a gorgeous, echo-laden guitar coda and Adkins’ gentle hum, both defeated and defiant. He’s been on one hell of an emotional rollercoaster, and the journey has been just as fascinating for the listener.

Since Bleed American, Jimmy Eat World have continued to produce consistent, catchy records, ranging from polished pop (2007’s Chase This Light) to more stripped-back, raw rock (their last record, 2013’s Damage). Whatever the sound, the ethos remains the same – it might be ’emo’ to some, but JEW take their issues and examine and explore them, even if it does “take some time.”