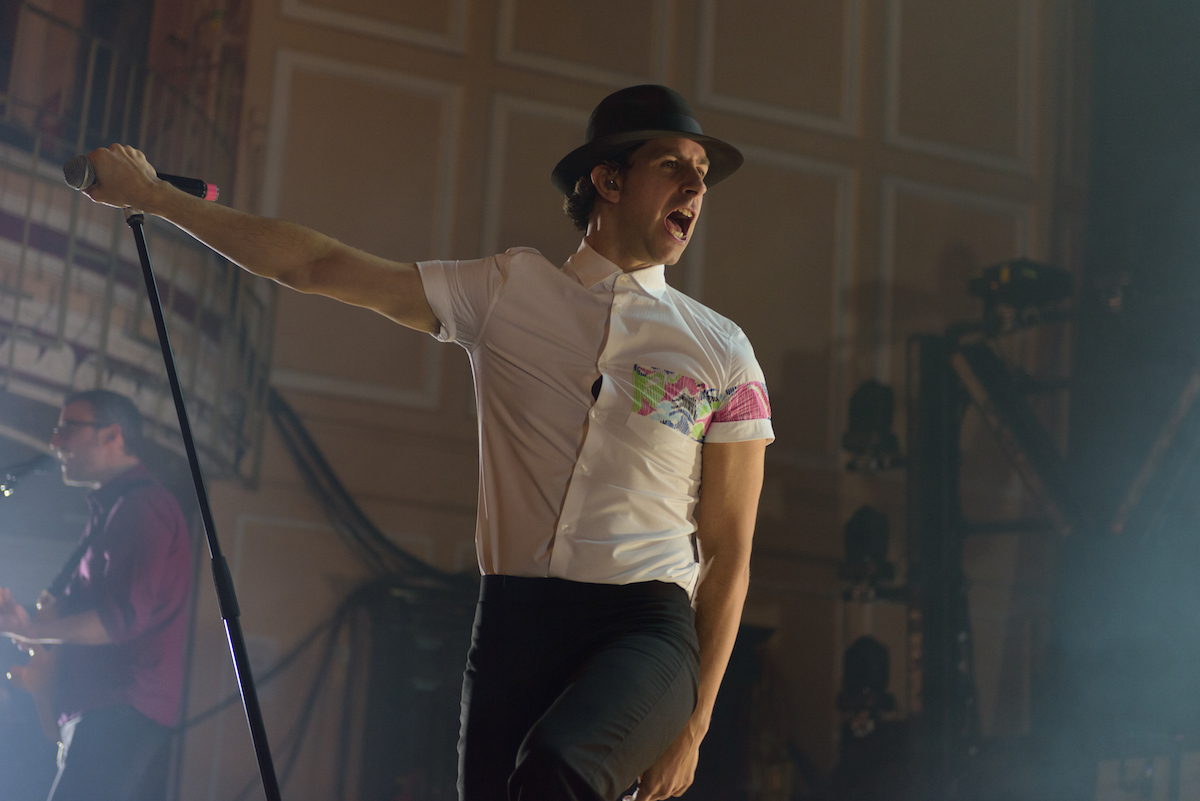 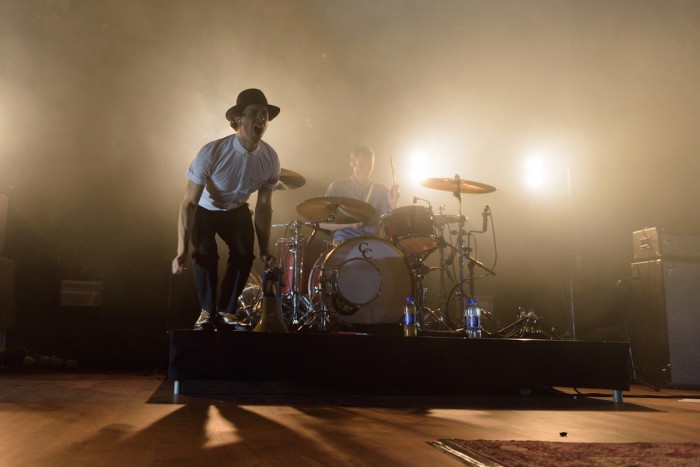 A triumphant return for North East’s favourite musical sons, one of the most energetic performances that we’ll see all year.

A hometown show of sorts, despite none of the members being originally from the city the band was formed and is based in Newcastle. Tonight sees them in one of the city’s most grandiose venues; this legendary place has played host to many of the worlds greatest artists. They’re celebrating the tenth anniversary of their critically acclaimed debut A Certain Trigger, for me an album that influenced one of the most important decisions of my life.

I decided upon my university degree, purely based upon the music scene of Maximo Park coupled with a number of others and it made such a decision very easy. Not that I would advocate anyone making such rash choices, but it seems to have worked out so far. First up though this evening is Brooklyn’s Beverly and instantly this all seated venue seems like the wrong place for the band.

Their jangly surf pop seems somewhat lost in the cavernous, sparsely populated room however there’s no lack of enthusiasm from the band. As singer Drew pours her heart into the ecstatic lyrics, their riff-laden tracks are exciting and upbeat and in any other venue it would almost certainly be a completely different story. 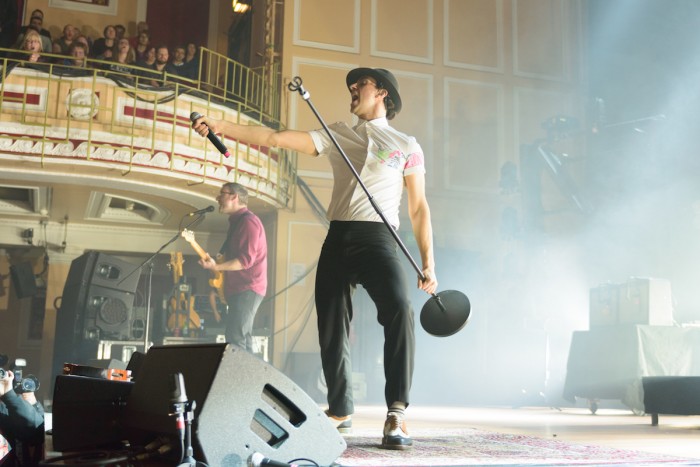 No such issues for Maximo Park though, opening their set with a raft of tracks from across their career but before even taking to the stage the traditional chants of MAXIMO can be heard for miles around. The incendiary Girls Who Play Guitars ignites the venue into a frenzy from the off, the early dedication of The National Health to “Dave, George and Jeremy” made all the more poignant by the day’s decision of strike action.

The deafening noise of the crowd at times even over shadows the band, yet they feed off the crowd’s energy with Paul providing a typically energetic performance. There’s a distinct swagger about the band especially in tracks like Hips & Lips, this funky bass heavy behemoth of a track is an intense highlight. Midnight On The Hill follows in a similar vein and is one of the only laidback tracks in this riotous first half.

Leaving the best though until last though, with a heartfelt and sobering rendition of Books From Boxes the deep lyrics coarse through the venue. Ending the first part on a high, but leaving the crowd somewhat more subdued than they had been. With the crowd left in suspense the band return, powering through the first four incredible tracks of A Certain Trigger without a break. The tracks have not aged in the slightest, and still invoke a raucous reaction from every member of the crowd. 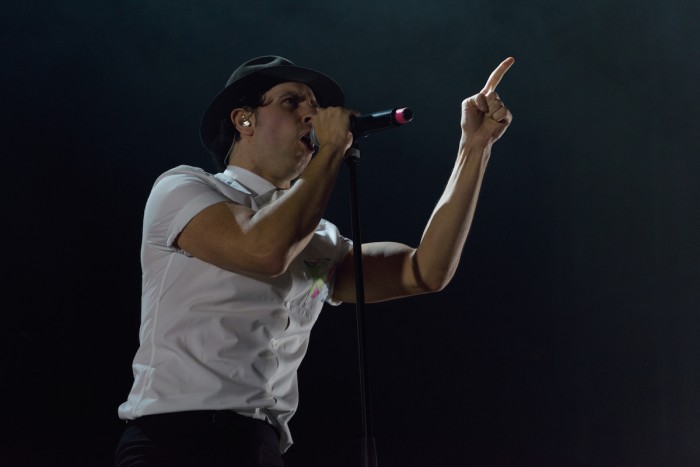 With so many of these tracks seldom heard now, in some cases they’ve added extra firepower with Once, A Glimpse and Postcard Of A Painting sounding better than ever. The former is packed with heaps of intensity and excitement, and whilst there is an urgent undercurrent to the whole set, it is heightened in Once, A Glimpse.

However, with the album being played in full and in order, the last two tracks are by far the most endearing. Acrobat is undoubtedly one of the bands most delicate songs, it’s atmospheric and otherworldly and unlike anything the band has done since. The thumping heart of the track perfectly complements the spoken lyrics, with the lack of blusterous guitars and the expansive synth line taking the lead it’s a beautifully compelling spectacle.

As Kiss You Better rounds off this triumphant set, it’s back to familiar territory with jangly guitars providing the perfect bed for Paul’s trademark drawl. With the crowd erupting into song for one final time, their emphatic chanting playing a huge part to the evenings proceedings. Tonight proved beyond any reasonable doubt that A Certain Trigger still stands out as Maximo Park’s greatest work.

Maximo Park truly brought the party to Newcastle, and despite the seats that for the most part weren’t needed. The crowd shouted and screamed along and at times it was difficult to hear the band over the crowd, yet it was a phenomenal display from one of the North East’s most loved bands.