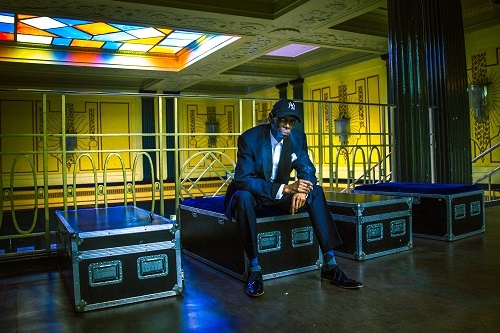 Maxi Jazz & The E-Type Boys are back with their fantastic new single Change Our Destiny, and UK tour dates. Set for release on 10 March, the single is the second taken from last year’s debut studio offering Simple.. Not Easy. The band will be playing a headline show at London’s legendary Jazz Café on the 22 April, following three sell out shows at Ronnie Scott’s last year.

As a member of legendary UK electronica outfit Faithless, Maxi Jazz has toured the globe many times over, sold millions of records, met people he would never have imagined, and even latterly, become an associate director of the Crystal Palace football club, his boyhood team. None of this was enough to fully quench his thirst though. He’d always wanted to have his own band, and to write the songs. It was an itch he had to scratch.

In 2013, on a hiatus from Faithless and with no plan or agenda, Maxi got back into the studio and armed with nothing but a guitar and his notebook began to write. Influenced by everything from Todd Rundgren to Sly Stone, from James Brown to JJ Cale, from Jimi Hendrix to Parliament as well, of course as the ‘Golden Age’ of Reggae, a new sound emerged. The latest offering from that collection, Change Our Destiny is a message of hope in dark times as Maxi explains.

“The song speaks to everyone’s inherent ability to turn adversity into opportunity. To turn hardship into a springboard for growth.”

Maxi Jazz & The E-Type Boys Change Our Destiny is set for release on the 10th March on Man In The Moon Records.