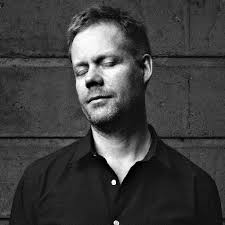 I have to admit that I knew very little of Max Richter’s oeuvre before reviewing this re-mix selection and to be honest, I am glad that I am coming to these remixes with a fresh and open mind. From the outset it appears that Max Richter is open to the fiddling, remixing and presenting of his work in an alternative way.

According to his press release, Max Richter’s pioneering 8 hour work SLEEP work was one of 2015’s big commercial and critical success stories. Within two weeks of the digital release, SLEEP and the one-hour adaptation ‘from SLEEP’ had topped the iTunes Classical charts around the world, making it the best-selling classical album worldwide in 2015. SLEEP reached the #1 spot in 26 countries, whilst ‘from SLEEP’ also hit the pop charts in several countries. SLEEP and  ‘from SLEEP’ made Best Of 2015 lists in Rough Trade, Drowned In Sound, Crack and BBC 6 Music.  Therefore Building on this success, a series of SLEEP remixes will be released as an album digitally on 19th February and on vinyl on 4th March as reviewed here.

The remixes that are presented here are varied and add perfectly to the canvas that has been left behind to sonically daub on. The immediate interest here are the Mogwai and Clark one remixes. They are the acts that historically will deliver the more abrasive take on the tracks and subsequently the more subversive. Both acts do not disappoint. Conversely, the ‘short edits’ available here are far more interesting and accessible that the full remix tracks. To be brutal, there is very little difference between certain lengthy mixes and shortened mixes. The edited re-mixer track gets to the point quicker and by-passes the repetition of the outstanding sublime content of the SLEEP originals. This CD works perfectly well with the ‘short’ edited 7 mixes of the same track submitted by Mogwai, Clark, Digitonal’s Theo In Dreamland and Jürgen Müller. These additions are invaluable to the finished product.

In defense, all of the tracks and mixes offer much in terms of a unique, modern composer that is an obvious influence on contemporary composers such as Clint Mansell and John Murphy.

Max Richter is very much a name to be looking out for in the field of contemporary composers who are able to transcend the field of ‘popular’ music to create another usable product.