Home Music Watch This! Battle and Middle by Matthew Herbert – the first two... 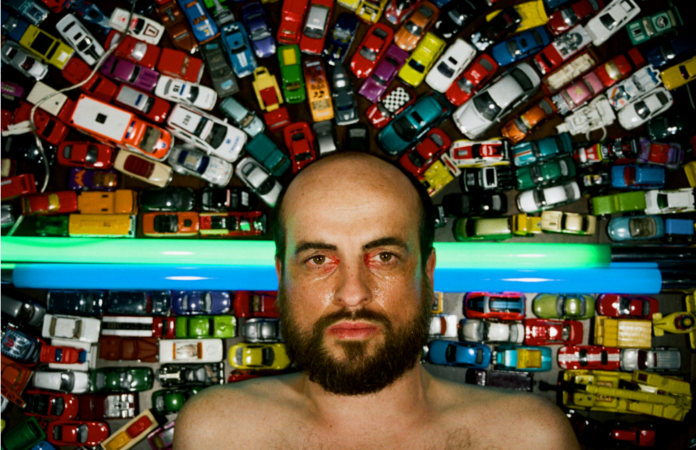 Matthew Herbert will be releasing his first new dance record for nine years on 1st June via Caroline International. It will be titled “The Shakes”  and prior to its officially being “out” each week one track will be officially leaked, accompanied by a short, for our enjoyment. Check out the first two tracks, Battle and Middle, via the embed above, find out more info about the album below.

Directed by Matthew himself, who’s working with fine artist and cinematographer Margaret Salmon for them, each short is a made up of a single shot, filmed in one take and set up as a moving equivalent of a still life. “Middle”, the first track, came out on Monday 16th March and last week it was followed by Battle. Keep your browser pointed to this link and by the 1st June you’ll have heard all the tracks and seen their accompanying shorts.

“Between now and the release date of “The Shakes” we will be curating an ever growing playlist that combined with the timely reveal of visual elements creates a calling card for this career defining album. Of course running in tandem will be a more traditional radio, TV & PR strategy but Matthew’s musical career is defined by experiment so we wanted to complement that with a more engaging launch strategy.”

Further info via the press release:

“The Shakes” is Matthew Herbert’s first album under the name HERBERT since 2006’s dark orchestral disco fantasy ‘Scale’ (K7!). The album deals with intensely personal issues such as raising young children against a backdrop of an increasingly unstable world and, amongst other things, utilizes the sound of used bullets and shells from eBay as part of its soundscape. Herbert himself suggests that the record can be seen as a treatise on how “music helps to motivate, provide respite and divert us from the challenges of the everyday” and that it is “electronic music for the soul.”

In many ways, The Shakes is a sequel to Herbert’s much-lauded Bodily Functions album – a record that regularly features in Best Of The ‘90s’ album lists – and is the latest in a series of albums that stretches back nearly twenty years to his minimalist house classic 100lbs. It follows a vinyl-heavy trio of underground releases last year (part 6,7,8) and is Herbert’s attempt to “seduce the listener back to the dance-floor”. Herbert comments: “When I started writing music, I did it because I could, because there was a chance to, because I liked it. As I get older these reasons become less compelling. At a time when inequality is rising to unprecedented extremes and when the system we have created is designed to destroy rather than nurture, music’s propensity to noodle inconclusively can seem unhelpful at best. Who needs diversion when action is required? However, music can’t only and always be a call to arms, it can also tenderize and engulf when comfort is needed. This album then is an attempt to find a middle ground between those two positions.”

The full track listing for The Shakes runs as follows: