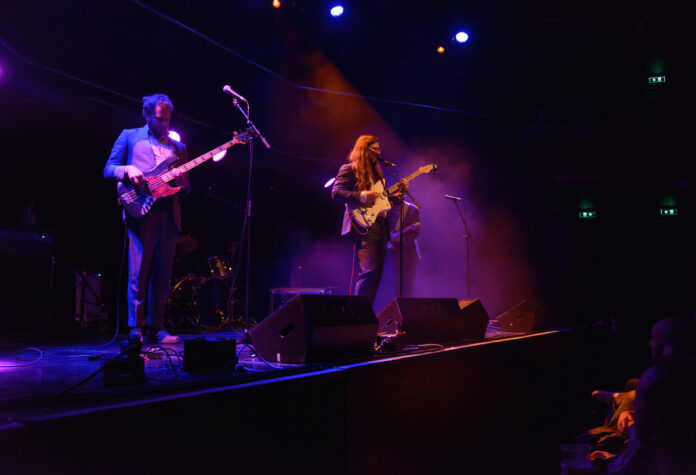 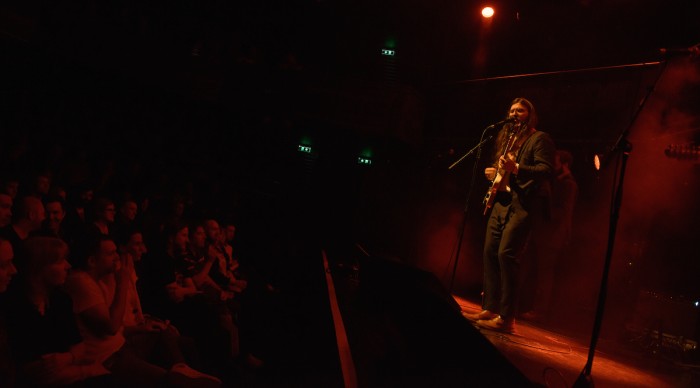 The hugely talented Matthew E White arrives in Gateshead with an incredible new album in Fresh Blood, yet he transforms songs old and new in this beguilingly wonderful evening of music.

Tonight sees Hall Two at Sage Gateshead open its doors to a veritable feast of beautiful music, as this evenings show opens with Lisa O’Neill we take our seats. Lisa taking to the stage alone, her style somewhat erratic yet was intriguing between songs she’s well spoken although her thick Irish accent is sometimes incomprehensible.

When she sings though it could be likened to a well-oiled alcoholic, her style is very unique but despite this uniqueness in this short time it becomes quite endearing. As her set goes on she talks of a half man half fox creature, her thoughts on the Sage and it being like a caterpillar are interesting too.

Her madcap stories and thoughts bring to life some of the songs though, as she talks about having Elvis in her kitchen and feeding him Irish Stew. The subject matter is definitely bizarre yet at the same time it all adds context, the beauty of her guitar playing and the wildness of her vocals are brilliant though and certainly get everybody going. 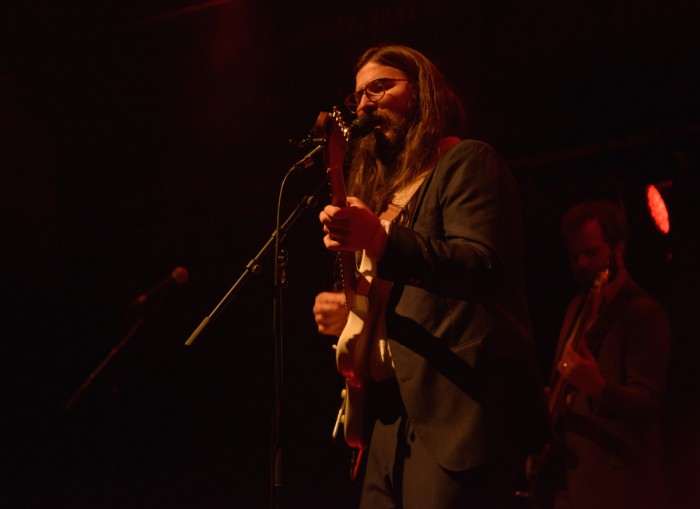 As Matthew E White takes to the stage the vibe changes somewhat, despite tonight being an all seated affair he takes to rocking out. With a new album aptly titled Fresh Blood opener Take Care My Baby sounds a lot bigger than it does on record. There’s a real soulful feel to the track to, Big Inner was an excellent and incredible record yet Fresh Blood really does see White hone his sound.

Big Love makes an early appearance, one of the funkier tracks on Big Inner and one of the standout tracks from that album again it seems to take on a different life in tonight’s live setting. This is a concurrent theme that underpins the set, as these songs come to life they’re taken from a completely different angle. It obviously helps that this band is only a fraction of the band that recorded the album.

Feeling Good is Good Enough is one of the highlights of this evening; its beautiful lyrics fill the air it feels like such an uplifting experience. Again though its a track that in the live setting is brought to life with copious amounts of guitar compared to the record. The other striking thing about tonight is the on stage conversation where most bands tend to recoil and just get on with it now, White and his band are cracking jokes and having a great time themselves.

With White overwhelmed by the attentiveness of tonights crowd, he indulges us in some slower tracks, yet he doesn’t leave out the brilliant Rock & Roll Is Cold. Its another highlight in what has been an incredible set, but in a change to the norm its one in that it is still close to the recorded version. As the set draws to a close the love in the crowd can be truly felt, as the band leave the stage they’re greeted back for the encore by a standing ovation and rightly so.

We’re left completely uplifted by this evenings set though, it was a thing of sheer beauty and a masterclass in beautiful songwriting, whilst delivering songs in such a way that maintains the original beauty whilst adapting them for what’s available.

Matthew E White can be found online here matthewewhite.tumblr.com. He is also on Facebook and tweets as @amattwhitejoint.