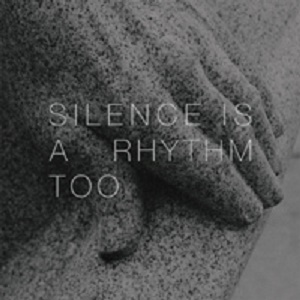 Silence Is a Rhythm Too (Denovali Records)

The latest album from the Edinburgh-based musician and composer offers up a series of compelling soundscapes says Louder Than War’s Paul Margree.

Matthew Collings’ second solo album under his own name is a gorgeous thing, pristine and glacial, sitting somewhere between modern composition, long-form drone and film soundtracks. Its six pieces are beautiful and sparse, crosshatched with shards of glistening strings, piano and brass, their stillness and poise given rushing momentum by hammering rhythms.

The elegance of the arrangements recall the recent crop of the so-called neoclassical lot – Nils Frahm and Hauschka in particular – but Collings replaces the often-cloying lyricism of these artists’ melodies for ice-scoured texture and elegantly rugged beats.

In the release notes accompanying the album, Collings talks about being fascinated by the opposition between silence and noise, and the search for silence in today’s technology-saturated age. It is the reason, perhaps, that Collings has jettisoned all but the tiniest fragments of melody from the record, instead creating a kind of dialectics of noise and silence, building up layers of sound and rhythm, which suddenly drop out into vast empty spaces. Check out the hieratic squall of the album’s title track for an example of Collings’ approach in full awesome effect.

There’s very little of the uneasy song-forms that characterised his Ben Frost-produced debut, Splintered Instruments, yet, for all their abstraction, the pieces on this later record an unmistakeable narrative drive.

It’s as if Collings has carefully pared the melodic elements out of his work, like a butcher boning a leg of lamb, while leaving the shape and structure intact. And it works. Silence Is a Rhythm Too is a real progression from the uneven and crowded soundscapes of Splintered Instruments – rereleased at the same time to accompany this new record – its constituent parts locking together to form an engrossing whole.

Often, it is Collings use of rhythms which anchor the individual pieces and stop them drifting off aimless ambience. The urgent, percussive bedrock of Toms, for example – which sounds like a row of oil drums being beaten with clubs –provides a unifying element for a dissonant zither clangs, whooshes of static and hollow piano-like clunks that appear and disappear as suddenly as summer storms.

Halfway through, the drums halt in one of those sudden, arresting pauses that make this record so interesting, giving way a series of slow horn figures, before Collings slowly brings the rumbling beats back in, this time with syncopated snare crashes.

I Am Made of Endless Hours, in contrast, is an almost microtonal landscape of scrabbles and plucks, out of which a mournful trumpet spirals, a lone dust devil in a parched and broken landscape. It’s all very Spirit of Eden-era Talk Talk until the final minutes where decaying tones cloak the piece in crepuscular unease.