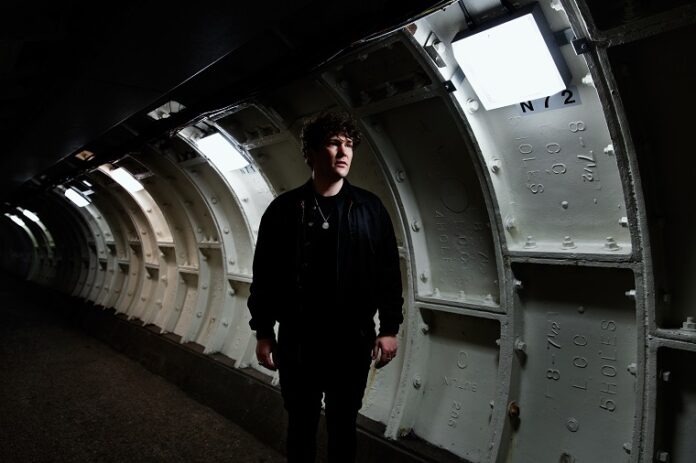 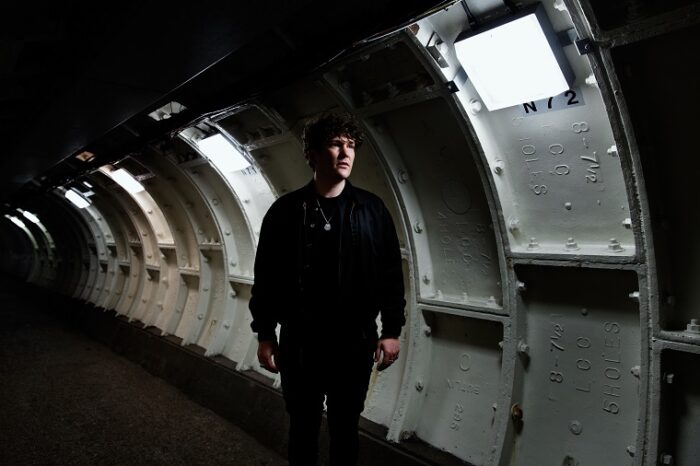 Matthew and Me create alt-pop of a delicate nature, serene and intimate at times with an unnerving ability to enter the titanic and bold. Louder Than War’s Dave Beech asks them some questions.

Based out of Totnes in Devon, Matthew and Me are a five-piece band who, for the last twelve months, have been striving to distance themselves from the material of their earlier releases, capitalising on both improvements in gear and a more thorough musical understanding of each other and the band as a whole, in order to create a sound that’s distinctly theirs.

Drawing influence from the likes of Mogwai and Sigur Ros, there’s an unmistakable appreciation for both the grandiose and the glacial, allowing the two singles we’ve had the pleasure of hearing to be imposing, dizzyingly beautiful and ultimately leave an impression that lasts far longer than the fading notes of their respective conclusions.

Following on from last year’s Patterns, the band’s most recent single release Kitsune, sees the quintet ramping up the atmospherics, creating an exquisite balance of haunting soundscape and rich swells of more traditional instrumentation that serves to whet one’s appetite for what will follow later in the year. With that in mind, we grabbed vocalist Matthew Board to find out what went in to the band’s reinvention and how their recent appearance at this year’s Glastonbury went down.

Louder Than War: Hi Matthew, care to introduce yourself and tell us a little bit about the band?

Matthew: We’re called Matthew and Me from Totnes in Devon. I play guitar, sing and write the songs. Grace plays keys and synth, Andy plays guitar, Lucy plays drums and Sam plays bass. We’ve been making music together for a few years now.

The name’s a little unusual. Does the name refer to the listener(s) or the other band members?

Both really… It’s open to interpretation. A lot of people say that it’s grammatically incorrect and should be ‘Matthew and I’ rather than ‘Matthew and Me’ but it’s a band name…so surely doesn’t matter.

Do you think the use of the ‘me’ pronoun is something that can allow listeners to relate to your music a little more?

I think the ‘me’ is definitely all encompassing, and it can include the listener. It can also include everyone involved with the project beyond myself and beyond the band.

I believe it took a little while for the band to settle on a sound they were happy with. Could you elaborate on that?

Well I think at one time there was quite a significant disparity between what we thought we were creating musically and what we were actually creating. Now we have started making music that we really love and would choose to listen to ourselves, whereas much of the old material feels like it was from a really different time in our lives. I think it’s fine to evolve and develop musically – you have to keep things interesting.

I don’t see anything we’ve done as a waste of time or energy but just part of a learning process. Our two most recent singles ‘Kitsune’ and ‘Patterns’ came about through spending more time focusing on atmospherics / guitar tones. I moved away from predominately writing on acoustic guitar to writing with my electric which opened up a whole new world for me.

What was it about the current sound that struck you as YOUR sound?

I suppose creative ownership of a sound stems from your natural instinct. When something feels right there is no overthinking or arduous discussion, it just happens without the need to talk about it too much or over-complicate it. In the past we have really killed songs by picking them apart over and over again and trying to rejuvenate or reinvent them when actually it’s probably just that we fundamentally didn’t like the song that much.

What helped with finding my sound was when I updated my gear to a Jaguar and Fender Twin Reverb – the combo I’d always wanted. I also rebuilt my pedal board so I’m now experimenting with the Strymon Timeline and Eventide SPACE, not to mention the amazing reverb and tremolo tones that come with the twin. So from my perspective a lot of thought has gone in to guitar tone over the last few months.

Your new single Kitsune, is both ambient and anthemic, what’s the story behind it?

Well the lyric came from a really weird dream I had about being in a tent camping with Lucy, when a fox appeared outside scratching and squealing to be let in. Throughout the dream the fox became less aggressive and more of a protective figure. The dream was so vivid that I had to write it down. I read about foxes in Japanese folklore featured as shape-shifting creatures and spirits. I liked the symbolism of it. ‘Kitsune’ is Japanese for ‘fox’. I also got on to reading ‘The Thought Fox’ by Ted Hughes.

In terms of the sound world we create in that track as I mentioned I’d just got my new jag and I was playing around with bending notes and I loved it. Lucy at that time had started using Ableton a bit so she was playing with syncopated drum loops, and Grace found this crazily big sounding low-end pad on her Nord that just made the Chorus massive.

It’s certainly in keeping with previous single Patterns, in that both are quite far removed, even from last year’s EP. Was this distancing yourself from previous material an intentional move?

Yep, definitely. We had a stark realisation that we were really labouring over old material when we should have been looking forward and creating something new and inspiring. Whilst we are a relatively new band to most people, as players we have been doing this together for quite a number of years in various guises, there’s a history there that was getting a little muddled. So we just wanted to draw a line and start afresh.

You’re currently in the studio with Chris Bond, who’s worked with Ben Howard previously, and there’s definitely a similar streak running through Kitsune. Was this something you’d envisioned prior to working with him?

Not really, I’ve known Chris for quite a few years, we’re both Devon boys and we’re lucky that our paths have crossed again recently. He has his own distinct and original production style, so his contribution to the track really made it for us. He was also involved with producing Patterns so you could say that he is becoming intrinsic to what makes the Matthew and Me sound. We record everything in an old shed at the bottom of my garden. It’s a pretty nice set-up, and we’re not restricted by time.

How has he helped you to craft your idiosyncratic sound? Has he enabled you to distance yourself from those previous releases a little more easily?

It’s all happened quite naturally. It’s luck that he began to get involved at the time we were finding our feet again. He is an absolute pleasure to work with, and has made the process really fluid.

There’s more at play within your work than singer/songwriter influences. There’s traces of Sigur Ros and Mogwai amongst others. Who are some of your biggest influences?

Thank you. I think we’ve definitely taken reference from the epic, cinematic sounds of Sigur Ros and Mogwai. To me their music feels so effortless, soulful and organic. I am listening to Radiohead, Gaz Coombes, Smashing Pumpkins, Death Cab for Cutie, Everything Everything, Warpaint, Wolf Alice, PinkShinyUltraBlast, and the most recent Ben Howard record is a beauty too!

You played this year’s Glastonbury Festival, amongst others, how was that for you? Any stories from the weekend or were you strictly on your best behaviour?

Playing the BBC Introducing stage at Glastonbury was amazing. We were on at lunchtime but had about 200 people in the tent, which was incredible. It is hopefully the first of many Glastonburys to come… I was watching bands on the Park Stage and John Peel Stage, that’s where we want to be in a few years.

Our set was on the Friday luckily, so once it was done we were able to relax and take in the rest of the weekend.

What have you learned from the experience that you can take in to further festival appearances?

Every time we play live we feel we get better. You don’t get time to think with festival slots, you just get chucked on stage and pulled back off again, so it’s good to have lots of experience of doing that. Also that there are so many great bands out there working bloody hard, it’s inspiring to be around those types of people and just pushes us to work harder.

You were the second most shared BBC Introducing act of the weekend, what was your reaction to that? Presumably you’re still a little a while off terrible queen covers and inflated egos?

No, definitely not going to be covering Queen anytime soon! I think it’s nice to feel as though someone somewhere is rooting for you, and Glastonbury was a really pleasant surprise for us. So many people came out of the woodwork to see us play. Essentially it’s one gig though, we have to focus on what comes next. The BBC introducing team have been amazingly supportive so far and now it’s really up to us to build on that and produce the best work we can.

Finally, what can we expect from Matthew and Me as we go in to the latter half of the year?

We have a couple more festivals to do in July and then I will be locking myself away to work on new material. I was lucky enough to spend some time on Rathlin Island this month, so there was a bit of time for writing and reflection, next I’ll be taking those sketches in to our home studio. We’ll have new music out in the autumn.