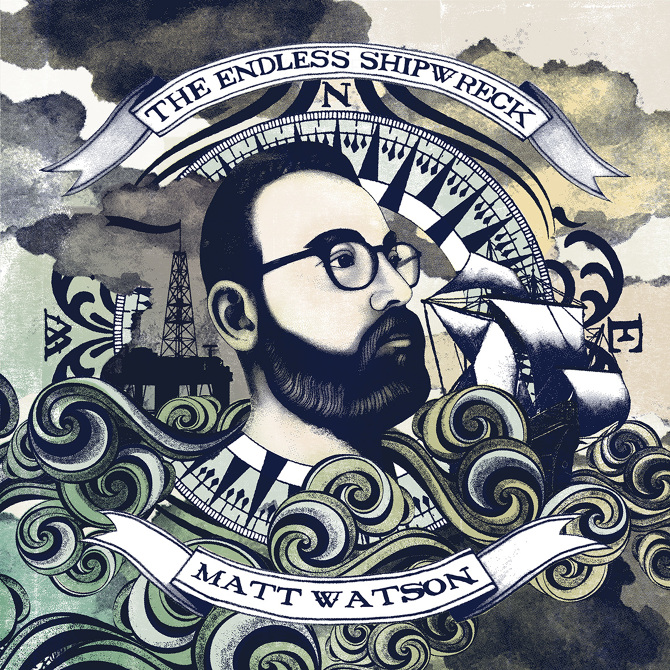 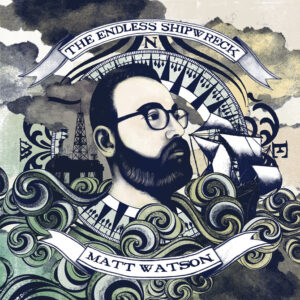 The Endless Shipwreck is Matt’s second album and it isn’t difficult to pick out hints of his influences when it comes to music. Believe me, I thought there was a hint of The Wonder Stuff in some of the songs before I read the Erica Nockalls was the violinist. She is an artist in her own right but also performs with Miles Hunt/ The Wonder Stuff. There are also hints of The Levellers, which isn’t a massive leap from TWS, and in one track, I’m sure there’s a splash of Stereophonics.

If the artwork hasn’t convinced you of the theme to this album, the opening track starting with a shipping forecast and ending with a poem recanting the hope of seafarers setting sail, unsure of their fate. This leads into the title track starting with a gorgeous acoustic guitar and a very sincere vocal – it isn’t hard to believe every word he sings. This is followed by a song with a full band and a beat that has you tapping your foot and itching to get up and dance then an electronic drum kit kicks in and sounds a bit out of place with the rest of the album.

However, this immediately makes way for the song of the album in my opinion. We Were Young has that acoustic guitar again, a beautiful arrangement of violins and a longing for days gone by – please listen to the lyrics and take yourself back to your youth and the time when, as the song proclaims, “Nothing seemed impossible”.

So the album continues with more songs to sing and dance to and a couple of instrumentals that I wish had become 4 minute songs, only so I could enjoy them for a touch longer. It finishes with Let’s Jump Ship, a good old jig that leaves you with a silly grin and the urge to shout and whoop at inappropriate times in the song. A catchy chorus that I’m sure is even better when played to an audience that loves to participate.

All in all, a most enjoyable album that won’t be resigned to a dark corner of the glovebox. This is one you need to play again and again, learn the lyrics and wait for him to be playing somewhere near you. A very creditable 8 out of 10.

All words by the Unarmed Bandit via Paul Scott-Bates. More of Paul’s writing on Louder Than War can be found at his author’s archive. Paul’s website is hiapop Blog and you can follow him on Twitter here, and on Facebook here.