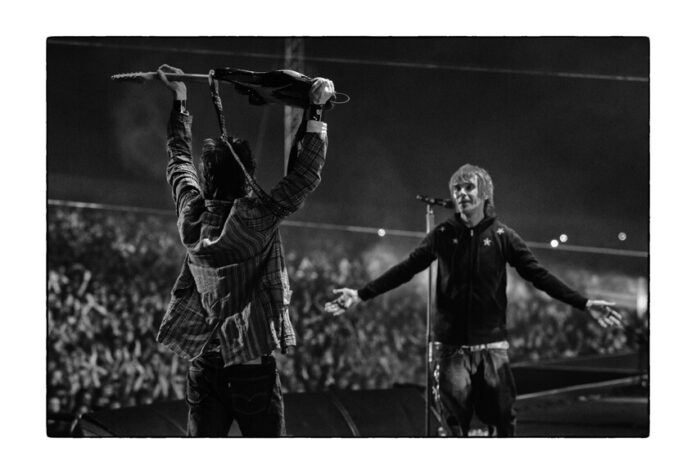 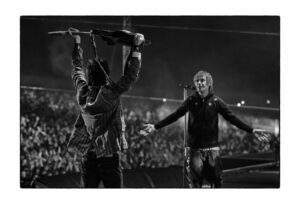 The Stone Roses are one of the most photographed bands of the last 25 years but few people come close to capturing the band as they really are and few get the access to get THE MOMENT.
Matt Squire has just released a series of exclusive shots of the band that you can see on his site and buy as proper prints from the following link.
https://www.mattsquire.co.uk/p953106660
It’s not just John Squire that had the talent in the Squire family- his brother Matt was not only a key part of the Stone Roses tightly knit inner circle he is also a  great photographer.
A couple of decades ago we used to work together on Manchester listing magazine City Life- I was the writer and he was the snapper and we did many jobs together and I thought he was on the the path to the top of the clutch of the current photographers in the city. 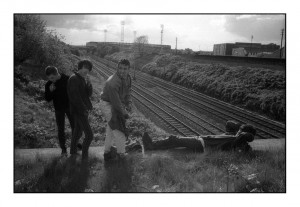 He’s done many great shots in his time but his work with the Roses is stand out- obviously he had the intamacy of being part of the gang and a keen understanding of the inner dynamics of the band but he also has a great command of the power and  the drama of light and darkness- these exclusive shots from the 2012 Heaton Park homecoming are stunning in their drama that captures the triumphant Stone Roses comeback gig- allied to this selction is some key early shots of the band still with Pete Garner in the line up- the contrast  between the two session tells you so much about the Roses and their Robin Hood rise to the top.
Matt  has  just released a series of 30 images and this is the first time most of the photographs have been seen and they can be bought from his website.https://www.mattsquire.co.uk/p953106660