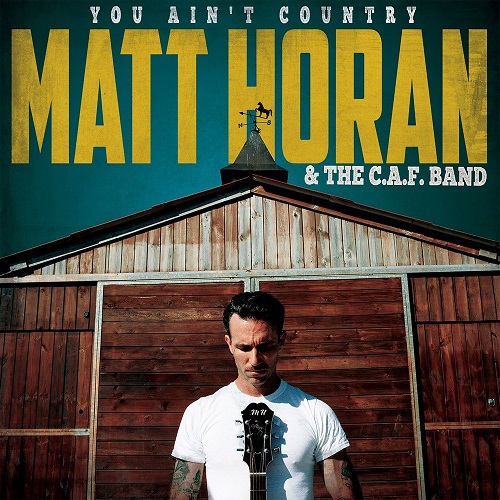 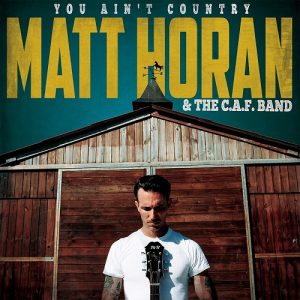 Modern-day outlaw country-folk singer Matt Horan returns to his roots on new album You Ain’t Country. Pure, undiluted and a joy to listen to.

Matt Horan’s journey has been long and winding, from his native Florida, through South America and over to Europe. Along the way, while living in the northeast of Spain, his traditional country music morphed into something altogether darker and more gothic with the band Dead Bronco. But now he’s back once again, a prodigal son returned to his natural home, the same place at which he started his twenty-year career when he sold all his possessions save an acoustic guitar and set off to escape his troubled upbringing. Written during the pandemic, his new album with the C.A.F. band sees him drawing on his past experiences and expressing the struggle of hunkering down in a foreign country, a situation that must have surely tested his wandering spirit. The result, however, is wonderful as he releases an album that deserves to be held up as a potential modern country classic.

He starts up with a slow intro on That’s Evil but, before long, Horan and his band are galloping along, singing of living in a bottomless hole, evil taking control. The struggle with personal demons may be a cliche of the outlaw country singers, but while they exist there seems a no better way to exorcise them than through such great music. He also raises a critical eye to his home on the slinking honky tonk of Going Insane, the spiked line of a country raised on fear striking clear and positioning himself firmly. Traditionally, they’re not the sentiments shared by many country purists and many artists have felt the backlash at speaking out in such a way, but Horan is at the ready on this album with the perfect comeback in the form of the whiplash speed on the album’s title track; a defiant Johnny Cash style middle finger to country pretences, hangers-on and anyone who may attempt to peg him back.

For the album, Horan recruited a bunch of musicians from northern Spain to form a new backing band and it’s clear that, around him, they have gelled perfectly. On songs like Abilene, an ode to the Texan city, Gabi Pérez, who has previously accompanied Spanish rock ‘n’ roll pioneer Miguel Rios, lets his fingers fly across the lap steel to magnificent effect and, when the band sit back to allow him the space to come to the fore, his solo is a piece of wonder that skips from the speakers with innocent abandon as the song comes to a close.

The band drop off the pace on songs like Paid In Blood, providing a respite on what is, for a large part, a canter across the dustbowl. It allows a more mournful side of Horan to come through in his vocal delivery on what seems like a tale of vengeance. Being a record of outlaw country folk, of course, there are stories of excess and relationship tribulations, such as on the infectious Cocaine Carolina, and of family murders followed by police chases, as on Appalachia, both of which are also standout tracks on an already strong album.

In the hands of someone else, the record may not have worked, but Horan seems to not only wear his influences on his sleeve, but his bleeding heart on his chest. The album rises and falls through peaks and troughs, all the time his vocals pulling you into his tales. You Ain’t Country deserves a wide audience across fans of the genre and Horan the success it should bring.