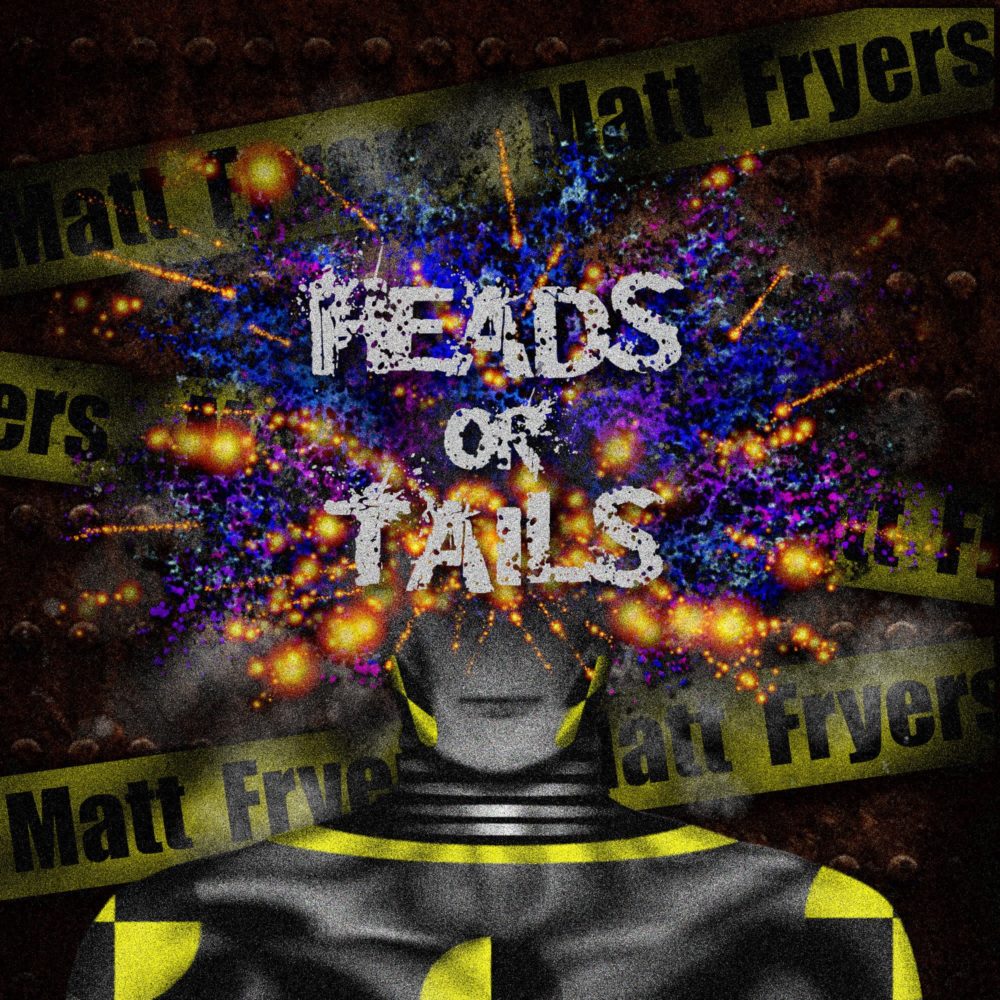 It’s been a while – in fact 18 months or so – since we enthused over Matt Fryers’ Raw Live Sessions EP (reviewed here). His new release shifts the goalposts.

Having browsed that font of all knowledge, YouTube, for some clues and seeing the song being performed in the usual singer/songwriter/troubadour style, the ‘official’ version sees the song presented in an alternative Fryers style. For those of us used to his usual powerful acoustic format, the original version(s) with which you may be familiar, has undergone quite a metamorphosis.  A song that ‘s been “faffed with” is how it’s been described in quarters (very) close to Fryers HQ.

Bookended by some ambient atmospherics, electronic beats and handclaps, Matt walks out to the firing line both lyrically and in offering up such a curveball to those who’re used to his rootsy acoustic settings.  Bizarrely,  I’m even reminded by eighties King Crimson with some of the underlying guitar lines that appear fleetingly under the sparse vibe in the first moments. The thought also occurs that aptly, Heads And Tails might be something that the hoards of Glastonbury might get into the groove with as the guitar finally appears yet throwing in series of funky chops and the washes of vocal that swirl behind the chorus.

Yes indeed, very different and refreshing but why not? Familiar enough is the Fryers vocal howling over the frustration of “running around chasing my own tail”; the latter the hook that after a few plays, becomes the earworm and suddenly the style isn’t quite so incongruous any more. A brave move but you can’t accuse Matt Fryers of not having balls.

In other news, there’s the prospect of new music coming later in 2019 while Matt continues to gig relentlessly around Manchester as the launch date for Head And Tails of  6 July approaches, although the single is available to order from now.

Watch a raw live version of the song  here: