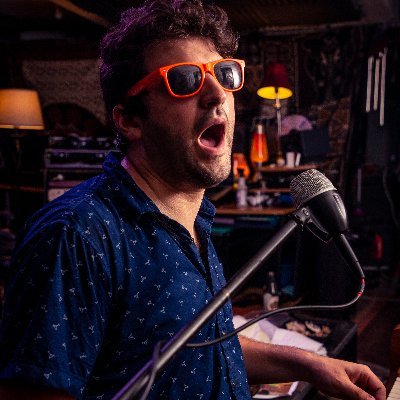 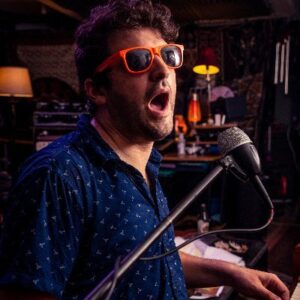 Say there, stay-at-home content creator who is most definitely not being left behind: Are you actually, enjoying this here sunny side of late neoliberalism? “Singer songcyclist” Matt DeMello sure is, and here to soundtrack the ever-present decline is his new single (A Typical) Candidate [For Rampage Violence].

What started out as a post-Newtown status-screed-via-acoustic-guitar in the summer of 2013, lands in your inbox complete with psychedelic fallout in equal doses Magical Mystery piano bopper and full blown mass-murder ballad.

Matt DeMello is a long-time DIY musician based in Peekskill, New York, best known among his vaporwave-adjacent Twitter cult for the orchestra of synthesizers that made his debut album, 2014’s There’s No Place Like Nowhere, a real Soft Bulletin-esque treat, finding a small cult following years later among electronica circles.

A hotbox of nerdy covers (everything from Van Morrison to TV on the Radio) and standards-worthy originals, all with a distinct low-fi edge. Think Nilsson Schmilson meets Bee Thousand, with extra murder ballads to spare.

The new single can be pre-ordered on Bandcamp here.