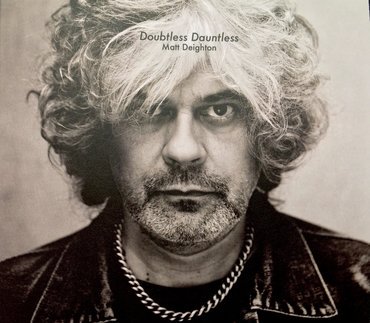 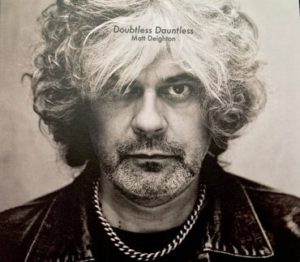 Matt’s music CV reads impressively. Having first burst onto the music scene with Mother Earth, releasing such classics as Jessie and Mr Freedom, Matt went onto perform with the likes of Paul Weller, Oasis plus recently forming supergroup The Family Silver, categorizing him as a multi-talented singer songwriter.

The 10 tracks on Doubtless Dauntless were recorded at the iconic Monnow Valley Studio, Monmouthshire in September 2016, the rural setting for the recording appears to have seeped into the vinyl cracks of the record, proving a perfect backdrop to execute these folk pop compositions. Musicians behind the music include piano master Steve Nieve (Elvis Costello), Gary Carpenter (associate musical director of The Wicket Man, 1973), Ben Trigg and Matt’s ex band mates in The Family Silver, Steve White (The Style Council, Paul Weller) and Damon Minchella (Ocean Colour Scene, Richard Ashcroft).

Album opener No Ones Lost Tribe tenderly entrances the listener with Gary Carpenters lyre playing. Each Time, May You Give It All Away are distinct in their wistful charm, with just the right amount of refinement to keep the alluring interest fresh for the listener. Dreamstate (accompanied by Linda Lewis) is best described as oceanic beauty, floating you away into pipe dreams. The 10 minute instrumental title track exposes Matt’s knack of being an masterful guitar player, while Never Never Be and How Do We Show Our Love build up from slow beginnings to stand as giants within this utterly exquisite collection. Maybe rightfully there’s a song entitled Hymn, the whole album should, in my humble opinion, be a daily ritual for the listener to worship.

Matt has produced a piece of work of rare delicate quality. I haven’t heard anything of such beauty from an artist that hasn’t been lauded by the masses, not since Nick Drake was ‘re-discovered’ has an album needed similar affection and popular opinion. So a personal plea. If there is any album that I have written about in recent times that you haven’t listened, don’t let this one pass you by!

Matt Deighton can be followed via his Twitter page.