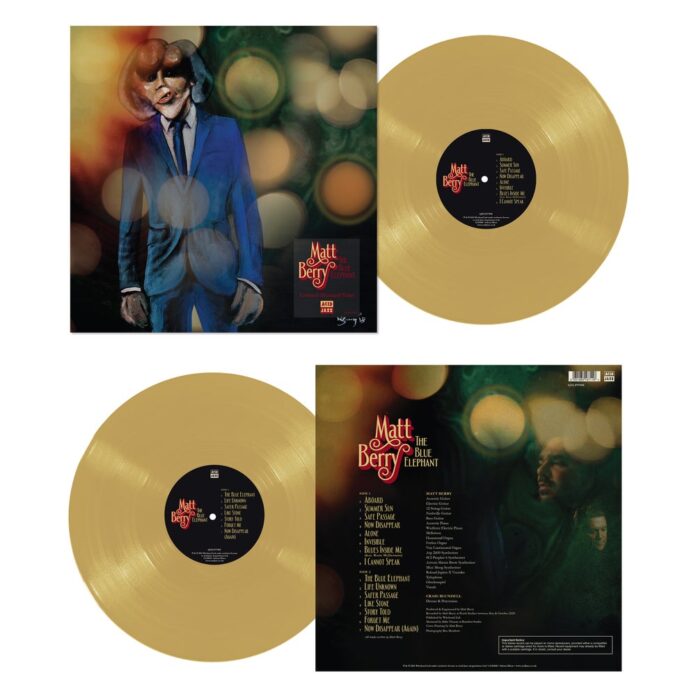 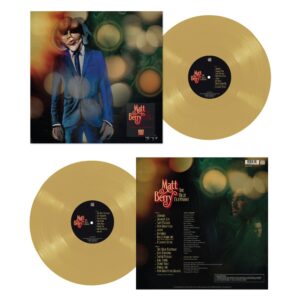 Matt Berry returns with his best album yet, a psychedelic masterpiece that takes you on a trip back to the sixties, clocking in his playing of 19 different instruments, accompanied by Craig Blundell’s amazing drumming. Wayne AF Carey chills out and lets the tunes engulf his tiny brain…

Seven albums in and ten years with Acid Jazz, Matt Berry has come up with a piece of work that stands out from the normal. A whirlwind of nostalgic history from the award winning comedian who brought tears to my eyes with his performances in The Mighty Boosh, The IT Crowd, Toast Of London and more recently What We Do In The Shadows. A funny as fuck bastard that can even make bland adverts sound cool with that unique voice. Standing aside from this he’s an excellent musician. Check out his last album Phantom Birds and his (almost) debut Witchazel. He’s serious about his art and still manages to take the piss in his lyrics.

Like Michael Kiwanuka’s last album, this needs to be listened to as a whole. It’s a psych concept album full of ideas. Aboard drags you in smoothly with a deep bassline that oozes into the clever drum patterns from Blundell. It then melds into the sun drenched psychedelia of the excellent Summer Sun that takes you right back to The Byrds at their height. A wonderful piece of music that hits you instantly. I can’t get the fucker out of my head said the sweary Kylie Minogue on acid… The drumming is amazing and it melts throughout with pure pysch, especially when the Ray Manzarek style organs slide in. A pop song on drugs if you’ve ever heard one. Safe Passage plinks in with pianos and some soothing guitar licks that refresh throughout.

Now Disappear is excellent. “It’s a drag to be set on fire” “Just been sacked from the choir” The comedy side slipping out a little here. He even name checks his home of Bedfordshire. This is pure sixties stuff, melodic, amazing drums and a scatter of instruments all melding into a class bit of songwriting. Alone is a slight nod to Riders On The Storm, a mellow affair that sounds like it’s smoked a spliff or two. Chilled out stuff that calms the mood. Invisible is downright spooky when it starts, with the vocal effects haunting you until it goes all funky drummer on your arse with shitloads of mental effects that seep through your skull. Blues Inside Me is a surprising glam number that features guest vocals by Rosie McDermott which accompany Matt’s dulcet tones. It just all clicks together as a whole and there’s some mental free styling towards the end of side one with I Cannot Speak. The vision is startling.

The Blue Elephant floats around the ears and has hints of Teardrop Explodes if they were on acid in the sixties. An array of musical armour yet again with a drumming lesson that resonates then melds into Life Unknown like it’s easy as fuck. A proper mellow tune with some excellent drum skills and echoing effects that sounds like what you see looking into a kaleidoscope. If you know what I’m saying… Safer Passage is like an interlude of Safe Passage from side one, where Berry gets his freak on before the intro to Like Stone, a killer of a sixties number with great structure throughout. It just sounds classic with some great guitars and Dylan-esque vocals with excellent production.

Story Told floats in after some weird grieving elephant sound effects and dripping taps unfold into some smooth as fuck drumming, keyboards and warped vocals backed with dramatic film soundtrack vibes. Forget Me has that funky drummer feel again and Berry’s vocals and lyrics are distorted and spin backwards and I swear I hear the lyrics “I have the balls that drop below” in there. I’ll have to spin the vinyl backwards later and hope I don’t get possessed by a fictional character from the Arctic Tundra. Fade out track Now Disappear (Again) reprises the track from side one with that catchy guitar riff toned down and chilled out with a hazed, smoke filled ending.

Possibly his best album to date, a big departure from the well received Phantom Birds and a great journey into the psychedelic sixties recreated by a genuine polymath. Another album of the year for me…