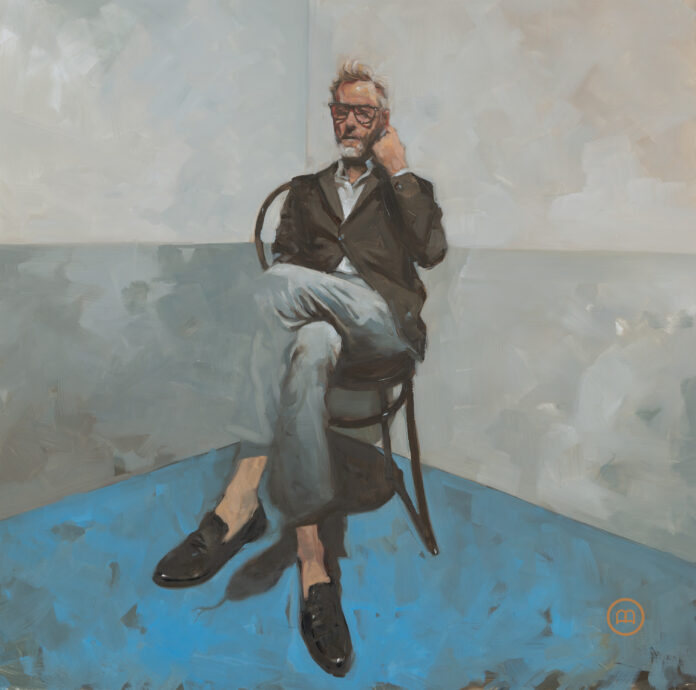 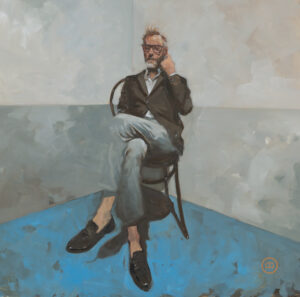 Matt Berninger, frontman of The National, releases a magnificently melancholy first solo album with a cast of guest musicians, recorded in lockdown and produced by the legendary Booker T. Jones. 9/10.

Fans of The National, of whom there are many (me included), tend to divide into two groups: those who love their louder and punkier numbers (Abel, Mr November, Squalor Victoria) and those (me included) who prefer their default setting of mid-paced melancholia (most of the rest of their repertoire).

Front man Matt Berninger’s debut solo album, Serpentine Prison, is firmly in the second category. To call it mid-paced might be to oversell it. Songs start gently and burn slowly, before opening up into widescreen cinemascapes of sound, drenched in that middle-aged melancholia.

Recorded in two weeks in Venice Beach – Ohio-born Berninger’s home now following 20 years in Brooklyn – it features a wide range of collaborators, as did The National’s last album, I Am Easy To Find, where they used guest singers for the first time. They range from his own bandmate Scott Devendorf of The National to Walter Martin and Matt Barrick of The Walkmen (Berninger’s self-professed favourite band), David Bowie’s bassist Gail Ann Dorsey, Phoebe Bridgers’ guitarist Harrison Whitford, his EL VY collaborator Brent Knopf, violinist Andrew Bird and Mickey Raphael, the veteran harmonica player from Willy Nelson’s covers album which inspired this recording.

Its signature sound, however, is the familiar Hammond B3 organ of Booker T. Jones, the Memphis-based musical legend who also produced the album (just as he did with that Willy Nelson album, Stardust). In fact, Berninger had originally approached Jones to produce a covers album for him but when he heard demos of some original songs he persuaded him to record those instead.

The album’s title track was written way back in December 2018, only a week after recording I Am Easy To Find,  following a period in which Berninger had been writing songs for movies and musicals – and was seeking a return to more personal song writing. In interviews he has described his life in California, where he lives near the beach with his wife Carin Besser (a former editor at the New Yorker) and their young daughter, indulging a passion for red wine and weed, as involving a great deal of bicycle-riding around the city’s neighbourhoods, making constant voice notes on his phone.

The title track came to him when he stumbled upon a sewer pipe that drains into the ocean near LAX, with a cage that keeps people from climbing out to sea. It serves as an apt metaphor for the suffocating anxiety that suffuses so many of his songs – anxieties about being a good father, being a good husband, being a good son to his father, about growing older; and inevitably – although it was recorded pre-pandemic – anxiety about the world we live in today with its plethora of problems.

Cheery stuff it isn’t, but National fans wouldn’t expect a set of upbeat bangers. Even so, Serpentine Prison finds him in a dark place. He is “Sinking through the floor” on Distant Axis; he has “Never been so burned out” on Take Me Out Of Town; he “Don’t see no brightness” in the ambiguously titled Oh Dearie; “It’s all for nothing,” he concludes sadly on All For Nothing.

“Swear to god / I’ve never been so burned out / Gonna lose it any minute,” he confesses on take Me Out Of Town, sounding like a man on the brink of a breakdown. Trombones, trumpets and the lonesome wail of a lap steel add to the maudlin mood as he confesses: “Yes I know everyone’s in this alone.”  He’s sinking even lower in Oh Dearie: “I am near the bottom / Name the blues, i got ‘em / I don’t see no brightness / I’m kinda starting to like this” before taking his despair to its logical conclusion: “Bootstraps are in the basement / Guess i’ll use my laces.”

In an explanatory statement accompanying the album, Berninger relates a story about fighting with his father on Christmas Eve (the day before his father’s birthday), after his parents sold his childhood home some years earlier and the new owners turned his bedroom into a gun room, “This album is not about him,” he says, “but it is for him.”

As ever, his lyrics exhibit an oblique abstraction while being wildly, exotically, memorable – and equally wildly, exotically hard to interpret. On the opening song, My Eyes Are T-Shirts – a typically cryptic Berninger title – he sings in that deep, booming baritone that wraps you in a warm embrace: “My tongue’s a bible in a drawer of a desk / You walk in the room like a blade in a cutter.” It sounds like an accusation, but soon he is opening his heart while revealing, once again, his anxiety: “I hear your voice and my heart falls together / Please come back baby, make me feel better.”

Loved So Little begins with another confession with an ominous undertone: “With your pulled-on hair and your punched-up lips and your city-mouse voice / I should have known that we’d get into this if I didn’t watch the signals”. Trumpets fill the space and violinist Andrew Bird drenches it in a luscious embrace of strings as Berninger concludes sadly: “It’s so hard to be loved so little.”

The album’s best song, One More Second (video below), may allude to that fight with his father, or may be about his relationship with his wife; or may be about something more existential altogether. “The last time we were together / Lately it feels like forever / And the way we talked last night / It felt like a different kind of fight” he sings, the music’s gentle flow embellished with wonderful Hammond organ runs by Booker T, and a chorus that pleads: “Give me one more year to get back on track / Give me one more life to win you back”

Silver Springs finds Berninger back in a dark place, duetting once again with Gail Ann Dorsey: “Everyone knows where to hang but they never show you the ropes / You’ll get hit by a car, shot by a cousin or slip off a boat” – the eeriness emphasised by the wail of Mickey Rapheael’s harmonica and a muted trumpet.

It’s powerful, intimate stuff, and it feels like a man unburdening his soul in a therapy session, which is what all great music is if you delve deeply enough inside. It’s also the sound of serious musicians playing together at their empathic best, brought together by a man, in producer Booker T, who knows exactly how to bring the best out of musicians after more than 60 years of doing exactly that.