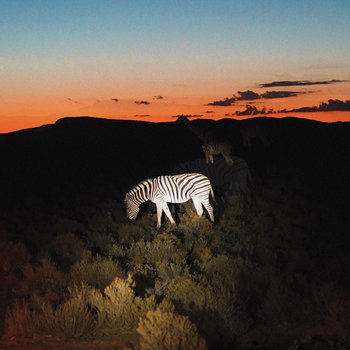 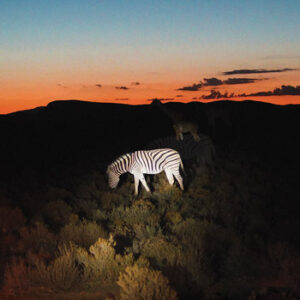 The ‘Long Story Short’ LP from Mateusz Franczak is a tale of instrumental immersion it’s worth getting into. Louder Than War’s Emily Oldfield reviews

These are tracks to listen to when you want to be completely surrounded by sound – it almost has a physical presence, with each single-word song title ending in ‘ing’. From ‘ Lazing’ to ‘Crawling’, it emphasizes that each piece of music is an active experience, pulling the listener through different instruments, rhythms and emotions: improvisational music at its best.

‘Recorded in many different locations, but keeps direction’

This is sound which spreads over distance (recorded in many different locations in Poland between April 2014 and June 2015) and pulls on a range of influences – with Franczak signed up to the label Too Many Fireworks which has connections in both Glasgow, as well as his native Poland.

It seems that Franczak draws together his understanding as a cultural studies graduate and extensive interdisciplinary arts involvement, to turn everyday human sounds into something special. The LP reminds me of Brian Eno’s ‘Music For Airports’ for this reason; as well as the shared quality of often ambient instrumentals used to enhance our appreciation of the world around us. Thanks to mixing from The Norman Conquest, a recording engineer and producer specialising in esoteric music: you can be sure of impressive sound.

Tune into the melodies of these everyday motions

‘Lazing’ is the opening track and seems to capture the sensations of waking from the hot shroud of sleep, listening to the rain on windows. It reminds me of the intensity of the early tracks of Bowie’s ‘Low’, acquainting us with the experience of instrumental sound. Falling torrents, fumbling traffic continues – and Franczak makes it part of the music, allowing us to tune into the melodies of these everyday motions. A range of carefully plucked guitar notes over the top pulls the listener into a soundscape of a new day and its potential: getting us intimately involved in the ‘Long Story Short’, from the start.

The layers of electronica, synths and guitar are testament to instrumental skill, but also the ability to play with emotions. Even just in the opening track, the listeners curiosity at the combinations of sounds is swept into a celebratory, bassoon-like electric burst towards the end of the track. We begin ‘Lazing’ sleepily, and yet go out on a high – just one experience this LP offers.

The physical experiences of music

After all, Franczak seems to be an artist concerned with the physical experiences of music and the sensations it promotes. He’s enjoyed creating sounds across the world, and although he’s permanently associated with HOW HOW and Daktari, his sound does not pin him down, but promotes ever-new connections. For example, he has played at an impressive number of festivals including JazzFest Berlin and the Festival of Artistic Visual Installations, as well as collaborations with a number of musicians.

Although the ‘collaborative’ aspect may be less profound in Long Story Short and there is a more ambient feel to this album, it is also experiential – inviting the audience through a range of moods and meetings.

This is an LP which repackages the sounds of our everyday, and makes them other-worldly, it tells us: you can escape into the noise of normality, you’ve just got to listen, listen to the different levels of sound. I like this very much. ‘Wailing’, more negative in title, also reflects this in mood – with grungy guitar. It’s not just a collection of instrumentals either, as ‘Crying’ brings some beautiful female vocals as well as echoing male tones reflecting on ‘when I cry’ – again showing the many different sides of human sound.

It also seems that Franczak uses the guitar in this LP as a key emotive tool, using the strings and finger-picking to pull at individual emotions, than opting for blocky chords. This is particularly powerful in ‘Moving’ which features a whole minute of minimalist yet mesmerising guitar – the kind of sound which continues long after the crowds have left, the voice which reminds us music is still there.

As the tracks go on, the notes sound slightly more frayed, adding a thickness which builds throughout – as if the course of EP is reflective of the accumulation of human emotion and experience over the period of a day. Ideal music for ‘getting back in touch’ with things then? Some may say that Franczak’s choice of male vocals, as in ‘Moving’ are a little too oblique and echoey for this– detracting from the intimacy of lyrics. Yet I believe this adds to the intense layering integral to the LP, reminding me a little also of Jean Michel Jarre’s masterpiece Oxygene. Another aura of mystery to feel and explore.

The partaking is a personal process

The mystery of ‘A long Story Short’ after all begins in its enigmatic title and seems to invite us into a soundscape which lets us listen to what we want. If you tire of repetitive-sounding sounding tracks or feel limited when sounds seemed shoved into genres, this may be the kind of music for you. Focus in on a particular layer of instrument, or hear the piece as a whole: the partaking is a personal process – and an intelligent outcome of this LP.

In a society where so much musical output is usually defined by group aspects such as ‘genre’ and ‘type of listener’ – Franczak’s music is distinct – rather than categorisation, it encourages multiple levels of individual consideration.

We feel like a worthy listener, and this is rewarding. For example, the track ‘Laughing’ could be interpreted a variety of ways: are the notes at the beginning almost imitating a glockenspiel? Does it enter into vocals or guitar? Is it a celebration of positive or negative laughter? The answer could be either but the outcome is inclusive: this is music which evokes your thoughts and feelings.

Finishing off with ‘Floating’: distinct guitar notes, musing male vocals and intense echo, all fall together like footsteps – proving that we can go forward and make personal progress through sound. By listening out to the sounds in our lives, we can hear hardships, but also beautiful music: and this is the message ‘The Long Story Short’ left with me. Intense.

For more information on Mateusz Franczak you can visit his SoundCloud and also visit the Too Many Fireworks Records website.