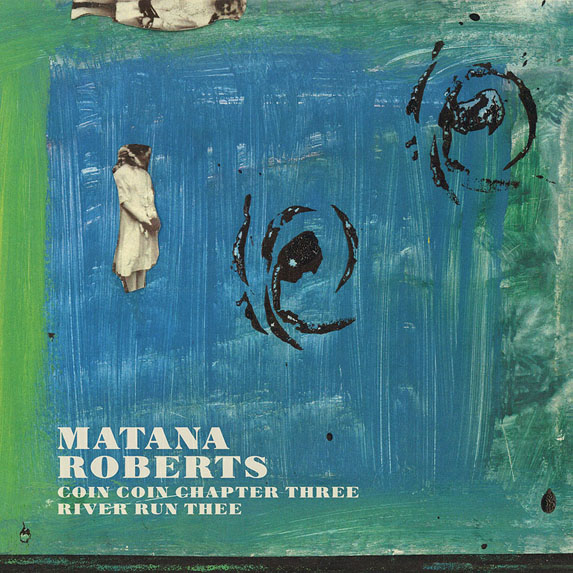 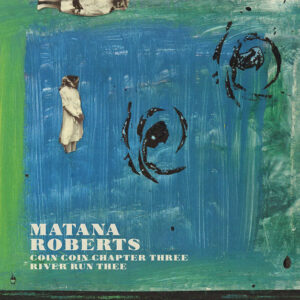 A quarter of the way through Coin Coin, her 12-album sequence inspired by the intricacies of her own family history and  the wider African-American historical experience, and things are getting weird.

In River Run Thee there’s none of the freewheeling large ensemble work of 2011’s Gens de couleur libres, the first record whose turbulent outpourings – free jazz blasts of fury crossed with titanic post-rock surges – announced itself with such fierce joy and drama.

Nor are there the deep spiritual jazz grooves and quick-fire poetry of its sequel, Mississippi Moonchile, a smaller scale but no less affecting work, created with a New York-based sextet, its sonic architecture defined by the stunning operatic vocal interventions of tenor Jeremiah Abiah.

Instead, this third instalment sees Roberts going solo. She has said there are two solo chapters in the sequence, with the remaining 10 for groups, and accordingly she constructs a highly personal, tightly woven blanket of fuzzy sonic  mulch, layering heavily processed drones, electronic blurts and field recordings from a trip to the deep south on top of the more familiar alto sax cries and vocal fragments.

River Run Thee is an unsettling, disorientating record, its scuzzed surfaces and harrowing depths at times discordant, at others oppressive. But although less explicitly referencing  jazz aesthetics than the previous chapters it is, nevertheless, a breathtaking achievement, its stories and sounds deeply woven so tightly into the fabric that it’s impossible almost to pick out a single thread without the whole lot unravelling.

Roberts calls her technique ‘panoramic sound quilting’ and, on this record, the technique really seems to have come into its own – more so even than in the first two chapters, which seem closer to collage in the ways that individual elements of narrative or music can be isolated without disrupting the whole flow.

Here, individual songs are merely part of a longer overall meditation. Tracks like the immense ten-minute hymnal All Is Written, which opens the album, or the shorter Dreamer of Dreams match questing saxophones licks against around overlapping vocal lines that mix songs of full of yearning and pathos with spoken word texts and wordless improvisations. Underneath everything are the drones, impossibly stretched chords that stop the relentless forward motion of instrumentation, suspending it as if in a bubble outside of historical time.

Elsewhere, the electronics are more hostile, drilling into the melodic framework as if to prevent things getting too pretty. In Nema Nema Nema, a machine-like whirr cuts across Roberts’ delicate strands of vocal, like a military helicopter storming a church, while on This Land Is Yours a looping, juddering fuzz seems intent on knocking the piece off its delicately balanced axis.

Set against this, Roberts’ horn – bucking like a like a horse trying to throw its rider – seems less to evoke a free jazz fire music urging African Americans to burst out of their post-colonial chains, but a keening lament.

At times, the melancholy suffusing River Run Thee is almost unbearable, the pain and sadness  wracking Roberts’ voice only emphasised by the thick strata of static surrounding it. The intertwining calls and folkloric melodies of As Years Roll By, or the snatches of G.L. Sullivan’s 19th century memoir Dhow Chasing In Zanzibar Waters in Come Away are like armies of ghosts massed behind the walls of sleep, ready to burst through into our waking world and hold us to account.

These are blues, not the artfully remastered, overfamiliar and historically distant 12-bar strums that chunter away in the background as we collect our single estate artisan espressos before a hard day writing piffle at the laptop screen, but stories of pain and horror whose voices have all too often been denied or obscured or derided.

History, then, but not so ancient as to be irrelevant, as last year’s events in Ferguson, Missouri and elsewhere in the US proved (and if any readers from the UK are feeling smug about that you might want to Google ‘Chelsea fans on Paris metro’ to see what racism looks like closer to home). Roberts organised a memorial concert for Michael Brown, whose shooting by a white policeman sparked unrest and outrage across the US, and her work too should be considered as a reflection on how those old wounds are never far from being reopened in our supposedly post-racial times.

Perhaps this is why River Run Thee seems full of sadness. In delving back into personal and cultural memory, Roberts seems able to flash forward to our present times and highlight our ongoing inability inability to deal with legacy of slavery and colonialism. Tragedy replayed as a rotten, corrupt farce.

In recent interviews, Roberts claims the next chapters of Coin Coin are already written, if not yet recorded. These next records promise a return to the ensemble work from which River Run Thee was a pause. What these works will contain is still a wonderful mystery – will there be joy to leaven the despair? Will that free jazz fire and chaos, that old sound of freedom, be rekindled?

In the meantime, there are the swirling depths of River Run Free to get to grips with. And, the more I listen to it, I’m convinced there is hope woven into the warp and weft of its glimmering threads. The very act of calling up these revenants seems to me the antithesis of despair, a sign that (as the writer and critic Mark Fisher says of Skip MacDonald’s dub-blues with his Little Axe group) “the dead will not be silenced.”

River Run Thee is thus a colossal, magisterial act of remembering and commemoration – but one that hits like a fucking piledriver. Sonically compelling and emotionally wrenching, you could spend a year listening to River Run Thee and not be done with it. An awe inspiring and essential work.