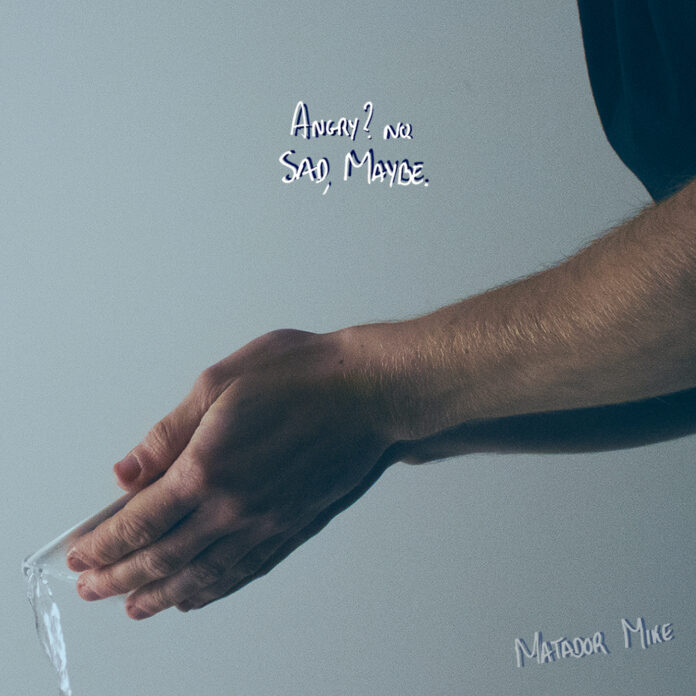 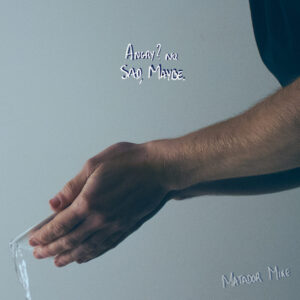 Matador Mike, aka one-man-band Daniel Reith, has made the perfect album for our lockdown times. He just didn’t know it at the time. Tim Cooper acclaims the bold new talent behind a lo-fi masterpiece.

With a crackle and a hiss, over a lazily strummed guitar, a voice on the edge of cracking plaintively articulates the way many of us are feeling during these desperate days of isolation. “I’ve been thinking a lot quite recently / About my mum and my dad and my family / How the space and the time between us keeps growing / But we’re just as strong if not stronger.”

Daniel Reith didn’t write and record this album in lockdown, and the pandemic had yet to hit us, but he might as well have done: the 23-year-old played all the instruments, recording and mixing them in the tiny bedroom of his London flat.

There’s an aching loneliness in these songs, written after he left his family behind in Barcelona, where he had lived from the age of seven until 2017 (and where they still reside). Perhaps that’s why it’s such a perfect encapsulation of our times with its overwhelming sense of melancholy, mirroring our plight as we are separated from our loved ones, struggling to reconcile our competing feelings of loneliness and the desire to escape back into the world outside.

Written and recorded over the three-year period since he returned to his birthplace, Reith’s record is filled with confusion, as the title suggests: it’s the sound of a young man striking out for independence, forging his own path in life – and a music career – while missing friends and family far away. And now this: the pandemic has made all of us share those feelings – and makes this startlingly intimate record hit home with added poignancy.

Matador Mike has an energy and intensity that belie his bedroom recording facilities. His musical touchstones lie somewhere between the Arctic Monkeys, both in the crunchy guitar-based faster numbers, and in his languid, almost conversational vocal and lyrical style that somehow encapsulates both early-era and late-period Alex Turner (while missing out the middle period entirely). In its quieter moments, it exhibits an experimental languor that reminds me of Sparklehorse and Happyness (neither of whom he has heard).

“I had my emo phase, my metal phase, my 80’s phase, etc,” recalls Reith, who spent his teens drumming and honing his songwriting in a Barcelona band called The Moan before teaching himself guitar, bass and production. “Some of the artists that have stuck with me throughout have been Arctic Monkeys, The Strokes and Radiohead. Recently, Jamie T, Bill Ryder-Jones, The Japanese House, Idles, Tame Impala, Fontaines DC and Kendrick Lamar have all played a part in how I approach aspects of music writing and performance.”

Sprawling over almost an hour in length, his album contains a dozen songs, interspersed with a trio of brief palate-cleansing instrumental interludes. The album’s first half is rawer, slower, unpolished, angry; the second half more textured, introspective and sadder, though, as he acknowledges, those lines are blurred (and, truth be told, two sides of the same coin).

It’s an intensely personal work, yet few of the songs deal in specifics, the abstraction lending it a universal appeal. Even the less personal songs, like the sung-spoken sprechgesang of Stevie’s Got A Family, in which an office worker looks back from his conventional life on the hopes and dreams he left behind, over a disconcertingly jaunty tune, mine the loneliness of the songwriter, exploring the anxieties of young adulthood and independence.

One exception is the regretful, remorseful Skin which sounds like a love song across the divide back to his family, an apology for leaving home, with an attempt at an explanation. Coming complete with a sample of a deeply personal answerphone message, it’s heartbreakingly, painfully sad: “It’ll get better now that the winter’s gone away,” he sings, “Now that the summer’s on its way,” before the song dissolves into a blizzard of guitars that seem to sonically illustrate the whirlwind of conflicting emotions in his head.

At other times Reith rails against more conventional targets, channelling his anger into an attack on Fat Cats over fuzzy guitars (“I’d like to see what happens if they all died out”) but at others he slips into a maudlin, melancholic mood. Shipwrecks, the centrepiece of the album, is a seven-minute slow-build of guitar textures and gently swelling rhythms, while Blind By Numbers starts out gentle and melodic before exploding after the quiet revelation: “I like to talk, I like to be heard… I shout a lot, I HAVE to be heard”

The second half’s highlights include the upbeat Mirror Museum (“Alone and happy again / A little sad when I’m stuck in my head”) and another extended effort, The Carnival, with Reith’s vocals right up front over a spectral backing before the guitars come into their own: it’s a song that would not have sounded out of place on the Monkeys’ own Tranquillity Base Hotel.

In many ways the album saves its best for last. Penultimate tune Attention To Detail mixes melody and emotion to powerful effect, its murmured vocals buried lower in the mix, before the epic, conceptual finale of Part 2 – the song from which the album takes its title (“She said ‘I’m not angry. But sad, maybe’”) – taking us on a sonic odyssey before slipping away with a pretty piano coda.

Aptly, that closing piano part, upon which the album floats off into the ether on a wave of gentle distortion like a boat lost at sea, is the only element recorded back in Barcelona – a literal embodiment of the album’s emotional theme of the eternal conflict between independence and home.