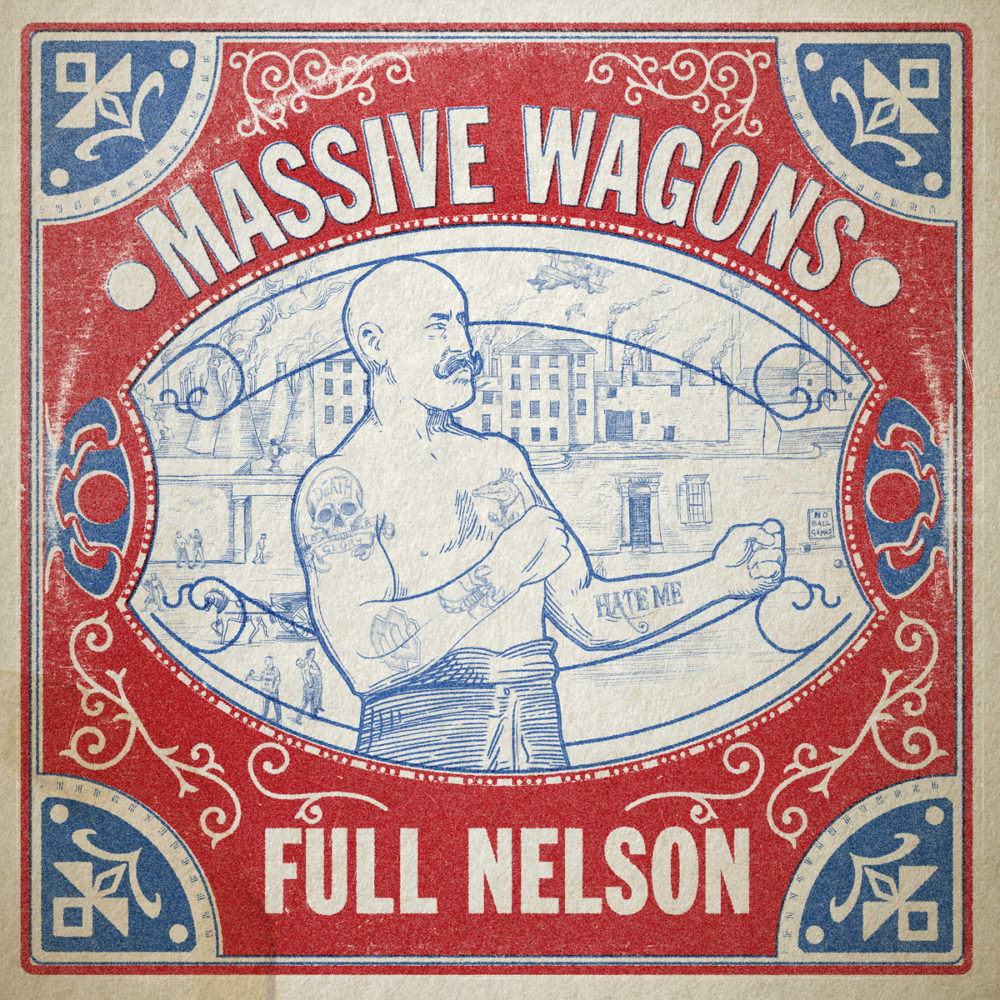 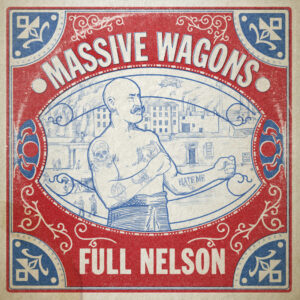 North West hard rockers Massive Wagons produce their best record to date, full of surprises and energy. We enjoy the stompathon that is Full Nelson and live to write about it

Massive Wagons are coming up to their tenth birthday. To celebrate they are giving us a fourth studio record, Full Nelson. The boys have been making a load of live appearances all over the UK over the last few years to a rapturous reception. They are a band that don’t take themselves too seriously and know how to put on a fun show, which is just what rock and roll should be about.

Full Nelson feels like a step up both in terms of songcraft and energy. It’s a delightful roller coaster of a record, veering from the straight-up hard rock of Under No Illusion to Offspring-Esq pop/punk of China Plates and the melancholic wandering of Ballad of Verdun Hayes. This is a record that’s hard to get bored of, proven by the fact that it’s been on repeat in my car for the past couple of weeks. It stands above all of their other releases for me – it’s more mature in terms of writing but still retains that fun-loving vibe from their live show.  The production is better and songs are stronger than ever. You can see this clearly looking at the streaming stats for the band – their three most listened to songs are the first three singles from Full Nelson: Billy Balloon Head, Under No Illusion and China Plates – all of which are awesome.

I am known for having fleeting favourite records but Full Nelson is front and centre in my musical universe right now. It’s the kind of record that you listen to on a Friday afternoon after work: it will pull your hair, slap your face and then kick you up the arse. Three songs in and you’ll be smiling and heading to the pub, probably singing in the car as you go.

In summary, if you’re already a Wagons fan, just pre-order the record, you’re going to love it. If you’re not already a fan, there is a strong possibility that you might be by the end of the year. These guys are coming for everyone…

All words by Neil Johnson. More writing by Neil Johnson can be found at Neil’s archive. Neil is also on Instagram as @gigtog and has a  website here: http://www.neiljohnsonphotography.uk/